Mentor, philanthropist, community leader, volunteer. These are just a few of the words used to describe M. Bert Storey – a man who gave freely of himself and whose legacy is large and far-reaching.

Until his death on April 27, 2018, Storey maintained his love for family, for friends and for his community. He was generous with his time, with his resources and with his many talents.

A successful business leader, most recently as the founder of Bert Storey Development Corporation, Storey had a sharp intellect and a keen sense for business development.

Regent James M. Hull, with whom Storey had a long business relationship, held Storey in high regard, stating in an article published in the Augusta Chronicle, “Bert was a great friend and partner and mentor to me and many others in our company. There was never a better or smarter or more ethical colleague than Bert.”

Storey was also noted and highly regarded for his philanthropy. His generosity did not go unnoticed. He and his son, Barry, received the Outstanding Philanthropist Award from the Greater Augusta Chapter of Fundraising Professionals and the Augusta Exchange Club presented Storey with its Book of Golden Deeds Award, recognizing those who have demonstrated exceptional volunteer service in the Augusta community.

In 2016, Dr. Brooks Keel, President of Augusta University, presented Storey with its highest honor, the President’s Award, for his transformational giving to the Cancer Research Building that will bear his name.

Like many, Storey’s family had been touched by cancer and he was determined to do his part to help eradicate it. He contributed generously to the building that will provide an additional 72,000 square feet of cancer research space – greatly increasing the capacity for groundbreaking cancer research.

The grand opening of the M. Bert Storey Cancer Research Building of the Georgia Cancer Center was held December 3, 2018. 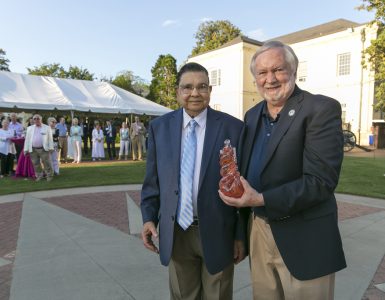 “Dr. Virendra B. Mahesh has been a pioneer in steroid biochemistry and reproductive biology for more than four decades. His contributions as a scientist, educator and scholar are truly remarkable.” So began the program... 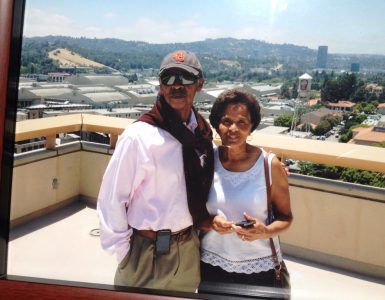 Lives well lived. Simply stated, Pat and Ed Polite have been quietly helping others achieve their dreams for many years at Augusta University. Ed is a proud alumnus and, after graduating in 1969, went on to distinguish...