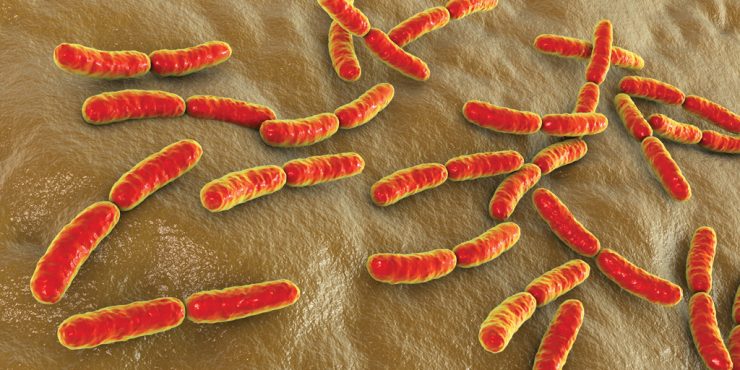 Through the Scope: A Perfect Storm

A picture might be worth a thousand words, but when Dr. Satish S.C. Rao, director of neurogastroenterology/motility and the Digestive Health Clinical Research Center at the Medical College of Georgia, saw a cellphone video of a patient’s stomach going from flat to looking nine months pregnant in a matter of seconds, he knew he was witnessing something extraordinary. In 25 years of caring for patients with unexplained bloating, he’d never seen anything like it. But in this case there was a twist — brain fogginess. The patient, an experienced bank teller, had been directed to Rao not for the dramatic bloating, but because she was signing off on risky transactions she normally wouldn’t, which seemed to be tied in somehow to the bloating.

About a month later, Rao encountered a patient with bloating and similar cognitive issues, so he started investigating, which led him to an unexpected culprit: probiotics.

“I never set out to look for probiotics,” Rao says. “My main goal was to relieve the suffering of my patients. I wanted to find out what was happening to those people — why they were blowing up like this, why they were getting foggy in the brain and what I could do to help.”

Over the course of the five-year study, Rao and his team found that all of the 30 patients who experienced brain fogginess were taking probiotics. When they were taken off probiotics, nearly 80 percent were cured of the bloating and fogginess.

Probiotics — bacteria found naturally in yogurts and sauerkraut and fermented foods — have been a perfectly safe part of our diet for years, but the massive, unfocused number of bacteria being unleashed into the body by the mostly undirected consumption of probiotics in pill form is something relatively new and potentially problematic: The primary bacteria, lactobacillus, has an enormous capacity to produce D-lactic acid, which, when it accumulates in the body for a period of time, can pass into the brain, causing the kind of fogginess that Rao saw in those first patients.

While Rao says he has no objection to probiotics if recommended by a physician, he says the study proves there can be danger with their self-administration, particularly given current conditions, which he calls a perfect storm that could seriously jeopardize the health of a significant and growing population that is taking probiotics along with over-the-counter proton-pump inhibitors (PPIs) such as omeprazole and lansoprazole, and opioids, either prescribed or illegal. With opioids slowing gut motility, PPIs weakening the acid barrier and therefore allowing bacteria-rich food into the small bowel, and probiotics throwing even more bacteria into the environment, the stage is set for severe problems.

“My message is as much for my physician colleagues as to the public,” Rao says. “If you’re taking opioids or PPIs or any drugs that are going to interfere with gut motility, then be doubly aware of taking probiotics, because you’re setting the stage for creating this kind of colonization.”