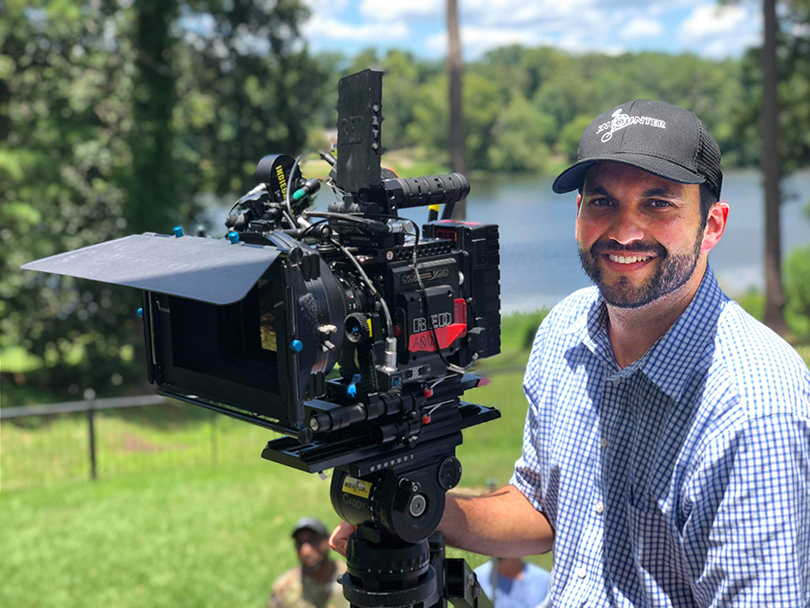 Denton Adkinson (BA ’06) knew he was interested in making movies early. While still in high school, he met up with local filmmaker Bryan Williams, and by the time Adkinson was in college, the two had formed a production company, Bryton Entertainment.

“I learned the theory in school and the actual practice of doing it outside of school, so I had twofold learning,” he says.

That twofold learning put him on a fast track to creating documentaries about the Tuskegee Airmen and Graniteville, South Carolina, and working as director of photography on independent films like Happy and Encounter. Along the way, he’s also made commercials for Walmart and episodes of the docuseries Uncensored. His player interviews at the Masters Tournament have been seen all over the world. His latest film, Tulsa, which was co-produced and co-directed by Gloria Stella (AA ’09) and filmed almost entirely in Augusta, including the Simulation Center in the J. Harold Harrison, M.D. Education Commons, had a red-carpet premiere in Augusta on Aug. 21.

“The crew wanted to make the absolute best film they could and worked tirelessly every day to maximize our time on set. You can see every crewmember’s handprints on the finished film.”

“People see a two-minute scene and think it didn’t take more than a couple of hours to film. In reality, we were on set 14 hours to get those two minutes.”

“I haven’t shot a movie this year. There was a Western I was looking to do around June, a thriller earlier in the year and an action-adventure movie in the fall. All were pushed because of COVID-19.”