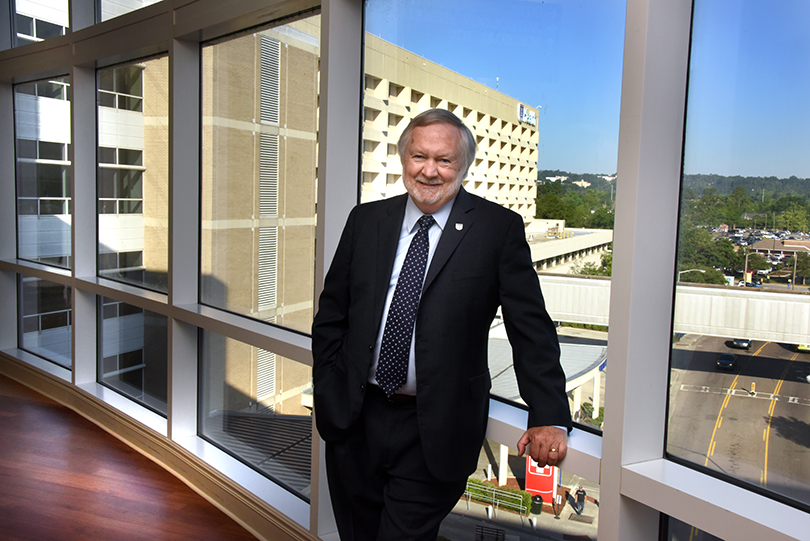 As the COVID-19 pandemic continues to bring new challenges our way, I remain incredibly proud of the way the Augusta University family stands committed to what has always been our No. 1 priority: our patients and our students.

The early expertise and leadership we were able to provide during the testing phase of the pandemic proved crucial to the health and well-being of the entire state, and as that work has evolved into the coordinated distribution of the COVID-19 vaccine, we continue to play a key role in protecting the population from this deadly disease. Thanks to strong partnerships throughout the community, we have been able to open additional clinics to increase the number of area residents with access to the vaccine, including a Washington Road location whose use was donated to Augusta University Health by the Augusta National Golf Club along with a $2 million joint donation with the Community Foundation for the CSRA that allowed the opening of pop-up clinics in underserved areas of Augusta and the launch of AU Health’s first mobile vaccination clinic.

Because we recognize our responsibility to address the health disparities that exist in our minority and underserved communities, we have also joined with church leaders and the Georgia Department of Health to increase access to COVID-19 vaccines and to provide education about the benefits of the vaccine by opening clinics in places of worship within the Augusta area.

Our efforts as the state’s only public academic medical center and home to the Medical College of Georgia have brought us increased attention. Not only are Augusta University experts being sought by media outlets across the globe, but Gov. Brian Kemp recognized us in his State of the State speech, calling us a “premier medical research institution” while touting our testing efforts across the state.

And yet, even with so much focus given to testing and vaccine efforts, we never wavered from our commitment to our students, increasing enrollment this fall by a little over 3 percent even during this period of universal upheaval. This success is certainly a testament to the hard work being done by our admissions team, but it’s also, in no small part, due to the examples set by every member of Jaguar Nation, from our enthusiastic students to our dedicated faculty and resilient staff to the advocacy and generosity of our alumni.

Thanks to the efforts of all of us, Augusta University remains strong even in the face of continued adversity. And in our uncertain, ever-changing world, more people than ever are turning to Augusta University.

Donald Lynch (MD ’71) is partnering with researchers in St. Louis and the 2019 PRIDE-Functional and Translational Genomics of Blood Disorder program at Augusta University to develop a smartphone app that will deliver COVID-19 information and education that is targeted toward Black communities.

Cecil Myers (DMD ’75) was named chairman of the Board of Sumter EMC.

Frank Butler Jr. (MD ’80) received the American College of Surgeons Distinguished Military Lifetime Achievement Award during the convocation ceremony that preceded the opening of the college’s virtual Clinical Congress 2020, one of the largest international meetings of surgeons in the world.

Zachary Taylor (MD ’82) was named director for District 2 of the Georgia Department of Public Health after serving in the role on an interim basis.

Lindsay Holliday (DMD ’83) advanced from the Democratic primary on June 9, 2020.

Martha Tingen (MSN ’83) was a guest on The Means Report on WJBF to discuss safety and COVID-19.

Douglas Duncan Jr. (BBA ’85) serves as the vice president of recruiting and Staffing at MAU Workforce Solutionsand chair of the Columbia County Board of Commissioners. Duncan was one of 67 appointees announced by Georgia Governor Brian P. Kemp.

Drew Ferguson (DMD ’92) is a resident of West Point, Georgia, and a member of the U.S. House of Representatives from Georgia’s 3rd District.

William Hancock (MD ’92) is president and chief of staff with Tiftarea Cardiology.

Jack Leverett (DMD ’92) celebrated his dental practice being named September 2020 business of the month by the Bainbridge-Decatur County Chamber of Commerce.

Jay Goldstein (MD ’95) had his career highlighted in the Savannah Morning News regarding the impact of the pandemic.

Ethlyn McQueen-Gibson (MSN ’97) was named chair of the board of the Hampton Roads American Heart Association/American Stroke Association and was awarded a $1.18 million grant from the National Institutes of Health, in partnership with Eastern Virginia Medical School, for a study related to COVID-19.

Matthew Morrey (MS ’97) was recognized by Continental Who’s Who as a Top Orthopedic Surgeon for his role with Christus Orthopedics & Sports Medicine.

Matt Lyon (MD ’99) was featured on WJBF to discuss how telemedicine is helping to bridge the gap for patients in rural hospitals.

Tracy Lovell (’00) was named a 2020 Top Doctor in Rheumatology by Atlanta Magazine for the fifth year in a row.

Andrew Campbell (BA ’02) was named the manager of spiritual care department at Providence Little Company of Mary Medical Center in San Pedro, California. He also won the Values in Action Award for 2020, the highest caregiver award for Providence Health System.

Justin Baker (MD ’04) was recently appointed to the Colquitt County Hospital Authority, the governing board of Colquitt Regional Medical Center.

Daniel Karolyi (MD ’04) was named chair of the Department of Radiology at the Virginia Tech Carilion School of Medicine and Carilion Clinic.

Stacie Pettit (MEd ’04) was featured on WJBF-TV regarding her advice on learning to teach outside the classroom.

Mark Sonenshine (MD ’06) was featured on 92.9 The Game about individuals getting screened for colon cancer.

Destin Hill (MD ’07) joined the Emory Orthopaedics and Sports Medicine team as a team physician for the Atlanta Falcons who will work primarily out of the Flowery Branch clinic connected to the Falcons training facility.

LaToya Wiley (MEd ’07) was promoted to the director of the special programs department by the Aiken County Public School District in Aiken, South Carolina.

Mallory Shirey (BSN ’09) was featured on WRDW-TV about being a nurse during the pandemic and how encouraging the Augusta University Paw Pals program has been.

William J. Healy (MD ’10) was featured in a wellness article on Huffpost about what not to do before going to bed.

Jeffrey Switzer (MCTS ’11) was featured in The Augusta Chronicle about how heart and stroke damage could lead to a new wave of illness from the COVID-19 pandemic.

Ami DeWaters (MD ’12) was featured in the “Exceptional Moments in Teaching” program as assistant professor of internal medicine and assistant director of Health Systems Sciences, Education at Penn State University.

Daniel F. Linder (PhD ’13) was featured in Scienmag regarding to researchers forecasting elections with a model of infectious diseases.

Azadeh Esfandiarinia (DMD ’14) was featured in an article in East Cobber about her practice, Boutique for Cosmetic Dentistry.

Peter Karempelis (MD ’14) wrote an article for Tampa Bay Parenting about sneezing during a pandemic.

Jennifer Mashburn (MPH ’16) was highlighted in an article for Auburn University’s The Newsroom about her passion for running as an interventional radiologic technologist for the WellStar Kennestone Hospital’s Vascular Institute in Marietta, Georgia.

Zachary Hodges (MD ’17) was featured on WRDW-TV about how social media quizzes can provide important information to cyber criminals.

Graham Kellams (DMD ’18) was announced as the newest member of Pure Smiles Dentistry.

Marlo Vernon (PhD ’18) hosted a meeting for Jones County, Georgia’s Suicide Coalition to work on ideas for suicide prevention month, according to The Jones County News.

Krista Havens (BA ’20) was accepted into Lincoln Memorial College of Medicine in Tennessee.

Dr. Bindiya Gandhi wrote an article for MBGHealth about what happens when you abruptly stop taking a probiotic.

Dr. April Hartman was featured on WRDW-TV about making mask wearing a part of life for children.

Dr. David Hess, dean of the Medical College of Georgia, joined The Means Report to discuss MCG’s new 3+ program and what the college is doing to address the state of Georgia’s physician shortage.

Dr. Dale Peeples was featured in an article for Metro Atlanta CEO about the second wave of COVID-19 and America’s mental health.

Dr. Michael Rivner was featured on Medical Xpress about how patients with recently discovered antibodies have more severe myasthenia gravis.