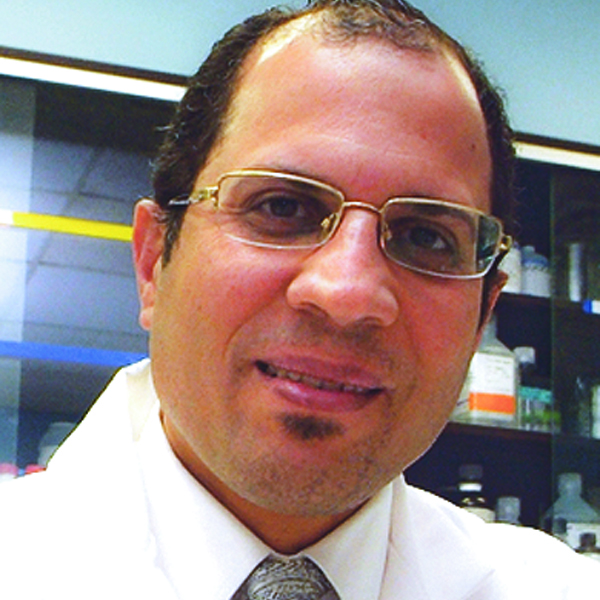 Dr. Mohamed Al-Shabrawey, Associate Professor in the Department of Oral Biology, has received a Research Excellence Award from the Qatar Foundation for his research into the effects of a dietary supplement with omega-3 polyunsaturated fatty acid on retinal recovery following traumatic optic neuropathy. The research is funded by GRU’s Culver Vision Discovery Institute.

Dr. Christopher Cutler received the American Dental Education Association’s 2015 Gies Foundation Drs. Connie L. and Richard R. Drisko Scholar Award to attend its 2015-16 Leadership Institute. Cutler, Chairman of the Department of Periodontics and Professor in the Departments of Periodontics and Oral Biology, has also been named to the dual role of Associate Dean of Research (see page 20).

Dr. Eladio DeLeon Jr., Program Director and Marvin C. Goldstein Chairman of Orthodontics, has been named President of the American Board of Orthodontics. DeLeon also serves as Interim Chairman of the Department of Pediatric Dentistry.

Dr. Mohammed Elsalanty, Associate Professor of Oral and Maxillofacial Surgery, has received an approximately $450,000 grant from the National Institute of Dental and Craniofacial Research to study the role of zoledronate in osteonecrosis.

Dr. Weston “Jette” Fortson Jr., Assistant Professor of Orthodontics, has received the 2015 Excellence in Education Award from the Georgia Section of the Pierre Fauchard Academy.

Dr. Carole Hanes, Associate Dean for Students, Admissions, and Alumni, has been inducted into the GRU chapter of Phi Kappa Phi honor society.

Dean Carol Lefebvre has received a citation from the American Dental Education Association for significant contributions to dental education and the association.

Dr. Cristiano Susin, Associate Professor of Periodontics and Orthopedic Surgery, has been inducted into the GRU chapter of Phi Kappa Phi honor society.

Dr. Frank Tay, Chairman of the Department of Endodontics, has been inducted into the GRU chapter of Phi Kappa Phi honor society.