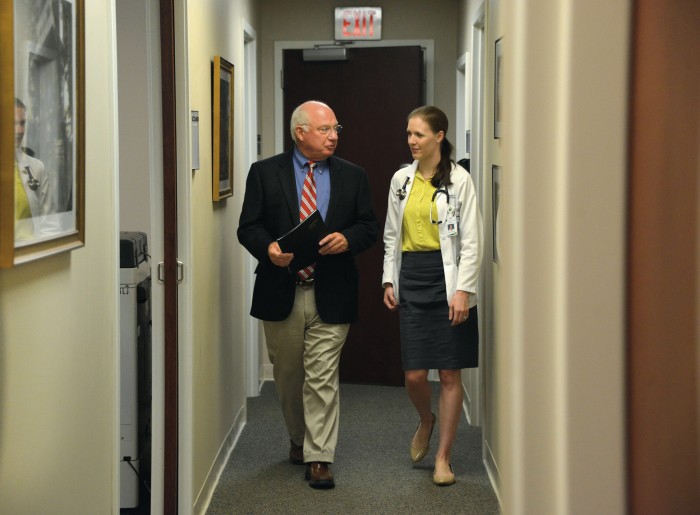 Dr. T. Wayne Rentz Jr. (’72), a surgeon in Brunswick, Georgia, has been named associate dean for the MCG Southeast Campus, based in Savannah and Brunswick.

Rentz, formerly assistant dean for curriculum, completed a general surgery residency at the Naval Regional Medical Center at Portsmouth, Virginia. After training, he became a staff surgeon at the U.S. Naval Hospital at Roosevelt Roads in Puerto Rico and was named chief of surgical services there in 1979. He worked as a surgeon at the Naval Aerospace and Regional Medical Center in Pensacola, Florida, before leaving active duty with the U.S. Naval Reserves and coming to Brunswick in 1983 as a private practice surgeon, based at Southeast Georgia Health System. He has served in many roles within the health system, including chief of staff, director of the Surgical Intensive Care Unit and as vice chairman of the Credentials Committee. 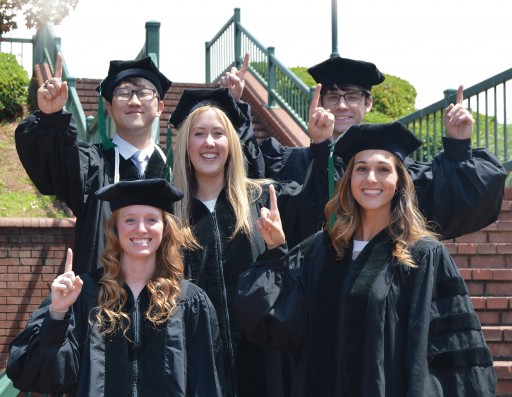 The first students to complete their clinical education at MCG’s Northwest Campus in Rome graduated in May.

The graduates and their residency programs: 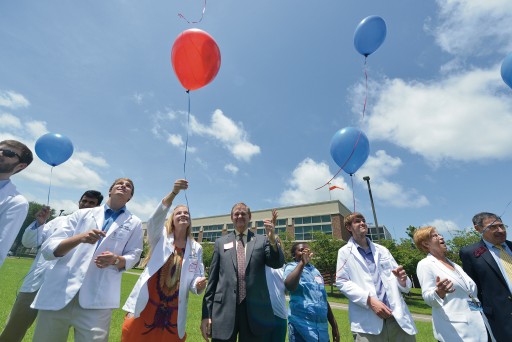 Although MCG students have participated in clinical practice experiences in southwest Georgia for decades, the clinical campus formalized the relationship while helping alleviate a statewide physician shortage. The Liaison Committee on Medical Education accredited the site in 2010, and the first residential students arrived that July. Since 2010, 72 students have lived and learned alongside Southwest Georgia physicians, an important aspect of ensuring the area has plenty of physicians in the future, said Dr. Granville Simmons, associate dean of the campus.

“We hope that by providing top-notch clinical experiences to them as third- and fourth-year medical students, they will want to return to the area to practice after they’ve completed their training, and ensuring access to top-notch health care is essential to this area’s growth,” he said.

The first class of 10 internal medicine residents at St. Mary’s Health Care System officially began work on July 1. The residency program is a component of the GRU/UGA Medical Partnership and St. Mary’s.

“The start of northeast Georgia’s first residency program is a historic occasion,” said St. Mary’s President and CEO Don McKenna. “It is the product of years of hard work and offers an unprecedented opportunity to enhance access to quality care by attracting a new generation of primary care physicians to our region.”

The Internal Medicine Residency Program’s inaugural class members and their undergraduate/graduate and medical schools are:

The American University of the Caribbean School of Medicine

University of the Caribbean School of Medicine

Dr. Leslie Petch Lee, who has been assistant dean for curriculum at the Georgia Regents University/University of Georgia Medical Partnership since 2010, was appointed interim campus dean in May.

A national search for the next permanent campus dean is underway.