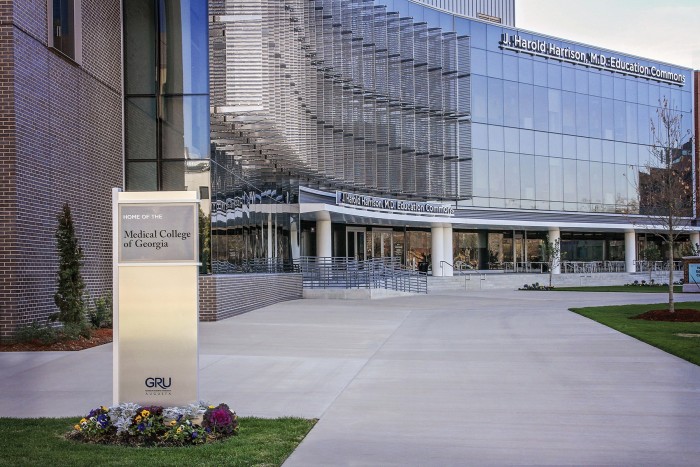 Dr. S. William Clark III (’79) received the Joseph P. Bailey Jr., MD, Physician Distinguished Service Award during the Medical Association of Georgia’s 162nd House of Delegates. The MAG award is given to a physician for distinguished and meritorious service that reflects credit and honor on MAG. His nomination cited Clark’s legacy in developing and nurturing the Georgia Physicians Leadership Academy, which celebrated its 100th graduate in 2016. Clark was MAG’s president in 2006-07.

Dr. Lawton C. Davis (’79) was named health director of the Coastal Health District for the Georgia Department of Public Health. He was previously health director for the South Central Health District. An internist, he practiced for 13 years and worked full time as an emergency room physician for two years in Dublin, Georgia, before joining public health in 1998.

Dr. Steven M. Walsh (’82), founding and managing partner of North Fulton Anesthesia Associates P.C., was sworn into office as the president of the Medical Association of Georgia during a ceremony that took place in conjunction with the organization’s 162nd House of Delegates meeting in Savannah on Oct. 15.

Dr. Ronald T. Stephens (’90) was promoted to brigadier general and top Army medical officer at Joint Base Lewis-McChord, Washington, in May. Stephens is posted at Joint Base Lewis-McChord to oversee Army medicine on the West Coast and Alaska. He was commissioned in 1986 from North Georgia College and joined active duty in 1990 after attending MCG.

Dr. Ehab Sharawy (’94) was recently named physician leader at Novant Health/University of Virginia Health System in northern Virginia. In his new role, Sharawy will have responsibility for physician strategic growth and development in the Virginia market and service lines. He remains a licensed obstetrician-gynecologist in North Carolina.

Dr. Richard Harp (’98) an interventional radiologist, has been named chief of staff at Spartanburg Regional Medical Center in Spartanburg, South Carolina, where he previously served

as chairman of radiology. He is a partner in Upstate Carolina Radiology and is co-founder of the Southern Vascular Institute.

Dr. Allen Coffman (’99) a pediatrician with Highland Pediatrics in Hixson, Tennessee, and president of the Pediatric Health Improvement Coalition for the Tennessee Valley, was awarded Pediatrician of the Year by the Tennessee American Academy of Pediatrics for his work in the Chattanooga area and across the state. In addition to practicing full time at Highland Pediatrics, Coffman developed and launched the TNAAP Pediatric Health Improvement Initiative in Tennessee (PHiiT), a network involving state Medicaid leaders, payer representatives, the Department of Health, academic medicine, schools of public health and practice leaders.

Dr. Chad Epps (’00) is the new executive director of the Interprofessional Simulation and Patient Safety Center, set to open in 2017 at the University of Tennessee Health Science Center.  Epps, an anesthesiologist, will be the first to lead academic programs in the new $36.7 million building, which will allow students from all six UTHSC colleges to train together and develop their team-based health care skills.

Dr. Mac Sims (’02), an orthopedic spine surgeon with Tifton, Georgia-based Optim Orthopedics, has invented a device that enables treatment of a common spine condition more effectively and with less invasive surgery. The Syzygy Stabilization System is used in the surgical treatment of spondylolisthesis, a defect that causes part of the backbone to slip to one side of the body. Working in partnership with the medical device company Amendia, the screw-and-rod system was patented and received FDA approval this year.