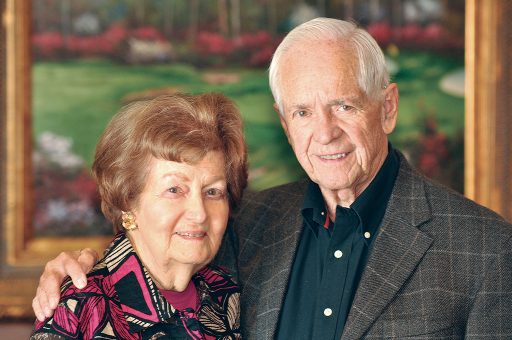 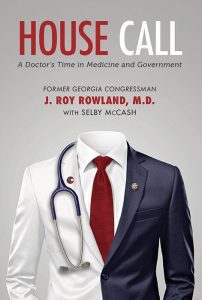 “The person responsible for us having done this was Selby McCash,” says Rowland. The former Atlanta Journal-Constitution political editor and Macon Telegraph political writer was also Rowland’s administrative assistant and communications right arm during his time in Congress. McCash contacted Rowland shortly after he left the U.S. House of Representatives in 1994, urging him to share the untold story behind health care reform. Rowland wasn’t ready.

McCash called again in 1999, then again in 2014. That last call came at the right time. Rowland had decided he needed to write something about his life for his family and had just come off four days of putting his thoughts on paper. “It was so awful, I threw it in the trashcan,” he says ruefully. “And a few days later, Selby called again, and that’s how it came about.”

Three years and hundreds of hours later, House Call shares Rowland’s story of the behind-the-scenes machinations of a complex health care reform package and his unique role as one of two physicians serving in Congress at that time. In between, he takes us back to his early years, starting with an idyllic childhood in rural Wrightsville, Georgia, during the Great Depression; a short time serving overseas in France and Germany during World War II; and “the best continuous four years of my life” at the Medical College of Georgia before returning to rural Georgia — Dublin — to start his family practice.

His path to politics was a direct one. After all, Rowland’s own father was a Superior Court judge, and other relatives on his father’s side served in government. But Rowland recalls the tipping point clearly: the Health Planning and Resource Development Act of 1974, which came on the heels of Medicaid, which was signed into law in 1965. “I felt the government was getting more involved in telling physicians and other medical people how to do their practices, how to take care of patients,” says Rowland. “So I decided I wanted to try and do something about it.”

Looking back, Rowland recalls fondly his work to help ban Quaaludes, create the National Commission on AIDS and provide additional benefits to veterans. But the unspoken message of House Call is a love letter to his wife of 71 years, Luella. “I don’t think I could have accomplished anything I did had it not been for my wife,” says Rowland. “Really, she has been with me every step of the way.”

He shares one anecdote from his life story: “Following the campaign, I attended a civic event in the southern end of the district. When introduced as J. Roy Rowland to someone I hadn’t met before, the individual said, ‘Oh, you’re Luella’s husband.’ If that’s how I’m remembered, I’ll be happy.”