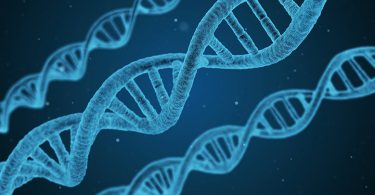 In 2011, professional tennis player Venus Williams dropped out of the U.S. Open and revealed to the world that she had been diagnosed with an autoimmune disease, Sjogren’s syndrome.

Researchers at Augusta University recently obtained a patent for a predictive, diagnostic and prognostic kit that will help address issues surrounding the disease. READ MORE

A decade of data on hundreds of boys and girls who received the HPV vaccine indicates the vaccine is safe and effective long term in protecting against the most virulent strains of the virus, researchers report.

The findings support more widespread and early administration of the HPV vaccine before preadolescents and adolescents are exposed to the nation’s most common sexually transmitted infection and the most common cause of cervical cancer, they report in the journal Pediatrics. READ MORE

Millions of people around the world suffer from deteriorating vision and blindness when light-sensing photoreceptor cells in the back of the eye malfunction. Called retinal degenerative disease, the two most common forms are age-related macular degeneration and retinitis pigmentosa.

The Foundation Fighting Blindness has awarded a three-year, $300,000 grant to Dr. Sylvia Smith, a researcher and co-director of the James and Jean Culver Vision Discovery Institute at Augusta University, to further study retinitis pigmentosa. Smith’s team is one of only six research teams in the country to receive an individual investigator research awards from the foundation. READ MORE

There is increasing evidence that too many sugary drinks may set us up for rapid weight gain.

Scientists have evidence that sugary drinks, even more so than sugar-laden foods, can quickly make rats – and likely us – resistant to the satiety hormone leptin. READ MORE

A microscopic structure that has been used in ketchup could be the key to revolutionizing medical procedures, including cancer treatment, according to a team of researchers from Augusta University, the Applied Research Center and Savannah River National Laboratory.

Silica has been used in some ketchup formulas to thin it out when the bottle is shaken. READ MORE

HAVE YOU EVER noticed how hot a laptop or cell phone can get after hours of use? This is one of the biggest problems with modern-day electronics, according to Dr. Trinanjan Datta, associate professor of physics in the Augusta University College of Science & Mathematics.

When electronic devices overheat, it can cause an increase in the electric bill. This is the focus of Datta’s newest research project. He is searching for a way to mitigate heating problems and make electronic devices work in a more efficient way. READ MORE

Out of the Lab: Better Together