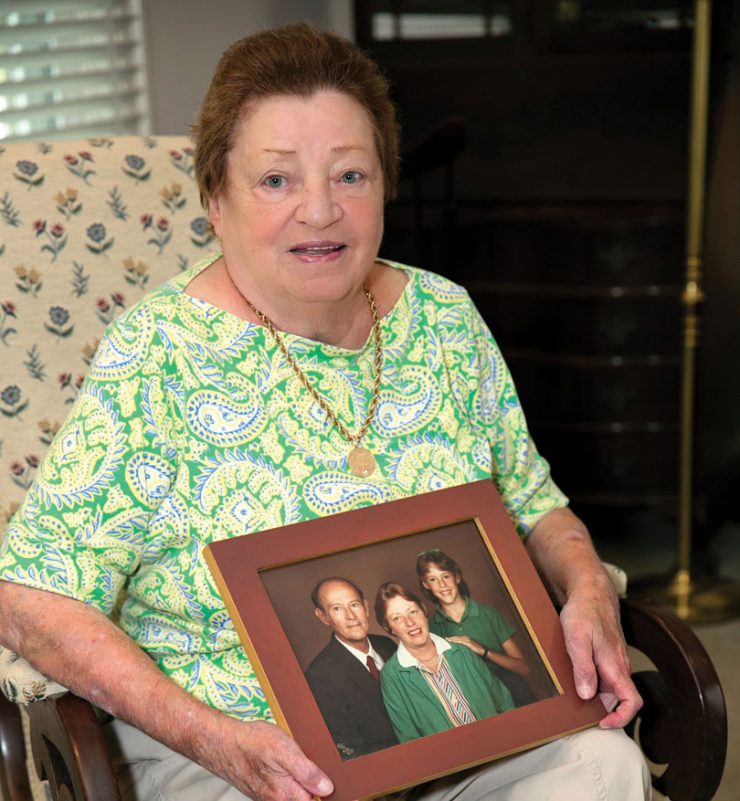 The words no parent wants to hear were spoken more than 30 years ago: “Your child has cancer.”

For the next several years, Elizabeth and Dudley Jervey focused solely on the fight for their daughter’s life. It was almost inconceivable that their smart, beautiful, accomplished and fiercely independent teenager — their only child — had been stricken.

Named after her paternal grandmother, Margaret Wellons was a force of nature. She loved playing piano, fishing and cheerleading and was active in her church. She also loved her horse, Jigsaw. Life was good.

But Wellons started to feel tired. She found she could no longer keep up the busy pace of her teenage life. Concerned, her parents took her to the doctor.

The brutal diagnosis was non-Hodgkin lymphoma.

At that time, the late 1980s, finding treatment was a struggle. “There wasn’t anything anywhere really,” Elizabeth recalls. They spent a few years making the long trek to Columbia, South Carolina, and eventually ended up at Johns Hopkins, even farther from home, where Wellons underwent treatment that included a bone marrow transplant.

After returning to the family’s home in Greenwood, South Carolina, Wellons would drive herself to the local hospital for her blood work. “She was tough,” Elizabeth says with still-evident pride. Her daughter faced her disease with grace and strength and focused on living life to the fullest.

But despite everything, the disease ultimately took her young life. Wellons died in 1990, less than three weeks after her 17th birthday.

As any parent who has lost a child knows, even 30 years cannot erase the heartbreak. It is said that her father, Dudley, never recovered; his heart began to fail, and Elizabeth believes he ultimately died of a broken heart.

Over the years, Elizabeth often thought of the struggle her family went through to find treatment and wondered if there was a way she could help other families with a child facing cancer.

Then one day, she saw an article about an extraordinary gift that had just been made to the Georgia Cancer Center at Augusta University. She read that the donors were contributing to research and treatment of pediatric cancer — the leading cause of disease death in American children.

“Here it is,” she thought, “the very thing that I have been wanting to do to make a difference.” It seemed especially fitting, since Elizabeth and Dudley had met while both worked at Augusta College.

Elizabeth chose to make a generous gift to the Georgia Cancer Center in memory of Wellons.

Today, Elizabeth’s home is filled with pictures of Wellons, surrounded by family and friends, reflecting a young woman who was well loved and self-assured. Elizabeth smiles when she recounts the amount of life that Wellons packed into her 17 short years.

It’s taken her a long time to speak about the unthinkable to others, but now that she has found her long-sought way to make a difference, she finds she is able to share her daughter’s story more freely.

At the heart of her gift, she says, is one simple wish: “I don’t think any mother or father should have to see their child die.”

In the Field: Elevating the Quality of Care