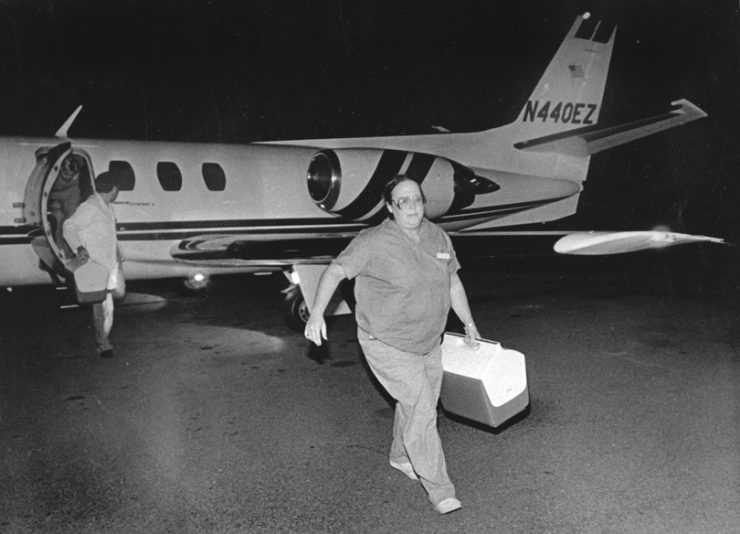 When officials cut the ribbon for the 14,000-square-foot Carlos and Marguerite Mason Solid Organ Transplant Center on Apr. 27, 2017, among the distinguished guests was Dr. Arthur Humphries, who performed the Medical College of Georgia’s first kidney transplant on Aug. 28, 1968.

Augusta University Health and the Medical College of Georgia will be celebrating the 50th anniversary of its organ transplant program in 2018, and its legacy is undeniable: over 2,500 transplants, a significant number of new physicians trained and the increased knowledge that comes from such a vigorous commitment to patient care.

Fifty years ago, however, it was all uncharted territory. Prior to 1968, kidney transplants were only conducted at a few of the large, pioneering hospitals because the procedures were considered investigational. But when Medicare began to cover transplants in the late 1960s, transplant programs started to launch across the country, including in Augusta.

Despite this new attention, kidney transplants were anything but routine, and when Wayne Mitchell gave his brother Larry one of his kidneys in that first seven-hour operation performed by Humphries, it was a historic — and dangerous — sacrifice.

According to The Augusta Chronicle report the next day, Mitchell told his wife, “Now I’ll have one good kidney, and my brother will have one.”

Larry Timms, the fourth patient to receive a kidney transplant at Augusta and the program’s longest-surviving transplant patient, was able to join Humphries at the new transplant center’s opening. He was also at the transplant center’s 40th anniversary celebration, where he spoke about the care he received, particularly from Humphries.

“He was so concerned about me, and the transplant program was so new,” he said. “He would sleep in my room many nights, just to keep an eye on me.”

Timms was just 18 years old when he received a kidney from his sister, Sherry. Forty years later, Timms joked that the kidney had been in his body longer than it had been in hers.

Humphries would go on to perform more than 500 kidney transplants before retiring in 1997.

“I’m very proud to have helped so many,” he said.

The new $4.1 million multidisciplinary center is located on the third floor of Professional Building 1 on the Health Sciences Campus, adjacent to the medical center where the first transplant was performed. The state-of-the-art space doubles the capacity for transplant evaluations and ongoing care and includes an infusion room, a medication assistance program and an education library.

Continuing the long tradition as a leader in transplant care, the center is Georgia’s only transplant center outside of Atlanta and offers novel approaches to kidney transplants, including paired, altruistic and chain donations. It has twice been named a national Kidney Transplant Center of Excellence. 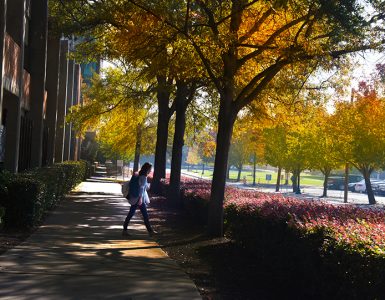