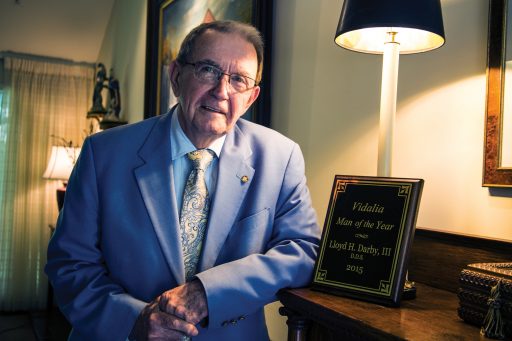 Editor’s note: This is the fourth in a series of Word of Mouth articles highlighting community-based dental rotation sites for seniors.

A patient at the Lloyd Darby Compassionate Care Dental Clinic in Vidalia, Georgia, dolefully admitted during a recent teeth-cleaning that she hadn’t been brushing. That seemed strange. The patient was always immensely grateful for the care she received at the clinic and generally complied with oral-hygiene instructions.

Only further gentle probing revealed that the patient’s water had been cut off; she hadn’t been able to pay the bill. No water, no brushing.

Says Dr. Lloyd H. Darby III, for whom the clinic is named, “I called the water department and made arrangements to have her bill paid. That’s what we do.”

Boon to the Community

More broadly, what he and his fellow volunteers do is serve hundreds of the community’s neediest citizens, most of whom would lack access to dentistry without the clinic. The clinic is a component of Mercy Ministries, a nonprofit seeking to better serve the health needs of the community’s many impoverished citizens.

Mercy Ministries’ executive director, Dr. Nancy Stanley, a 1978 graduate of the Augusta University Department of Physical Therapy, worked with local churches and community volunteers to establish the nonprofit when she was working for an area hospital and noticed that uninsured patients were reluctant to be screened for diabetes. “They didn’t want to know,” says Stanley. “They didn’t have the money to pay for treatment.”

The nonprofit was born, creating a health clinic powered by funds from local churches, businesses and generous donors. Medications are provided by a local pharmacist and from pharmaceutical companies’ medication assistance programs. The clinic was an immediate boon to the community, but Stanley quickly realized how many of its patients needed dental care as well. “We were just overwhelmed by the need,” she says. “This is a very rural, impoverished community. We’re probably in the bottom 10 [Georgia] counties in terms of health indicators.”

Approximately five years ago, Stanley approached Darby, a third-generation dentist in south Georgia. Darby, now 78 and a graduate of Emory University, was experiencing health problems of his own – melanoma, then lung cancer – and had already been considering selling his practice. But he still wanted to stay active in dentistry, so the timing was perfect. He happily signed onto the project.

The East Georgia Healthcare Federally Qualified Health Center provided a facility for the clinic, and The Dental College of Georgia agreed to use it as a rotation site. Two seniors at a time sign on for two-week rotations, providing dentistry supervised by Darby.

Other dentists pitch in as well. For instance, Dr. Michael Frazier (’08) helped staff the clinic before opening a practice in Rochelle, Georgia, that also offers extensive care to the uninsured.

“I helped set up the clinic and get it off the ground,” Frazier says. “Growing up in a blue-collar family, the patients were the kinds of people I could relate to. I’d had a lot of experience treating underserved patients in rotations during dental school too, and I felt right at home. I grew up next to a dairy farm and worked on farms most of my childhood. I knew what it was like not to have a lot of money for health care bills.”

Darby says the most satisfying aspect of this phase of his career is doing what he loves without having money factor into the equation.

“We charge just enough to keep the doors open and the lights on,” he says, noting that his nephew, a Vidalia physician, observed that many of their fellow citizens are as needy as those in the desperately poor country of Belarus, where he has completed mission trips.

Stanley sadly concurs. “These are like Third World conditions,” she says. “I’ve seen people who’ve had strokes and are disabled for life because they couldn’t afford a five-dollar blood pressure prescription. Some of our patients had never had dental care before in their lives.”

And she is eager to dispel any preconceived notions about them. “Many of the impoverished people in our community have jobs but still can’t make ends meet,” she says. “And poverty keeps them from making healthy lifestyle choices. People on low or fixed incomes, for instance, tend to shop in the middle of the grocery store [choosing inexpensive packaged items rather than fresh fruits and vegetables] and buy dollar-menu items at fast-food restaurants. Their diet isn’t about health; it’s about eating whatever is cheap. Then they’re at high risk for lifestyle-related diseases that they can’t afford to treat. The number-one reason for filing for bankruptcy in this country is medical bills.”

Mercy Ministries, including the dental clinic, is improving their lives immeasurably. Says Darby, “At first, we did mostly extractions. Now, they’re coming in for repeat cleanings, which is wonderful. We’re the safety net for people falling through the cracks.”

As exemplified by Darby’s reaction to his patient’s lack of running water, Mercy Ministries seeks to address all of its patients’ needs, not just the health-related ones. “We’re offering a hand up rather than a handout,” Stanley says. “We provide diabetes education, financial counseling, work-life classes like how to make a good impression during a job interview, all those things. We’re trying to remove barriers and give people a pathway out of poverty.”

She is proud to report a 100 percent employment rate among the graduates of work-life classes. “One particular client couldn’t apply for positions because he didn’t know how to use a computer, so we taught him how,” Stanley says. “Now, his 9-year-old daughter sees her daddy getting a paycheck. We’re doing it one person at a time.” 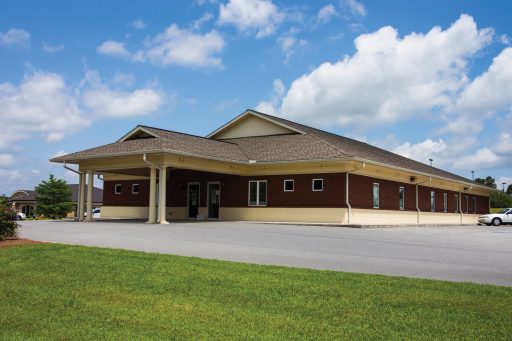 She, Darby and the students agree that the most fulfilling part of the service is sharing in the joy and pride of those who have overcome so many obstacles. “We see lots of tears,” Stanley says. “We just had a graduation for the work-life class, and one of the graduates said he wants to come back as a volunteer, helping other people the way he was helped.”

And her staff does everything possible to optimize the experience for the students completing rotations in the clinic. She usually houses the students herself during their two-week stays. “My husband and I are empty-nesters, so I love it when my bedrooms are full,” she says. “But it’s definitely a community effort. For instance, [Meadows Regional Medical Center] provides them two meals a day.”

Darby, who was named the 2016 Citizen of the Year by the Toombs-Montgomery Chamber of Commerce, raves about the students he mentors. “I’m as impressed as I can be by the people who come out of Augusta,” he says. “Every one of them is different, but I see the same thing I was looking for when I was trying to sell my practice: people with bedrock ethics and top-notch learning. I tell them they’re the best dentists in the world.”

Having just had his 11th clear PET scan following cancer treatment, he plans on mentoring them for a long, long time. “I think I’m pretty good,” says Darby, who was honored with a ceremony May 1 in which his name was added to the name of the clinic. “I’m sure something’s going to knock me down eventually, but I’ll keep doing this as long as I can.”