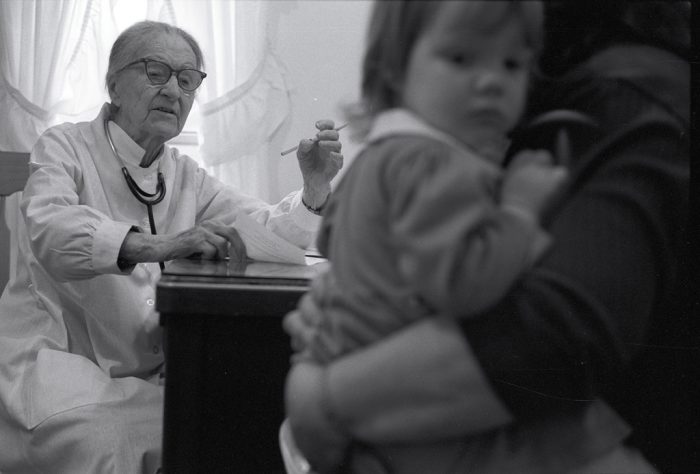 Every child should have a chance.

Those six words guided the life and career of Dr. Leila Daughtry-Denmark (MD ’28), a pediatrician whose career was renowned as much for its contributions as its length. At the time of her death in 2012, Denmark was 114 years old and only 11 years retired. She attributed most of her longevity to her lifestyle; the rest, her ascetic diet. On her 103rd birthday, she reportedly refused a piece of birthday cake, telling a restaurant waiter that she hadn’t eaten anything containing processed sugar in more than 70 years.

In that, and many other ways, Denmark was a revolutionary figure in pediatric health.

At a time when tobacco use was ubiquitous, Denmark was one of the first pediatricians to rail against smoking around children. In her debut book on child-rearing, aptly named Every Child Should Have A Chance, she argued that cow’s milk was a poor, and more importantly unhealthy, substitute for breast milk and that eating fruit was far superior to drinking processed fruit juices.

Today, Denmark’s suggestions seem almost commonplace, and that’s perhaps what’s most fascinating about her publication. Every Child came out in 1971.

It’s fair to say that health wasn’t the only field in which Denmark was “ahead of the curve,” however.

In 1928, she graduated from the Medical College of Georgia, becoming the school’s third female graduate. By 1935, she had opened her own private practice in Atlanta in addition to serving at Grady Memorial Hospital and the Presbyterian Church Baby Clinic. It was during this time that Denmark first conducted research that would shape not only her life, but the lives of thousands of children across the globe.

In 1932, the United States was in the throes of a deadly pertussis epidemic. The highly contagious disease, also known as whooping cough, can be deadly to infants and small children, causing painful, uncontrollable coughing and difficulty breathing. Spurred by the outbreak and the rise in infected children, Denmark, with support from Eli Lilly and Company and Emory University, began studying the diagnosis and treatment of whooping cough. She published her findings in the Journal of the American Medical Association over the course of six years and was later credited as co-developer of the first successful whooping cough vaccine.

All this she accomplished while caring for her own daughter, Mary Alice – at the time just 2 years old.

Even so, Denmark never considered the things she accomplished “work.” Children were her world; their health her purpose. She was so in tune with pediatric health, in fact, that parents of patients would often report that she could tell what was wrong with a child just from watching the child walk through her door. She also took a more preventive approach than most modern pediatricians, choosing to treat illnesses instead of symptoms. She promoted the benefits of healthy living and therapy and resisted the modern temptation to prescribe drugs for every disease – a stance she maintained until her retirement at age 103.

Value Added: Back to the Future