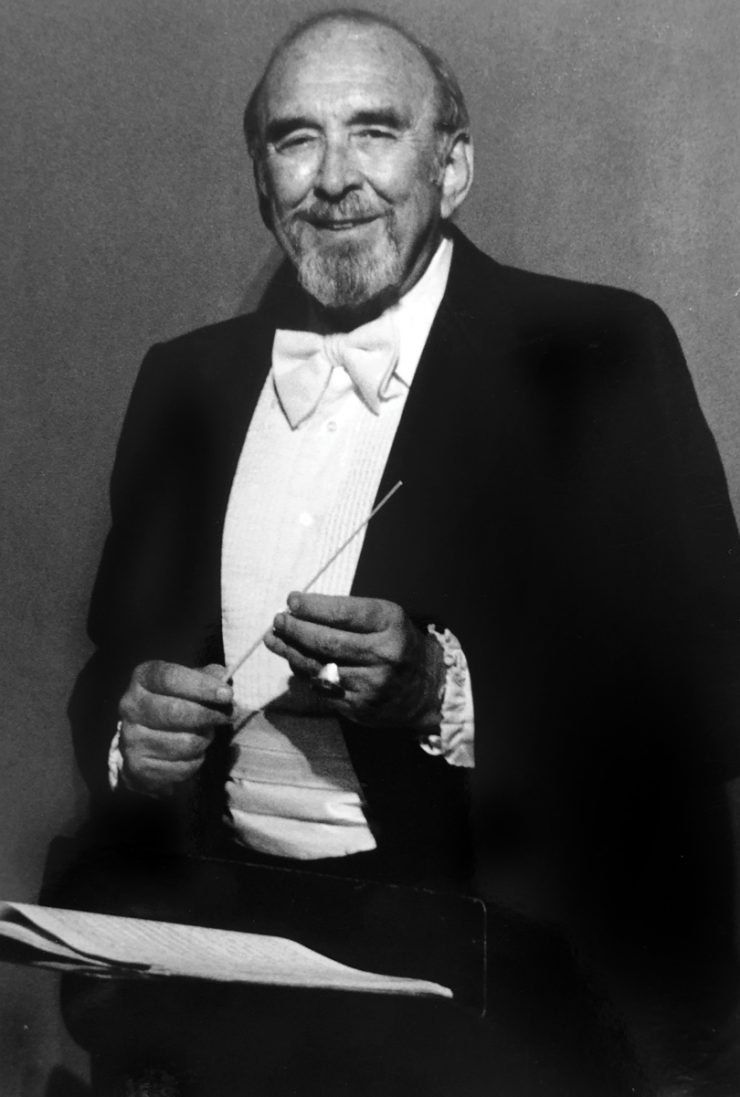 From southern gospel to soul music, Augusta has a thriving music and art culture that has yielded great performers such as the legendary Godfather of Soul, James Brown, and world-famed opera singer Jessye Norman. But it was music innovator Harry Jacobs who was responsible for carving out a place for chamber music in the CSRA.

Throughout his music career, Jacobs had many accomplishments, including launching the Augusta Symphony in 1954 and leading the organization into a thriving 85-member regional orchestra until his departure in 1991. He also collaborated in the creation of the Augusta Opera, the South’s oldest opera company, and the Augusta Ballet.

His impact on Augusta University was just as significant. Not only did he start Augusta’s classical music station, WACG, but he was the first to chair the music department and he designed the Fine Arts Building and the Grover C. Maxwell Performing Arts Theatre, which is celebrating its 50th anniversary.

However, in the early part of 1990, Jacobs met with a small group of music enthusiasts at a friend’s home and launched the Harry Jacobs Chamber Music Society. For nearly 30 years, the society has brought world-class performances to the Augusta area, held private Hausmusik concerts and provided clinics and programs in area schools to groom the next generation of gifted musicians.

Even as Jacobs worked to build the society’s profile, he continued to spend a lot of his time on Augusta’s Summerville Campus. In fact, his granddaughter Erin Dennis remembers riding to school in his yellow Ford Pinto and watching him prepare for lectures and rehearsals.

“The Summerville Campus feels like my second home, because I remember spending many an afternoon watching Papa wield the baton or wandering the halls as he checked on his colleagues in classrooms and practice spaces,” Dennis said. “The knowledge my cousins and I gained on his coattails was immense, and I certainly credit my appreciation for a breadth of musical genres to my time spent watching him do what he loved best.”

As a way to continue enhancing the Jacobs legacy of educating the next generation of talented musicians, the society made the decision earlier this year to bring the  organization back home to Augusta University.

In April, Dr. Elna Green, dean of the Katherine Reese Pamplin College of Arts, Humanities, and Social Sciences, and Quentin Kuyper, former executive director of the Harry Jacobs Chamber Music Society, announced that the society would be located in the Department of Music and will continue offering clinics and concerts.

“The unification of the Harry Jacobs Chamber Music Society with Augusta University is very appropriate and organic,” Kuyper said. “This more formal union establishes a permanent home for one of the most important cultural organizations in the area, providing it with long-term stability while simultaneously creating new possibilities for educational and musical programming.”

“This partnership also feels like a homecoming,” Green said. “Harry’s legacy continues to impact the quality of musical education we provide at Augusta University.”