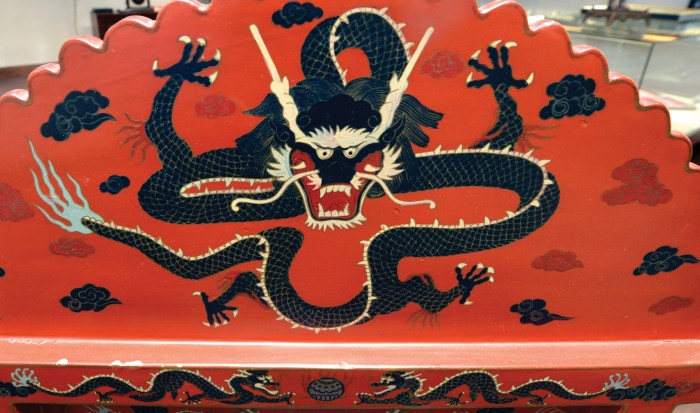 Eye on Campus: Hidden from the Emperor

At 100 years old, this antique Chinese drum is thought to be the oldest artifact in Augusta University’s Confucius Institute Museum, located in the Kelly Administration Building on the Health Sciences Campus.

However, it’s likely to have been crafted by Chinese immigrants in America rather than in China, according to museum staff. One hundred years ago in China, the five-clawed dragon was a symbol of Imperial power, and its depiction was reserved exclusively for the emperor. Anyone else who incorporated the image in a design was suspected of wanting to usurp the emperor’s throne — and would have met with a quite unhappy end.

The museum opened in 2014 when Augusta’s CI was established in partnership with Shanghai University of Traditional Chinese Medicine. The Chinese Ministry of Education sponsors CIs to promote Chinese language and culture, strengthen educational and cultural exchanges, and deepen friendship and understanding among nations.

Augusta’s CI is one of 500 in 134 countries around the world, and the only one in the United States with Traditional Chinese Medicine as an area of emphasis. “All of us know that the world is unbelievably flat right now …  and anybody who is going to be looking for a job is going to have to have some kind of global experience on their transcript,” said Augusta’s CI Director Cindi Chance. 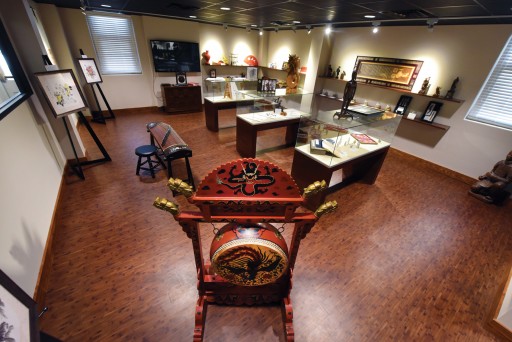 The institute provides the university one language and two TCM instructors. This fall, a Chinese language teacher will begin teaching in Richmond County elementary schools – at no cost to the school district.

Opportunities to travel to China are among the many benefits of the institute. In May, 20 students and 10 faculty members from across many disciplines will visit China for two weeks, with all costs but airfare paid by the Chinese education agency. The Augusta University Jazz Ensemble has been invited to help Shanghai University of TCM celebrate its 60th anniversary and will spend time there learning and sharing musical traditions across the two cultures.

Answers Along the Way: Barbara Simms