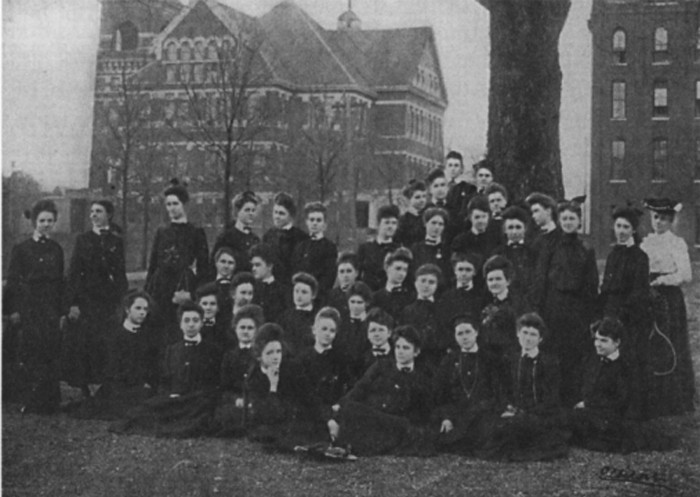 History & Heritage: Lifelong Fight to ‘Give the Girls A Chance’

Sixty-four-year-old Julia Flisch stands at the front of a classroom at the Junior College of Augusta. Many of her male students regard her with frank suspicion and barely concealed hostility.

It’s 1925, it’s the South, and Flisch is the only female founding faculty member of JCA, a legacy institution of Augusta University. It’s not easy. But this courageous and tenacious activist, writer and educator had never taken the easy path. As the nation celebrates Women’s History Month, Augusta University salutes Julia A. Flisch, a pioneering educator who, upon her death in 1941, was praised for doing “more than any other person to advance the cause of women’s education in the state of Georgia.”

Born in Augusta in the first year of the Civil War, Flisch moved with her family to Athens as an infant where her father operated a sweets shop across from the University of Georgia. After graduating from Lucy Cobb Institute in 1877, Flisch applied to the all-male university. She was denied admission, as were all women at that time – an event that likely drove her lifelong commitment to women’s education.

When the family returned to Augusta, 21-year-old Flisch wrote a letter to the local paper sharply criticizing the social restrictions of the South. Her battle cry – “Give the Girls a Chance!” – became the theme of her life’s work. Her efforts led to the formation of the all-female Georgia Normal and Industrial College in Milledgeville (now Georgia College and State University). GNIC was the first state-supported institution for females in Georgia, which meant that higher education became an option for women beyond those from the wealthiest families. Flisch also pushed for a curriculum similar to that available to men.

After teaching at the Milledgeville school she helped found, Flisch moved to Wisconsin where she earned a master’s degree in history. She was offered faculty positions at prominent universities but opted to return to the South. For 18 years, Flisch taught at the Tubman High School for Girls, encouraging her students to aspire to careers in law and medicine. In 1889, 20 years after it had rejected her, the University of Georgia gave her its first honorary master’s degree conferred upon a woman.

Thirty-six years later, at the age of 64, Flisch joined the initial faculty of the Junior College of Augusta as dean of women and professor of history. Disgruntled colleagues encouraged male students to disrupt her classes. Despite the hostile reception, Flisch became one of the most respected faculty at the institution, admired by colleagues and students alike for her intellect. Dr. Edward Cashin wrote in A History of Augusta College, “Her students were convinced that she had two brains: The story was handed from one class to the next as solemn fact and added a new dimension to the wonder which surrounded her.”

Flisch taught at our university for the remainder of her career, and her enduring legacy is reflected in the rich diversity of our students to this very day.

Eye on Campus: Hidden from the Emperor