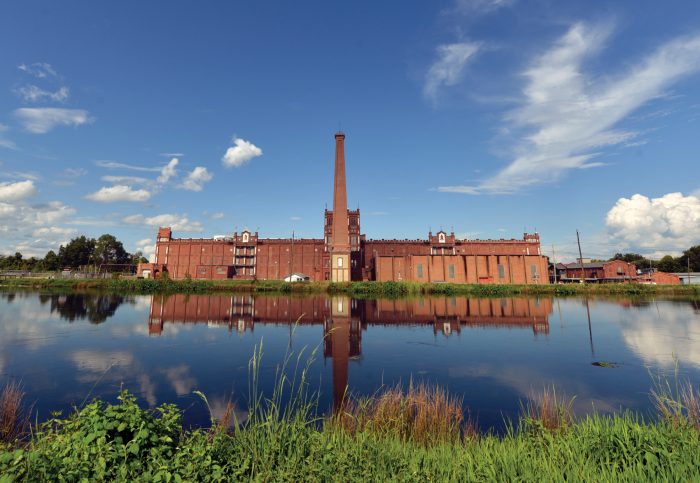 With its Cyber Institute, STEM programs and groundbreaking translational research, Augusta University has established itself as the area’s undisputed innovation center, educating the students of today to be the leaders of tomorrow and partnering with the city to ensure the area’s continued economic success.

While being a nexus of discovery might seem like a new role for Georgia’s second-oldest city, thanks to its canal, Augusta has actually been at the forefront of invention for more than 150 years.

Built in 1845 as a source of power, water and transportation, the Augusta Canal helped the Garden City thrive throughout periods of tremendous change. Because of the canal, Col. George W. Rains, commander of the Augusta Arsenal (located on what is now the Summerville Campus), chose Augusta as the site for the Confederate Powderworks, the only buildings constructed by the government of the Confederate States of America. After the canal was widened in 1875, it powered several textile mills. By the 1890s, the canal provided not just hydromechanical power, but also hydroelectric power, making Augusta the first Southern city to have electric streetlights and streetcars.

The key to all this lies in geography. Flowing parallel to the Savannah River from its origins at the headgates three and a half miles away, the canal is 30-35 feet higher than the river by the time it reaches the historic pumping station. Pouring water through turbines from that distance creates power. Lots of power.

Though the mills have all been repurposed or torn down, the canal continues to play a vital role for the city, supplying most of the city’s drinking water and all of the power to pump it – no small feat considering that means pumping an average of 30 million gallons of water a day 330 feet uphill to the water treatment plant on Highland Avenue. That’s 30 million gallons of water pumped nearly the height of a 30-story building. Every day. For free.

How’s that for innovation?

Like
Like Love Haha Wow Sad Angry
In Place Publications
Share your story
Our best stories often come from suggestions from the campus community.
Submit News

Answers Along the Way: Jeb Blount