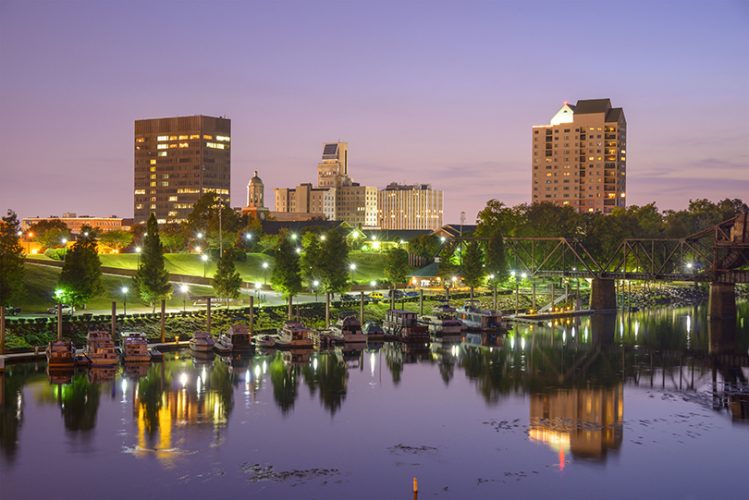 There’s no arguing that when it comes to cyber in Augusta, the future is now. But why? According to three of the area’s most entrepreneurially minded experts, it’s more than luck. When cyber came calling, the Garden City was ready.

On the Value of Augusta’s Existing Assets

Tom Patterson: We fell in love with Augusta, both personally and professionally. My family has lived all over the world, so we have a lot to compare it to, and in terms of quality of life, low cost of living and all these cyber jobs we could see coming, it just seemed like a natural fit for us personally, and it was kind of the same thing with Unisys. The downtown is something that really attracted us. We saw the vision this city had with the Riverwalk. We’re thrilled that the new railroad building is going in on the other side of us. This whole area — Broad Street, Greene Street, all the way to the river — is being turned around in terms of great shopping, great restaurants, great nightlife and just being a real positive place to be.

Chris McKinney: There’s a tendency in the community to look at the people moving here with DOD, let alone NSA, let alone cyber, as if they’re super humans, but they’re normal people looking for a good lifestyle, a good place for their families. If you live here, you might not realize it, but compared to many other cities of our size, we have an exceptionally deep and broad base of health care. That’s huge for people relocating from other parts of the country, because at the end of the day, we’re not recruiting just companies and cyber types; we’re recruiting people and families.

On the Georgia Cyber Center

Chris McKinney: The Georgia Cyber Center is a gathering influence and an extraordinary weapon for good, and I think in five years, we’ll be looking back and saying, “Look what happened. Look what it did.”

Tom Patterson: We were thrilled when the governor planted the Cyber Center just a few doors down from the Unisys building. The governor believed in this region so much that he put his money where his mouth was, and now we’re seeing other companies doing the same thing.

Eric Parker: We saw the same opportunity landscape when we were getting started that everyone talks about, with the fort and Savannah River Site. I think what we set out to do was prove that innovation could be viable, that once that proof began to get laid out, it was really the investment in the Georgia Cyber Center that created the catalyst that everyone could see.

On Augusta’s Innovation and Entrepreneurial Base

Tom Patterson: We found the local business community was absolutely looking to ride something like cyber into the future. Local politicians wanted to work together to do that. Even the military leadership at Fort Gordon was like, “We don’t just want to succeed behind the gates; we want to succeed throughout the region.”

Eric Parker: I think there’s an understanding of the opportunity space that exists now that words like “hack” have become a part of the standard nomenclature in this city. And as a byproduct, there’s getting to be a lot more support across the community for entrepreneurship and innovation.

On Turning Potential into the Future

Eric Parker: I told everybody in our team meeting the other day that we’ve hit a point where theClubhou.se is running like a machine, so for the first time in a couple of years, I’m having entire days I can devote to mentoring entrepreneurs, and that really excites me.

Tom Patterson: I give a lot of speeches in the cyber and security world, and I have a tail slide that says I’m from Augusta, Georgia. Three years ago I used to get, “Why in the world are you in Augusta, Georgia?” Earlier this year, I gave a speech in Davos, Switzerland, for the World Economic Forum, and I said I was from Augusta, Georgia, and somebody raised their hand and said, “Of course you are — everybody knows that’s where cyber is growing in America.” I love that.