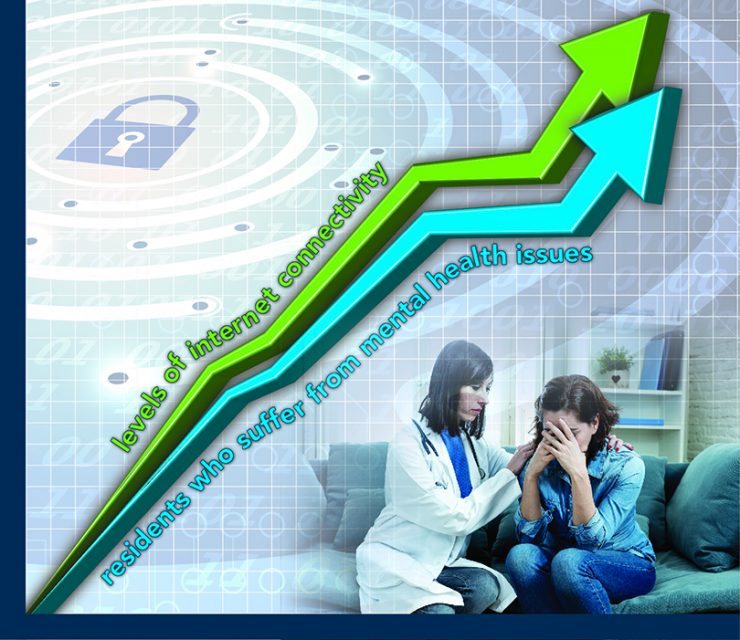 It’s almost impossible to research internet issues without bumping up against ironies.

In the case of a paper examining the negative effects of internet usage at the community level published by Dr. William Hatcher and a team of researchers from the Department of Social Sciences at Augusta University, the irony shows up at the very beginning.

“Dr. Lance Hunter and I had the idea for this paper by reading an article about social media on social media,” Hatcher laughs.

And as the internet continues to grow and evolve, Hatcher says the importance of understanding its implications grows, too.

“When we talk about internet access and usage at the community level, we often just talk about positives — and there are tons of positives,” he says. “But what hasn’t really been looked at is, as a community has more internet access, do we see some of the same effects at the city and county level that we can see at the individual level? Do you see more mental health issues?”

Considerable research has been conducted on the effects of internet access at the individual level, and though far from conclusive, studies have shown a link between high levels of internet use and depression, addictive behaviors and anxiety. As more and more of the country gains reliable internet access, Hatcher says it’s likely the effects being experienced now will continue to increase, which is why it’s important to look at what’s happening at the community level.

The project is a result of the Social Sciences grant developed by Dr. Elna Green, dean of the Katherine Reese Pamplin College of Arts, Humanities, and Social Sciences, to encourage research among the different social science disciplines. Hatcher says the fact that the research supports two of the university’s big initiatives — health care and cyber — makes it especially relevant.

“What we found is that as internet speed goes up in communities, people in those communities, according to the U.S. Census, take more mental health days off from work,” Hatcher says.

Using data from 2013 to 2016, the study was published in the Journal of Mental Health, an international journal that mostly publishes health care research on mental health conditions.

Hatcher acknowledges that the study, like most early looks at an issue, is a starting point. A contrary explanation could be that as areas have faster internet speeds, people are more knowledgeable about the benefits of taking mental health days because they’re more aware about how to handle mental health problems.

However, no matter how incomplete, Hatcher says the implications of the paper are clear: “We need to take the potential negatives of internet connectivity into account when focusing on the positives of building up internet access to our communities.” 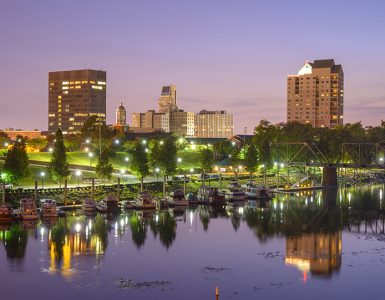 "Earlier this year, I gave a speech in Davos, Switzerland, for the World Economic Forum, and I said I was from Augusta, Georgia," says Tom Patterson. "Somebody raised their hand and said, 'Of course you are — everybody...