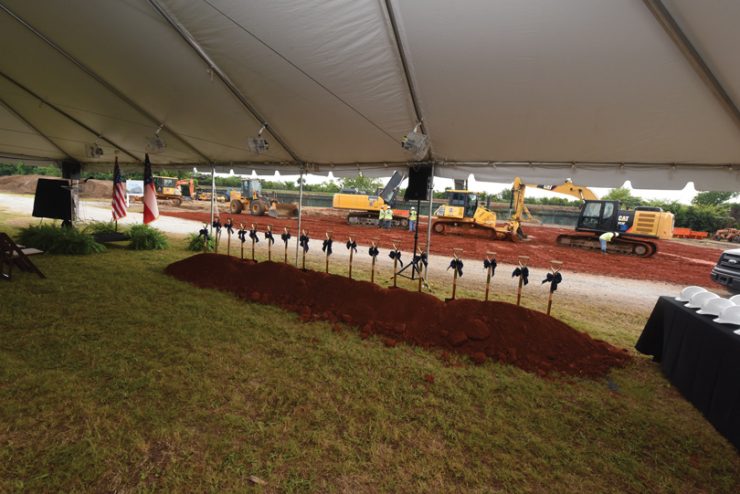 Cyber has seeped into the fabric of who we are, spurring additional economic growth and kick-starting educational opportunities. It has brought jobs to the community, families to our neighborhoods and children to our schools.

Cyber is everywhere, and while it may have originated with the expansion of the federal government’s cyber presence at Fort Gordon, which is home to the U.S. Army Cyber School of Excellence, NSA Georgia and the relocated U.S. Army Cyber Command, it was the state that brought cyber downtown with the construction of the Hull McKnight Georgia Cyber Center, a two-building, 330,000-square-foot complex that brings the state’s cybersecurity efforts, private-sector startups and cyber-focused academia into one, $111 million project.

According to Gov. Nathan Deal, who sat down with Cyber Augusta for an exclusive interview about the cyber center, the investment just made sense.

“It just seemed to me that we would be foolish not to complement that over $2 billion the federal government was spending,” he said. “And because we were funding it with cash in our budget and not waiting on selling bonds, we were able to start immediately.”

That quick start, Deal said, made the project even more powerful.

Deal believes the cyber center will become an economic powerhouse, in large part because it’s solidly based on a foundation of job-focused education, something that’s been a cornerstone of his administration.

“We’ve put a greater emphasis on education that leads to employability,” he said. “And we’re obviously already seeing Augusta University working cooperatively with it, adding training programs and even adding degrees that will dovetail with what is going to be done there in the training facility.”

Augusta University’s School of Computer and Cyber Sciences as well as its Cyber Institute will be housed at the center, along with elements from other schools in the University System of Georgia and the Technical College System of Georgia.

The facility’s economic strength reaches beyond producing highly trained workers, however. It also has the potential to attract highly trained — and well paid — workers to the area, which helps everyone’s bottom line.

“The ability to attract high-paying jobs outside of metropolitan Atlanta has many benefits, and not just to the immediate area of Augusta,” Deal said. “This facility, in my opinion, will draw students and workers from all over at least the eastern part of our state.”

The safer, more secure Georgia that results from bringing students, cybersecurity experts and the private sector together in such close proximity to the federal government’s overwhelming cybersecurity presence has benefits that are tough to calculate, but for Augusta itself, the longest-lasting impact of Deal’s investment just might be the economic insulation it provides.

“I think everyone realizes that cybersecurity is an issue that’s not going away,” he said.