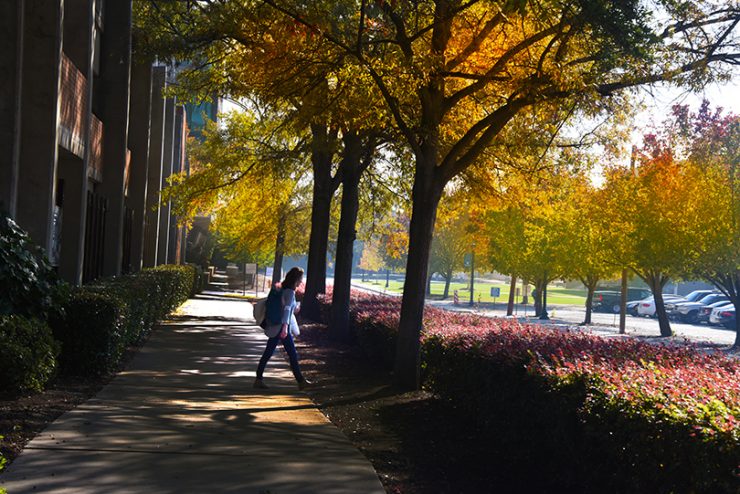 When you have the honor of being president of both of your alma maters at the same time — and in your hometown — it’s not only humbling; it provides a lot of opportunity for reflection. It’s hard for me to drive through town without feeling like I’ve come full circle in the best possible way.

Driving up Walton Way, for instance, I’ll pass Richmond Academy and the old Tubman Junior High School, where I spent so much time growing up. And it’s the same going up Wrightsboro Road. I see Monte Sano Elementary School, where I spent the first seven years of school, and the old St. Joseph’s Hospital, where I was not only born but where I eventually worked in the clinical lab that got me into the field of clinical research. And if I keep going, I pass by Daniel Field, where I spent many happy hours as a young man.

Growing up, my best friend got his private pilot’s license, and the two of us would fly Piper Cubs out of the historic airfield, taxiing past those magnificent hangar doors that will now serve as the backdrop for this year’s President’s Gala.

This year’s Gala will benefit the Children’s Hospital of Georgia, and could there be a more worthy recipient?

Other than our longstanding and important relationship with the Children’s Miracle Network, we’ve never really had a major fundraiser for the Children’s Hospital of Georgia in its more than 20-year history, and I’m excited that our yearly black-tie event will help us continue to provide expert care for children of all ages.

Children’s, of course, is the only health care facility in the area dedicated exclusively to children. It has the area’s only Level 1 Pediatric Intensive Care Unit, the region’s only dedicated 16-bed pediatric emergency room and it is home to the area’s only Pediatric Cancer and Blood Disorder Clinic.

It’s tough to overestimate its importance to the children and families of the region or our dedication to its mission.

I hope to see you at the big hangar at Daniel Field on Oct. 26.

Dr. Jean Sumner (BSN ’73), dean of the Mercer University School of Medicine, was chosen as the May commencement speaker for both Abraham Baldwin Agricultural College and Georgia Military College.

Dr. Bill Davenport (PhD ’76) was appointed the interim dean of the School of Dental Medicine for the University of Nevada, Las Vegas.

Dr. Frederick B. Epstein (MD ’79) was named the distinguished senior reviewer by the Annals of Emergency Medicine.

Cheryl Dukes (BS ’82) was the recipient of the 2019 A.R. Johnson yearbook dedication.

Dr. Joel A. Rosenfeld (MD ’85) was named one of Atlanta magazine’s “Top Doctors”.

Dr. Steven Stallings (DMD ’86) was named the chief dental informatics officer for the Bureau for Medicine and Surgery for the U.S. Navy.

Ron Courson (PT ’89), senior associate athletic director for sports medicine at the Univeristy of Georgia, was inducted into the Georgia Athletic Trainers Association Hall of Fame.

Linda A. Kolmar (BS ’92) was named the 2019 Outstanding Alumnus for Physician Assistants by Augusta University’s College of Allied Health Sciences.

The Rev. Da’Henri Thurmond Sr. (BS ’92) was elected to the Carver Financial Corp. board of directors.

Patrick “Kelly” Farr, Jr. (BBA ’96) was named director of the Governor’s Office of Planning and Budget by Gov. Brian Kemp and was also elected vice chairman for the Georgia Ports Authority.

Dr. Ben Levy (MD ’02) was named to the LUNGevity scientific advisory board.

AARobert Galop (MBA ’03) was promoted to the position of chief marketing officer for IntelePeer.

Karen Gordon (BA ’09) was appointed to the board of directors of the Augusta, Georgia, Land Bank Authority.

Lyston Skerritt (BA ’10) was appointed director of community, youth, and sport services by the Ministry of Education, Youth Affairs, Sports and Ecclesiastes Services in Montserrat in the Leeward Islands.

Dr. Jason Holt (EdS ’13, EdD ’18) was nominated for Principal of the Year by Aiken County, South Carolina and was named the new principal for Aiken High School.

Sabina Khoja (BA ’15) was nominated for Woman of the Year by the Leukemia & Lymphoma Society’s Augusta, Georgia, chapter.

Ashley Salsedo (BBA ’15) joined the team at BiggsKofford in the audit and accounting department.