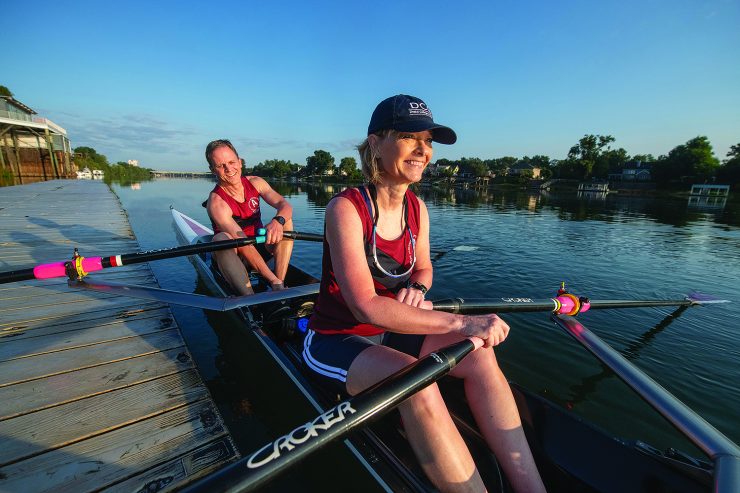 Dr. Nancy Young was a senior in dental school raising two small children when she decided she was desperate for some stress relief.

But nothing on her plate could be eliminated, so she added something to it instead. She started rowing.

She had worked in the business world as a young adult, but after shadowing a dentist in Key West, Florida, she was hooked. She enrolled in the DCG and immediately recognized dentistry as a great fit. “I like science and anything involving my hands, so it’s a good combination for me,” Young says. 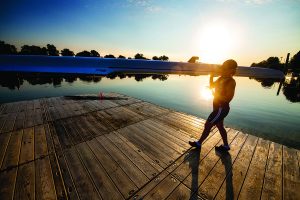 Yet the combination of dental school and motherhood was daunting at times, so she found a fun way to incorporate some energy-boosting exercise into her life.

“I enrolled in an adult rowing class through the Augusta Rowing Club,” Young says. “It’s difficult, but my colleague (Dr. Keith Volkmann, a now-retired DCG faculty member) is a rower and was very encouraging. He urged me to stick with it.”

Young ended up enjoying it so much that, 17 years later, she is still an avid rower. Her husband, David, is as well. They compete in regattas nationwide as a doubles team.

“We took a break during the pandemic — my husband and I were earning master’s degrees at the time — but we were excited to get back in the boat,” she says. “It was like riding a bike; we picked up right where we left off.”

They enjoy both the physical and social aspect of the sport. “It’s a great overall workout that you can enjoy year-round,” Young says, “and we’ve met such an interesting group of people. When you row, you’re on a boat for a couple of hours at a time, so there are lots of opportunities to make friends.”

She and her husband have also become rowing referees, adding new dimensions to their hobby.

“Interestingly, the Medical College of Georgia (before consolidating with Augusta State University) used to have a rowing team that included several dental students, so I’m carrying on a longstanding tradition.”

The Augusta Rowing Club recently named a boat in honor of Young and her husband, so she expects the tradition to live on for years to come.