With mask wearing and social distancing on the decline and the cold and flu season upon us, researchers have developed a viral panel that enables the simultaneous testing for SARS-CoV-2 along with numerous common respiratory viruses, that tells us whether other viruses also are at play in patients hard hit by COVID. 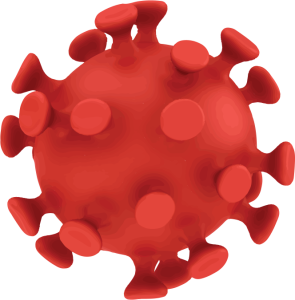 This new genetic epidemiology tool that provides detailed genetic information about the viruses present when packaged with a molecular immunology model called Nextstrain also enables researchers to assess the novel viral variants that are circulating in a state or nation and patterns for their spread with the goal of helping predict and mitigate future outbreaks, says Dr. Ravindra Kolhe, director of the MCG Georgia Esoteric and Molecular Laboratory, or GEM Lab.

Deficits in SARS-CoV-2 monitoring and keeping tabs on other co-circulating respiratory viruses have been public health challenges during the pandemic, Kolhe and his colleagues report in the journal Viruses.

Coinfection is a reality, Kolhe says with these respiratory viruses that we unwittingly transmit through the air when we cough, sneeze, even talk, particularly when we are in close quarters for long periods like hospitals, nursing homes, schools and potentially even our workplace.

Another reality is that coinfections can have the compounding effect of worsening symptoms and outcomes, much as we have all heard that co-morbid conditions like diabetes and hypertension can do, he says.

Working with the San Diego-based biotech firm Illumina, the researchers developed a 41-virus panel that includes four common human coronaviruses that have been causing colds in people for years as well as SARSCoV-2, and other players like RSV, respiratory syncytial virus, which also causes a typically mild cold, and more than a dozen influenza viruses.

Standard SARS-CoV-2 testing uses polymerase chain reaction, or PCR, which can tell you if the virus is present, but the technique they are using for the panel actually sequences the viral genome enabling detection of variants, like the potential more deadly Delta variant.

The unique molecular signature also is a way to know which cases are not connected. One of the questions he wants to answer is when this iteration of the virus infects another person does it experience more of these changes.

Knowing precisely which viruses are present is important because, while there is some commonality among the respiratory viruses, the treatments tend to be different, but there is not much crossover data on how much to date, Kolhe says.

The microbiota in the nose and upper throat likely contains biomarkers for assessing how sick an individual infected with SARS-CoV-2 may get and for developing new treatment strategies to improve their outcome, researchers say.

This nasopharyngeal microbiota is generally considered a frontline protection against viruses, bacteria and other pathogens that enter these natural passageways, says Dr. Sadanand Fulzele, geriatric researcher in the MCG Department of Medicine. Distinct patterns emerged when the researchers examined the microbiota of 27 individuals ages 49 to 78 who were negative for the virus, 30 who were positive but had no symptoms, and 27 who were positive with moderate symptoms that did not require hospitalization, they report in the journal Diagnostics.

The most significant changes were in those who were symptomatic, including about half those patients not having a sufficient amount of microbiota to even sequence.

The researchers were surprised to find these “low reads” of bacteria in the nasopharyngeal cavity of symptomatic individuals versus only two and four individuals in the negative and positive with no symptoms groups, respectively. The vast majority of the positive individuals with no symptoms still had sufficient microbiota, notes first author Dr. Ravindra Kolhe, director of MCG’s Georgia Esoteric and Molecular Laboratory, or GEM
Lab. which has performed more than 100,000 COVID tests.

They found differences in the type of bacteria as well, although the researchers note that the function of some of the bacteria they found are not well understood.

As the virus’ name and two years of experience with it indicate, a major method for transmitting severe acute respiratory syndrome coronavirus 2, or SARS-Cov-2, is when someone coughs, sneezes or even talks, and droplets called aerosols carrying the virus move through the air and into another person’s nose or mouth.

The moist, mucus-producing lining of this area works like a natural barrier to invaders and there also is a significant complement of immune cells present, Fulzele says, and their response to respiratory viruses is key. The area also is abundant with ACE-2 receptors, to which the spiky virus
binds, and Kolhe says it’s a major landing spot for this virus.

Their new findings indicate that the altered microbiota in the symptomatic patients impacted their immune response to the virus, Kolhe and Fulzele say.