A gene that is overexpressed in some aggressive cancers also appears to be key to the excessive cell proliferation that thickens the walls of pulmonary arteries and ultimately causes the right ventricle of the heart to fail, scientists report.

They have the first evidence that PBK, or PDZ-Binding Kinase, is upregulated in both animal models and the lung tissue of patients with progressive and deadly pulmonary hypertension, says Dr. David Fulton, director of the MCG Vascular Biology Center. 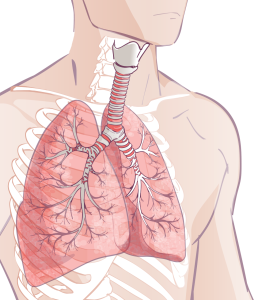 They’ve found that in pulmonary hypertension, PBK is “robustly” upregulated in the middle layer of the walls of pulmonary arteries, called the tunica media, where smooth muscle cells reside and where they along with elastic and connective tissue, help regulate the size of the passageway for blood, says Dr. Scott Barman, pulmonary vascular biologist in the MCG Department of Pharmacology and Toxicology.

The scientists also have found that adjustments they make, up and down, in PBK expression impact the proliferation of those smooth muscle cells.

Fulton and Barman are principal investigators on a $2.5 million grant from the National Heart, Lung and Blood Institute that is helping them further explore the pathway, including the impact of PBK inhibitors already under study for some of those aggressive cancers.

In their rat and mouse models of pulmonary hypertension, they have early evidence that PBK inhibitors reduce unhealthy remodeling of blood vessels and improve heart and lung function. In what is called a reversal model, which mimics how drugs would be used in people, when the animal models start to show signs of the disease, treatment is given and they get better, Barman says.

PBK is known to be overexpressed in cancers, like bladder, lung, liver and brain tumors where its high expression is generally associated with a worse prognosis. In fact, the rapid cell division and resulting excessive cell production is similar in pulmonary hypertension and cancer, the scientists say.

Looking upstream of PBK, they found that YAP1, yes associated protein 1, known to activate other genes that enable cell proliferation and quieten those that cause cell death, or apoptosis, (which can kill off excessive or otherwise unhealthy cells) also is upregulated in pulmonary hypertension, where it increases the activity of PBK in those smooth muscle cells inside the walls of pulmonary arteries.

Looking downstream they have found PBK in turn upregulates protein regulator of cytokinesis 1, or PRC1. Cytokinesis is when one cell divides into two cells and all together the bottom line is unhealthy remodeling of pulmonary arteries and pulmonary hypertension.

When they are done with the five-year term of the new NHLBI grant, they expect to have solid scientific evidence about whether PBK is the solid target they think, Barman says. The fact that inhibitors already exist should expedite the process of pursuing trials in humans from there, he says.