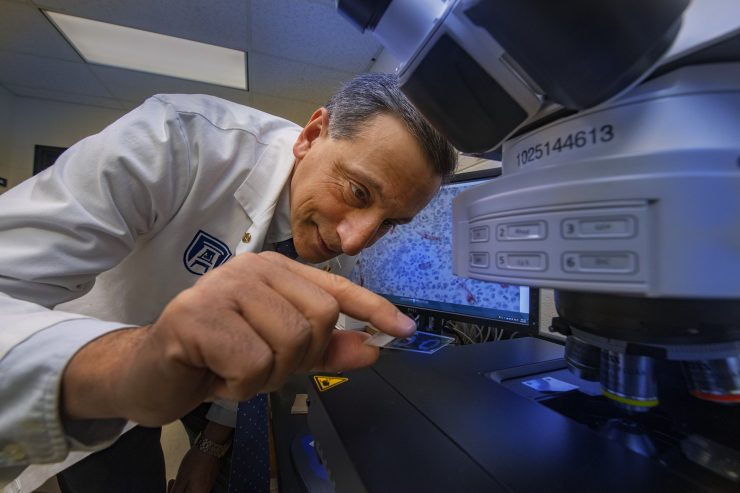 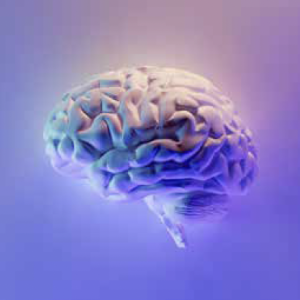 Much of what makes glioblastoma so insidious is not only the tumor itself, but the environment it creates to sustain and empower itself.

This highly lethal and aggressive form of brain cancer manages not only to largely evade the immune system but to induce the growth of new nourishment-providing blood vessels, according to Dr. Babak Baban, DCG associate dean for research.

“It is very fast-growing and complex,” says Baban, who has a PhD in immunology. “Glioblastoma creates a microenvironment in the brain tissue that not only creates new blood vessels but suppresses the signals and proteins at immune checkpoints, which keeps the immune system from mounting an effective response. Those two aspects are extremely important to the progression and severity of the disease.”

The vast majority of glioblastoma patients die within five years of diagnosis.

But Baban and his colleagues are hot on the trail of outwitting the tumor and making its microenvironment far less hospitable. They have found that the tumors of animal models with the disease shrink significantly after the animals inhale cannabidiol, or CBD, the non-psychoactive compound in cannabis.

Within nine days of inhaling CBD, whose anti-inflammatory properties are proving effective in treating a wide range of diseases, the tumors were significantly smaller, fewer blood vessels were created for their nourishment and the immune system was largely back in action to combat them.

“The survival rate was 45 percent higher in the animals treated with CBD than in the control group treated with placebo,” Baban says. “Now, we are looking to see if it can also prevent relapse, which is unfortunately very common in glioblastoma.”

He stressed that CBD must be used with care, with both the dosage and delivery method vital to efficacy, but that the compound itself is very safe with minimal side effects. The Food and Drug Administration has already approved CBD to treat children’s seizures, Baban noted.

As he and Dr. Martin Rutkowski, a Medical College of Georgia neurosurgeon, move on to clinical trials, they are optimistic about CBD’s future role in treatment. “This is the first time the CBD inhalant has been used in an animal model, and the models are very comparable to humans,” Baban says. “Based on the results we’ve seen so far, we hope to not only improve the survival rate but to use the CBD in combination therapy to optimize its effectiveness. It is very exciting and promising.

Augusta University received a 2021 “high research activity” ranking from the Carnegie Classification of Institutions of Higher Education. The classifications are used by funding agencies and are the basis for categories of annual rankings by publications such as U.S. News and World Report.

“The importance of the classification is obviously linked to the prestige of the university, and we have aspirations to be an R1-level institution, the most coveted designation,” says Dr. Jennifer Sullivan, dean of The Graduate School. RI designation denotes very high research activity with more than $40 million of funds and the bestowal of more than 50 doctoral degrees a year.

AU initiatives underway to reach that next level include its Transdisciplinary Research Initiative in Inflammaging and Brain Aging, the focus of a three- year recruitment effort to grow the university’s research footprint. The DCG is collaborating with five other AU colleges on the initiative. DCG Associate Dean for Research Babak Baban and Medical College of Georgia Senior Associate Dean for Research Mark Hamrick are co-leads on the recruitment steering committee.