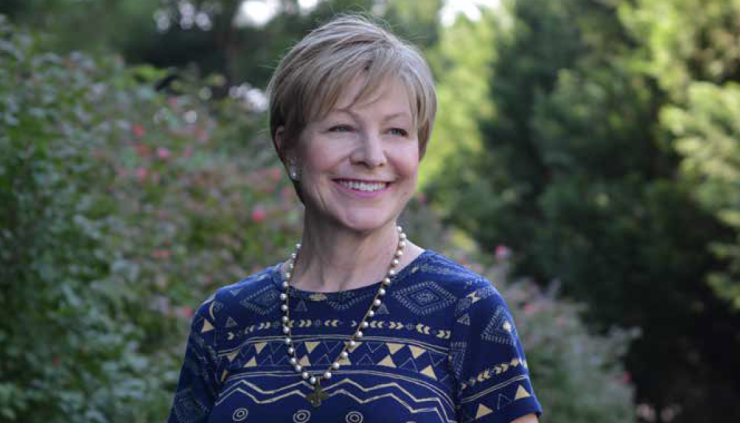 Ask Dr. Kathleen (Kate) Robinson the most important lesson she learned in dental school, and she doesn’t hesitate:

Yes, The Dental College of Georgia taught her everything she needed to know about optimizing patient care, but “what I still remember 32 years later are the life lessons about being an outstanding dentist and professional. You have to strive every day to do the best job you possibly can, and if you fall short for any reason, you have to take responsibility. That’s what I learned from the faculty day in and day out. I’m so proud to be a part of that institution.”

She not only learned those lessons, she lives them. Robinson (’90), who recently retired from Vassey Dental Partners in Peachtree City, Georgia, has dedicated herself fully to those in need, both in her practice, her volunteer work and her extensive involvement in organized dentistry. She is completing her term as chair of the Thomas P. Hinman Dental Society Annual Meeting (a commitment that makes retirement much less leisurely than one might think) and continues to volunteer, including at the nonprofit Ben Massell Dental Clinic in Atlanta. But she is happy to slow her pace a bit and reflect on the fulfilling career her alma mater set in motion.

“I look back so fondly on dental school,” she says, noting that the bond has only grown now that her daughter, Kimberly Robinson Clough, is a DCG student. “Watching her go through it reminds me of my own experience, particularly how much support you get from your professors and classmates.”

Says Dean Carol A. Lefebvre, “We are so proud of graduates who not only embody the highest ideals of the profession, but who make a real difference in their communities. Kate is a shining example, and we are thrilled to have this opportunity to demonstrate our admiration and gratitude.”

Robinson’s path was a bit circuitous. Even though her father and grandfather were dentists, the North Dakota native initially opted for a career in dental hygiene. “I thought I could form deeper relationships with my patients as a hygienist, and that was my highest priority,” she says.

But after earning her dental hygiene degree from the Medical College of Georgia (now Augusta University), Robinson’s employer — Dr. Marian Sprinkle Graves, a 1942 graduate of the Emory University School of Dentistry and one of Atlanta’s first female dentists — corrected her assumption.

“Patients were like family to her, and she took her time and enjoyed them,” Robinson says. “She’s the role model who convinced me I would be happy as a dentist.”

Robinson, who by this point had married her college sweetheart (Dr. Robert Robinson, a 1981 DCG alumnus), applied to the DCG. She was accepted, then spent the next four years commuting from Atlanta, making the trek home every weekend. “We didn’t have kids yet, so it worked out fine,” she says. “Dental school was hard, but with my experience as a dental hygienist, the terminology was familiar to me and I knew I was good with my hands. The clinical part came very easily to me.”

After earning her dental degree, she joined Vassey Dental Partners. “I always wanted to strive to be the best I could be,” she says. “I knew right off the bat that I wanted to take care of my patients from every aspect, not just giving them a filling or a crown, but taking care of their emotional well- being and being as caring as I could be.”

She loved the family atmosphere at Vassey, including the close bonds she formed with her partners. “There was always something fun going on in our practice,” she says, “and we followed along with our patients’ milestones. One of my families dated back to my hygiene days — four generations! And I had lots of three-generation families. The relationships I’ve formed over the years, that’s the precious part.”

She also grew to appreciate the flexibility of a dental career when daughters Mary and Kimberly came along. “I tell Kimmy there are so many options for women in dentistry, particularly if they plan to have a family,” Robinson says. “You can practice full-time or part-time, you can teach, you can do so many things. The Vassey “family” — patients, dentists and staff — rallied to her side when she was diagnosed with stage two breast cancer in 2018. Robinson had a double mastectomy, followed by chemotherapy and radiation. “The outpouring of love from my patients and colleagues was overwhelming,” she says. “My patients are so kind and so dear. Whenever I felt like I needed a pity party, I thought of all the people cheering for me and praying for me.”

Robinson is now in excellent health and has enough energy for three people — a characteristic that has come in handy during her Hinman tenure. “The Hinman Society’s focus is, and always has been, students,” she says. “The revenue supports scholarships. I received some scholarship assistance myself, and I definitely needed it. I know what it’s like to be a struggling dental student.”

The society emphasizes other forms of assistance as well. “We help students prepare to be business owners and entrepreneurs,” she says. “We guide them toward the type of career that will make them the happiest. I think mentorship is an extremely important area of focus.”

Robinson is a particular champion for her own practice model. “I’d like to see the continuing growth of group practices,” she says. “Patients like the convenience of a one- stop shop. It’s great not to have to refer them down the street.”

As she cheers them on, she and her husband are also setting new goals for themselves. Travel, music and art, she hopes, all lie in her future. “This time of my life,” Robinson says, “feels like wide-open spaces.”