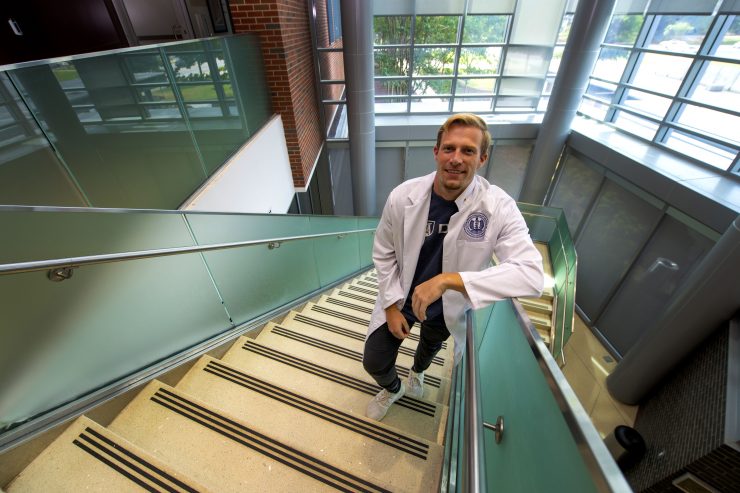 First Look: Connecting through the heart

Brodie Orr knew after shadowing a dentist during his sophomore year of college that he’d found the vocation of his dreams.

Yet he was also mature enough to recognize it as a dream deferred.

“I knew I didn’t have enough experience to really be competitive, and I thought I could strengthen my resume,” he says of his decision to bide his time before applying to DCG. “I transferred from Shorter University, where I played baseball, to Georgia State University and got certified as a substitute teacher.”

“It was such a fun and exciting environment,” he says.

For instance, “one student had Asperger syndrome (a neurodevelopmental disorder on the autism spectrum) but knew every Disney movie inside and out. Another was non-verbal and could get a little physical occasionally. It was easy to focus on his bad behavior, but if you took the time to get to know him, you realized he knew exactly what was going on in that classroom at all times. He really touched me. That class was full of the sweetest kids, and I picked up on ways to connect with them.”

He began dental school shortly thereafter, but his former students are never far from his thoughts.

“All of those kids were more perceptive than I initially thought,” he says, “and I realized that as a dentist, I want to continue connecting with them. I plan to devote a good bit of my time to the special-needs community. Rather than staying in my comfort zone, I like giving people extra time to express themselves. It’s just a matter of seeing things from another person’s perspective.”

After he graduates this spring, Brodie hopes to practice general dentistry in or near his hometown. His senior year has been somewhat atypical due to COVID-19, “but I’m a glass-half-full kind of guy,” he says. “I’ve used the shelter-at-home period to improve myself, exercising regularly and spending time with my family. I try not to worry too much about next steps. I feel like the Lord’s got this and we’ll get through it. What needs to happen is what
will happen.”

The ABC’s of Oral Health