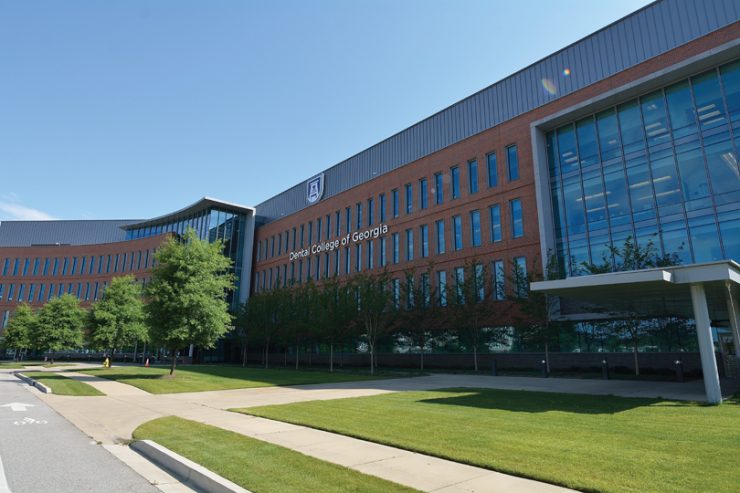 1980s
Dr. Henry Bert Yeargan (’83) was reappointed by Gov. Nathan Deal to the Georgia Board of Dentistry.

Dr. Stephen Stallings (’86) has been named chief dental informatics officer in the U.S. Navy Bureau of Medicine and Surgery.

1990s
Dr. Shirley Fisher (’91) was named the 2019 Distinguished Alumna for The Dental College of Georgia.

Dr. Kathy Sellers Sanders (’91) is the 81st global recipient to be named an Accredited Fellow in the American Academy of Cosmetic Dentistry. She practices in Kingsport, Tennessee and is the first dentist from Tennessee to receive this honor. Sanders has been a member of the AACD since 1998 and achieved Accredited Member status in 2006.

Dr. Clayton Brent Stiehl (’99) was appointed by Gov. Nathan Deal to the Georgia Board of Dentistry.

2010s
Dr. Jonathan Bullard (’10) was named the 2019 Outstanding Young Alumnus for The Dental College of Georgia.

Dr. Benjamin Kacos (’11) was recently named a fellow of the International Congress of Oral Implantologists. He practices in Shreveport, Louisiana.

Dr. Dylan Hamilton (’15) practices pediatric dentistry in Durham, North Carolina, and was a champion on the national game show, Jeopardy!

Jeni Heselbarth (General Practice Residency, ’18), a native of Indiana, has been named a fellow of the International Congress of Oral Implantologists. She practices in South Bend, Indiana.