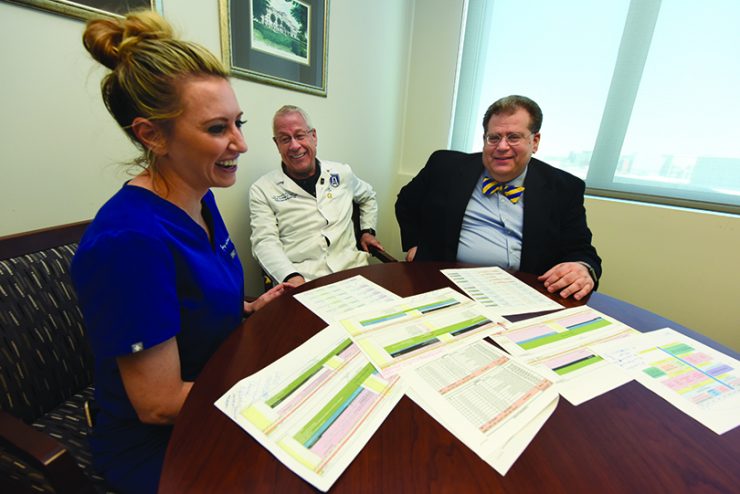 Every incoming DCG class is unique in various ways, but the class of 2022 has taken its distinction to a whole new level.

Their freshman year marked the rollout of the DCG’s conversion from three semesters to two.

“Our existing curriculum was excellent, but we’re always looking at ways to improve it, particularly regarding better integration of the basic and clinical sciences, eliminating redundancies and optimizing sequencing,” says Dr. Joseph Vitolo, associate dean for academic affairs and advanced education.

The two-semester system, launched in fall 2018, makes the DCG academic calendar commensurate with that of the Medical College of Georgia. “One benefit is financial aid disbursement,” says Vitolo. “Under the previous system, DCG students had to wait a mandatory six-week drop/add period before they could receive their funds. This is no longer the case.”

The start date for a two-semester system is earlier—early July rather than late August — and holiday schedules have been slightly altered, but the graduation date remains the same as the rest of the campus. The clinical-intensive portion of the curriculum, which takes place largely in the students’ third and fourth years of dental school, is largely unchanged.

Five years in the making, the two-semester transition required administrators, department chair and faculty to delve deep into the existing curriculum, culling redundancies, inefficiencies
and other problematic areas. “It was a faculty-driven process,” Vitolo says.

The non-freshman DCG classes (’20 and ’21) will continue on a hybrid system until graduation.

“The ultimate goal is to produce highly competent, critically thinking dentists who produce evidence-based results,” says Vitolo. “By and large, we’ve been very impressed so far that the new schedule is meeting with some success; however, more time is need to determine its effectiveness. The students have been very positive, and the entire class passed its first semester — a sign that we are headed in the right direction.”