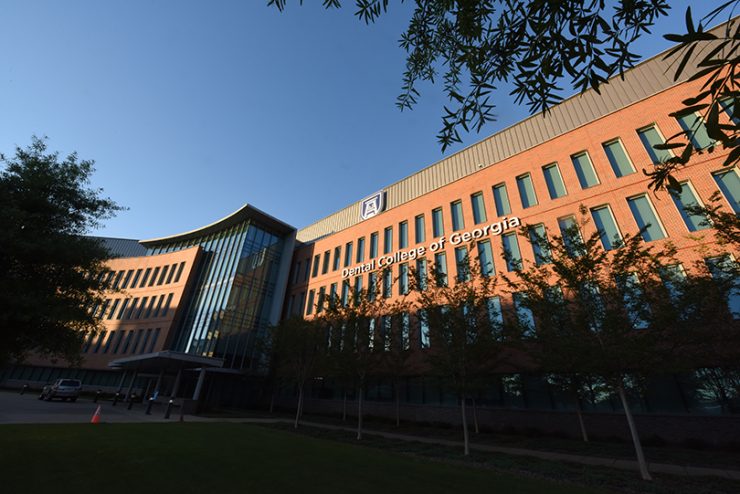 GDA Honors
The following alumni have been named honorable fellows of the Georgia Dental Association:

1980s
Dr. Steven Stallings (’86) has been named chief dental informatics officer of the U.S. Department of the Navy’s Bureau of Medicine and Surgery.

Dr. Doug Depew (’88) has practiced orthodontics in Kennesaw, Georgia
since 1990.

1990s
Dr. Kathy Sanders (’91), who practices cosmetic dentistry in Kingsport, Tennessee, has become the first dentist in the state to become an accredited fellow in the American Academy of Cosmetic Dentistry.

Dr. Mike Pruett (’92) is an academic associate fellow in the American Academy of Implant Dentistry.

Dr. Anthony Didato (’11) has been named director of Medori CBD, which produces and markets cannabidiol products that use organic hemp.

Dr. Monica Chana (’14) has been named a fellow of the American Academy of Oral Medicine.

Dr. Jackie Delash (’15) has been named a diplomate of the American Board of Dental Sleep Medicine.

Expertise in Action: At Your Fingertips