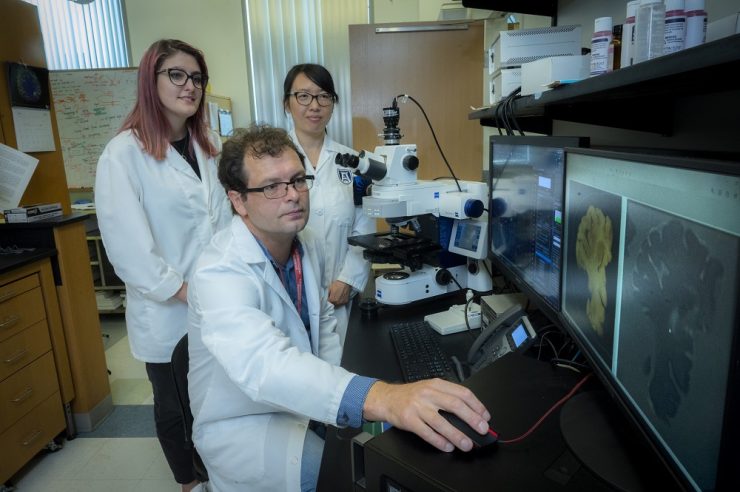 Disease of the microscopic blood vessels that feed the white matter of our brain is associated with worse cognitive function and memory deficits in individuals with Alzheimer’s, scientists report. 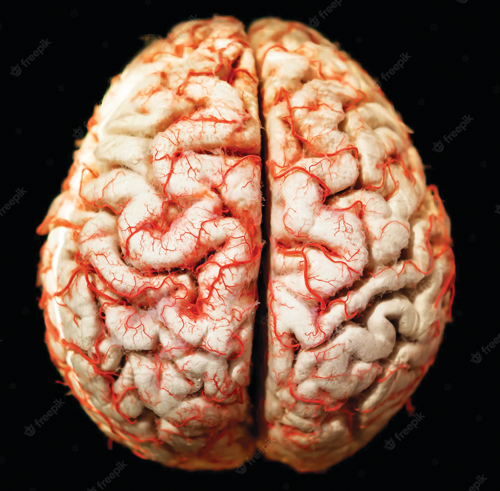 These and other recent findings suggest that some people with Alzheimer’s who have brain changes widely associated with the condition, like amyloid plaques, may not develop dementia without this underlying vascular dysfunction, the researchers write in the journal GeroScience.

“We are proposing that if you prevent development of the microvascular component, you may at least add several years of more normal functioning to individuals with Alzheimer’s,” Bagi says.

He and by Dr. Stephen Back, pediatric neurologist, Clyde and Elda Munson Professor of Pediatric Research and an expert in white matter injury and repair in the developing and adult brain at Oregon Health & Science University, are co-corresponding authors of the new study.

The good news is that vascular disease is potentially modifiable, Bagi says, by reducing major contributors like hypertension, obesity, diabetes and inactivity.

The scientists looked at the brains of 28 individuals who participated in the Adult Changes in Thought Study, or ACT, a joint initiative of Kaiser Permanente Washington Research Institute and the University of Washington, whose scientists also were collaborators on the new study.

ACT is a longitudinal study of the cognitive health of community volunteers from the Seattle, Washington area with the goal of finding ways to delay or prevent memory decline. Participants age 65 or older with no cognitive problems upon enrollment are followed until their death, and about 25% agree to autopsy and making genomic DNA from their blood and/or brain tissue available to scientists.

Their focus in the studies was the white matter, which accounts for about 50% of the brain mass, enables different regions of the brain to communicate and is packed with long arms called axons that connect neurons to each other and to other cells across the body like muscle cells. And, the microscopic arterioles that directly feed white matter with blood, oxygen and nutrients.

They wanted to test their theory that when these hair-thin arterioles had difficulty dilating and so supporting this part of the brain, it resulted in changes to the white matter that were evident on sophisticated MRIs, especially when microvascular problems coexisted with the more classic brain changes of Alzheimer’s.

They found that the arterioles of those who had been diagnosed with Alzheimer’s and dysfunction of these tiny arteries did have an impaired ability to dilate in response to the powerful blood vessel dilator bradykinin, compared to those without obvious microvascular dysfunction. Problems with dilation were associated with white matter injury and changes to the white matter structure that were visible on MRI.

Expression of the precursor for the also-powerful blood vessel dilator nitric oxide also was reduced in these individuals with both conditions while the expression of superoxide generating NOX1, which damages blood vessels, was increased.

Arteriole dysfunction also was associated with more white matter injury based on what was visible on those sophisticated MRI scans and the increased number of brain cells, called astrocytes, which support neurons.

Colleagues at Oregon Health & Science University, led by Back, looked at the same brain tissue with a sophisticated MRI technique called diffusion tensor imaging, that uses water diffusion between cells to look at the microstructure of white matter and its connectivity.

They could not visualize individual arterioles because they are too small — about 30 microns or .0011811 inches — to see without a microscope. But they could see the white matter damage that resulted from arteriole disease, and again found the correlation between the vascular impairment and tissue damage that Bagi described from directly visualizing the tissue. This type of blood vessel disease was present in 50% of the brains they studied, and other autopsy studies have indicated a similarly high rate.

In those with less indicators of brain changes, they found the arterioles were better able to dilate, that area of the brain had better connectivity and less damage apparent on the postmortem MRI.

The new work confirms the growing concept that small blood vessel disease may help predict the severity of dementia and/or use of DTI MRI may help identify those patients with early enough disease that strategies to reduce or slow small blood vessel disease may help delay or reduce their cognitive loss. The technique might also help assess the potential benefit of intervention.