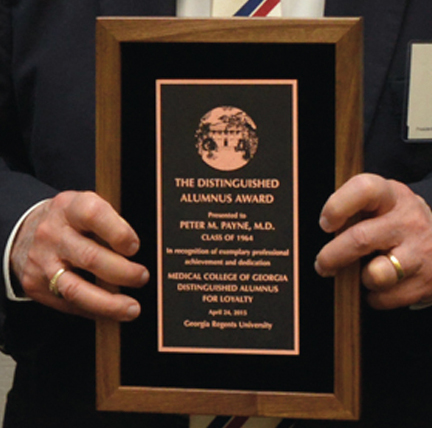 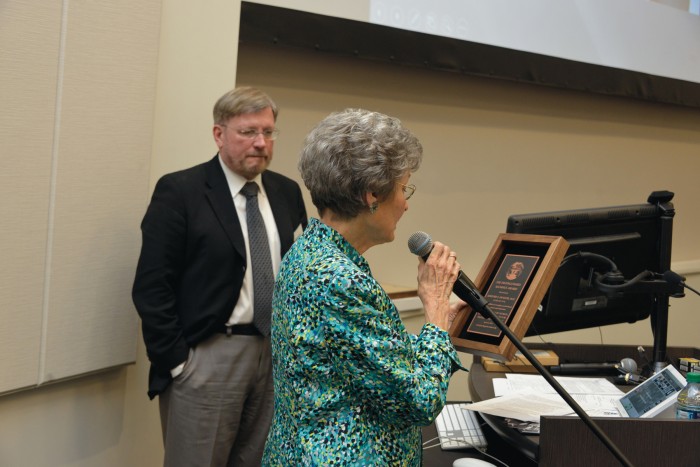 A neuroscientist who has advanced numerous facets of cognition research and an obstetrician/gynecologist pivotally involved in the well-being of Georgians throughout his half-century career are recipients of 2015 Medical College of Georgia Distinguished Alumni awards.

Dr. Kimford Meador, a 1976 MCG graduate who completed a neurology residency at his alma mater, was named MCG’s Distinguished Alumnus for Professional Achievement. Meador, who completed a behavioral neurology fellowship at the University of Florida, served on the MCG faculty from 1984-2002, ultimately serving as a Charbonnier Professor of Neurology. He chaired the Georgetown University Department of Neurology from 2002-04 and was the Melvin Greer Professor of Neurology and Neuroscience from 2004-08 at the University of Florida, where he also directed the epilepsy program and clinical Alzheimer’s research program.

Meador served as professor of neurology and pediatrics at Emory University from 2008-13, where he served as director of epilepsy and director of clinical neuroscience research. He joined the Stanford University faculty in 2013. 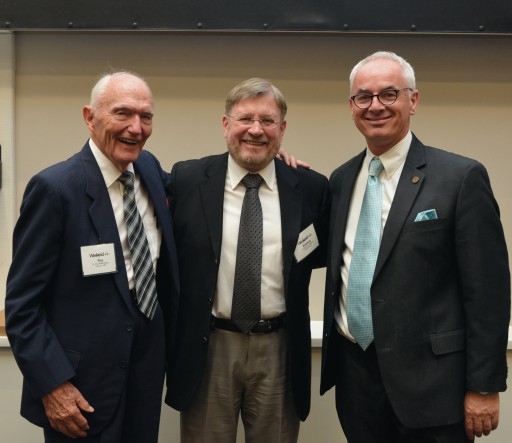 He has authored or co-authored 300 peer-reviewed publications regarding cognition, cerebral lateralization, perception/consciousness/memory, epilepsy, functional imaging and other aspects of neurology. He has served as principal investigator for a long-term National Institutes of Health multicenter study of pregnancy outcomes in women with epilepsy and their children.

Dr. Peter Michael Payne, an Augusta native who earned his MCG degree in 1964, was named MCG’s Distinguished Alumnus for Loyalty. He completed a rotating internship at University Hospital and an obstetrics/gynecology residency at MCG. 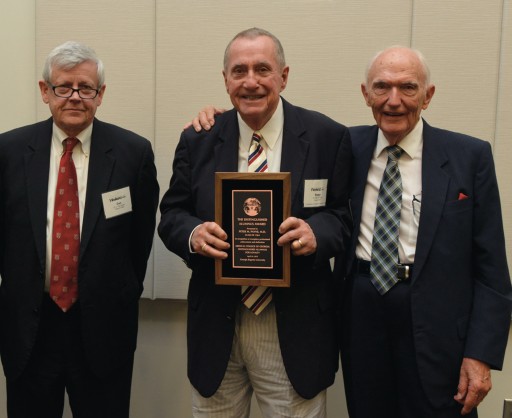 Payne served in the U.S. Navy from 1965-67 and in the U.S. Naval Reserve from 1961-74. He has served on the medical staffs of Georgia Baptist, St. Joseph’s and Northside hospitals in Atlanta; Athens Regional Medical Center and St. Mary’s Hospital in Athens, Georgia; and MCG Hospital (now Georgia Regents Medical Center), University Hospital and the Department of Veterans Affairs Medical Center in Augusta. He was the OB/GYN residency director at Georgia Baptist Hospital and director of the University of Georgia Health Service Women’s Clinic. 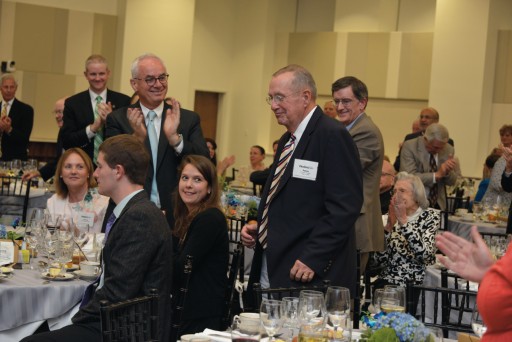