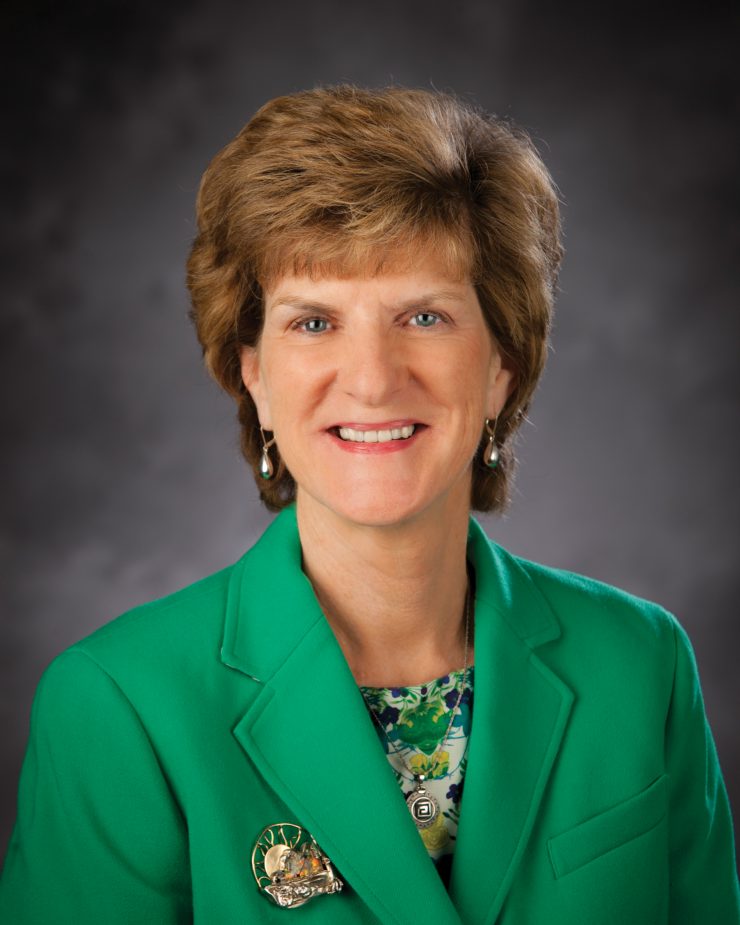 If it weren’t for her high school counselor, Dean Marion Broome, PhD, RN, FAAN, might not be where she is today.

That counselor insisted the young graduate — who was ranked in her class’s top 10 percent — enroll in a baccalaureate nursing program. “It started my career,” said Broome, the first in her family to attend college.

But it is MCG that Broome credits for shaping her career, which has taken her from pediatric nursing to clinical education to research and finally to dean of the nursing programs at Indiana University and now Duke University. “That message was what was so clear to me — ‘You’re a leader’ — and I took it all to heart,” said Broome. “It truly changed my life. Of that, there is no question. I learned more in those four years about everything, including life. I grew more during that time than any other four years of my entire life, other than becoming a parent for the first time.”

Today, the nationally ranked nursing leader has come a long way from the third-grader who read the Sue Barton RN book series and decided to become a nurse. But she always looks back at her years at MCG as being a pivotal moment. “With all of these different positions, I have maintained my nursing perspective, my commitment to the profession,” said Broome. “I am proud to be a nurse, and I’ve always been proud to be a nurse. … There would have been none of that without the faculty who shaped me at the then-MCG School of Nursing.”

Col. Gwendolyn Fryer, RN, BSN, MSN, LNC, remembers her maternal grandmother’s words to this day: “If you don’t do it right, don’t do it at all.”

So when her dreams of becoming a journalist ran into a roadblock, she took the door that was open, enrolling in the baccalaureate nursing program at MCG in 1971.

It wasn’t as great a change as you might imagine for the Augusta native. Many of Fryer’s family members were and are health care providers, including a paternal great-grandmother who was a midwife in Waynesboro, Georgia. So following her grandmother’s advice, she threw herself wholeheartedly into her newly chosen career.

After graduating, Fryer worked in civilian nursing for several years, but thought the military might offer greater opportunities for career advancement. To get a taste of military life, she was commissioned as an Army Nurse Corps officer in the United States Army Reserves (1978-81), while completing her master’s degree at MCG (1978-79). She transitioned to active duty status in 1981, serving her country for more than 28 years before retiring in 2007. Her career took her to key assignments across the South — including Augusta’s own Fort Gordon — as well as Texas, Kentucky, Alabama and Florida.

As an undergraduate, Fryer attended the School of Nursing during the early years of integration. Although she recalls some of the difficulties and challenges, she doesn’t focus on them. Instead, she credits the MCG SON for instilling a confidence in her that she’s taken with her throughout her career. “When I left MCG SON, I felt like I was ready for nursing,” said Fryer. “[In fact], I felt like we were heads and tails above other nurses out there.”

Her experience inspired her to embark on a lifelong commitment to the CON and the future of nursing graduates. She volunteers with the CON’s Diversity and Inclusion Committee and is spearheading the development of an endowment for the CON.

A nursing alum’s lifetime of service

While very little remained the same over the more than 30 years that nursing alumna Beverly Adams Ward learned, taught and served in our institution, her warmth, self-discipline and strong work ethic were constants. Her life of service exemplifies the very best that Augusta University’s nursing program has to offer.

A native of Elberton, Georgia, Bev enrolled in what was then MCG’s School of Nursing in the early 1970s, and she went on to earn both her bachelor’s and master’s degrees here. She chose to practice her healing skills at the MCG hospital, where she was quickly promoted to head nurse and oversaw several different units until her retirement in 2001.

Leslie Edney, whom Bev hired in 1988, remembers Bev as “awesome … exactly what I needed at the time. She nurtured me and wanted me to do well. She was absolutely the best.”

Edney, now a charge nurse at the medical center, recalls that even after Bev retired in 2001, they stayed close. “We talked, we had lunch, we’d meet for dinner. … When my mom passed away, she was one of the first people I called.”

Bev was named the hospital’s Nurse of the Year in 2000, and one of her proudest moments was when Edney received the award 12 years later. She inspired countless other nurses along the way and mentored many nurses-in-the-making, including her own niece and nephew, both of whom chose Bev to pin them during their graduations.

Bev was only 60 years old when she died of cancer two years ago, and her widower’s voice still catches when he talks about her. Mike Ward, who earned a bachelor’s degree in business from Augusta College in 1976, feels compelled to keep Bev’s memory alive not only as a testament of his and their two children’s love and devotion, but as a cautionary tale. Take nothing for granted, he counsels. Create as many memories as possible. “Bev was one of the bravest people I have ever known; she fought until she could not fight anymore,” Mike says. “She was not concerned about herself but the others around her.”

A nurse who truly was, as the saying goes, “the heart of health care” at MCG.