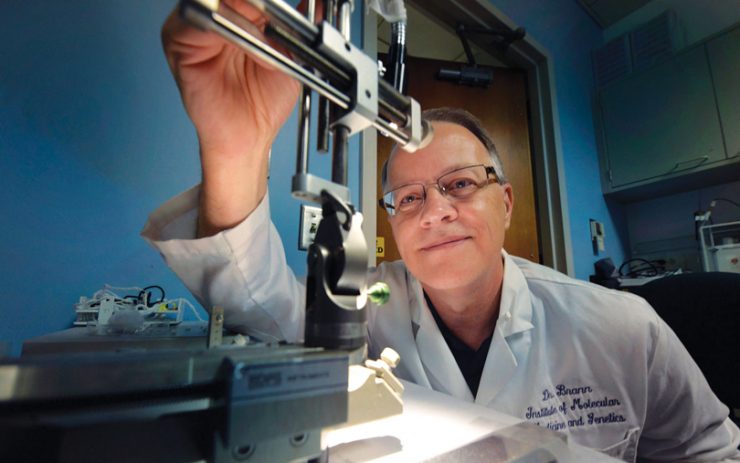 Dr. Darrell Brann, Regents’ Professor and vice chair of the Department of Neuroscience and Regenerative Medicine at MCG, has been named the Virendra B. Mahesh, PhD, DPhil Distinguished Chair in Neuroscience.

Brann’s research has furthered the understanding of the signaling mechanisms and actions of estrogen in the brain, how they help neurons survive and how they regulate the ability of synapses to strengthen or weaken over time. He is principal investigator on a $1.8 million grant from the National Institutes of Health to help elucidate the roles of the enzyme aromatase and estrogen in brain injury and health and, ideally, point toward therapies that can augment the brain’s effort to heal.

His research has led to the publication of over 175 peer-reviewed articles in leading journals in his field, and he has been continuously funded by the NIH throughout his career, as well as supported by a VA Merit Award. He has served on the editorial boards of top-tier journals like PLoS One and Brain Disorders & Therapy and is a past member of the NIH’s Integrative and Clinical Endocrinology and Reproduction Study Section. From 2009-12, he also chaired the American Heart Association’s Brain Region II Study Section.

Brann received his PhD in endocrinology with distinction in 1990 from MCG, where he also completed a postdoctoral fellowship in neuroendocrinology. 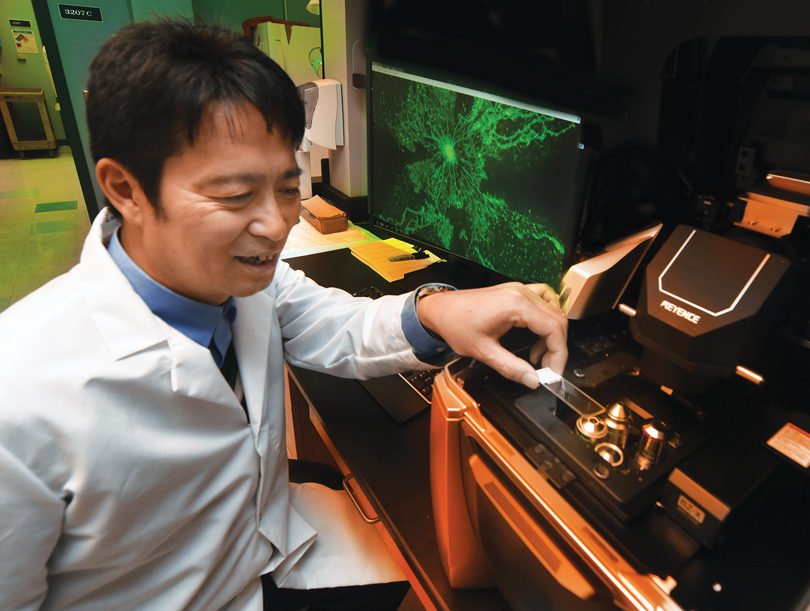 Dr. Tohru Fukai, a professor in the MCG Department of Pharmacology and Toxicology and co-director of the Redox Signaling Program at the Vascular Biology Center, has been named the Barbara A. Schnuck Chair in Translational Medicine.

The chair honors the late wife of Dr. Lloyd Schnuck, a 1968 MCG graduate and longtime faculty member in the medical school’s Department of Radiology and Imaging. Mrs. Schnuck was always interested in education and received degrees in radiological sciences, nursing and business management, all with the highest honors. Dr. Schnuck created an endowment, which provides funding for the recruitment and retention of a research endowed chair at MCG, upon her passing in 2005 after a brief illness.

Fukai’s research focuses on the role of oxidative stress and copper transport systems in cardiovascular disease. He is the principal investigator on an RO1 grant from the National Heart, Lung, and Blood Institute to further elucidate the mechanisms for blood vessel damage in diseases like diabetes, and he also holds a Merit Award from the Department of Veterans Affairs, which funds his research on the role of copper transporters in atherosclerosis.

He came to MCG in May from the University of Illinois, where he was a professor in the Departments of Medicine and Pharmacology. An internationally renowned expert in vascular biology, he is a fellow of the American Heart Association’s Council of High Blood Pressure Research and has twice received the Top Reviewer Award for the association’s journal Circulation Research.

Fukai serves on the Scientific Advisory Board for the World Congress on Health Disease, study sections for the NIH and the Department of Veterans Affairs, the American Heart Association’s Region 1 Cardiac Biology Study Section and the Ad Hoc Study Section for Ireland’s Health Research Board. He is a member of the editorial boards of Circulation Research, Arteriosclerosis, Thrombosis and Vascular Biology, Free Radicals and Antioxidants, Frontiers in Oxidant Physiology and Frontiers in Internal Medicine. He also serves as an academic editor for PLoS ONE.