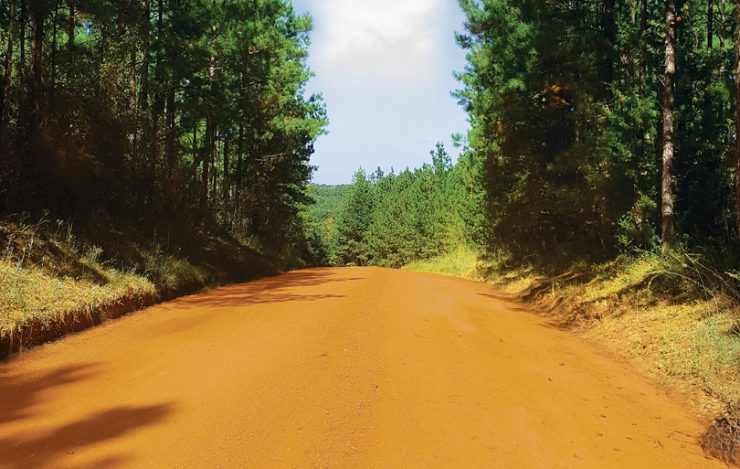 From a barefoot kid on a country farm to a nationally recognized pediatric radiologist, Dr. Charles Williams looks back on his many influences.

A dirt road outside Moultrie, Georgia, led Dr. Charles Williams, ’66 all over the world.

It led him from a farm in Colquitt County to college at Mercer University.

He hitchhiked the same road to get to his admissions interview for the Medical College of Georgia. 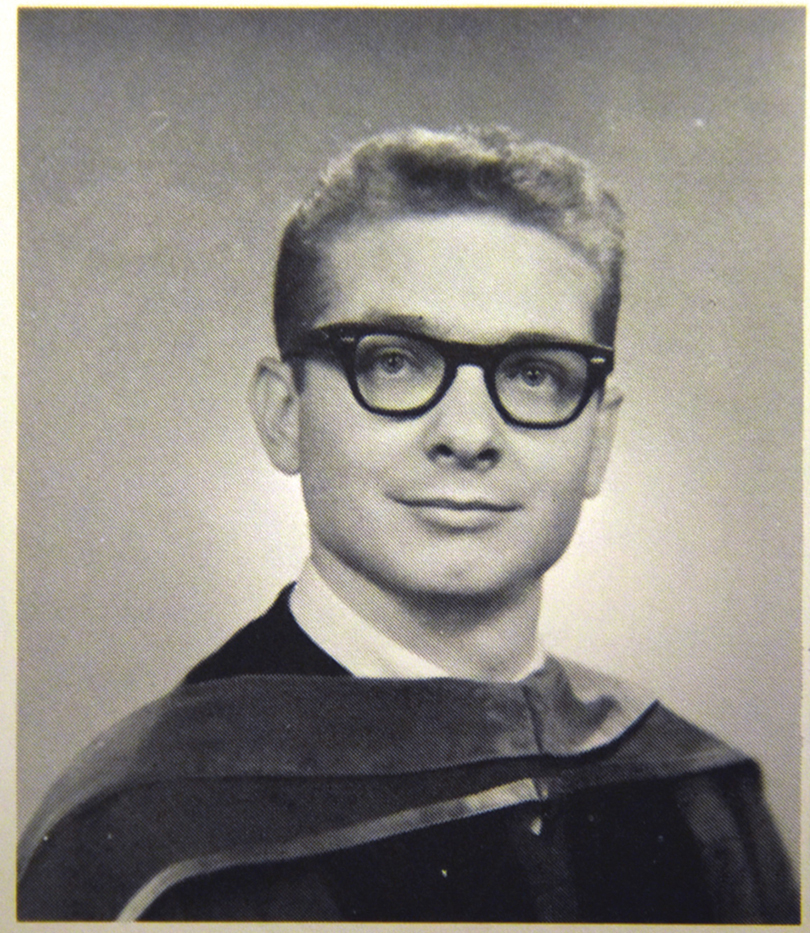 That dirt road, and the lessons he learned living on it and traveling it, are part of what he says has led to his success in life. His Deep South upbringing and the people who influenced him most are chronicled in his books Simpler Times and More Simpler Times.

Williams was born out in the country between Moultrie and Berlin in 1940, and times weren’t easy for the Williams family. “My grandfather died during the 1918 flu epidemic when he was 27, and my grandmother raised seven kids on her own. Not long after that, the boll weevils got the cotton and the bank got the farm.” 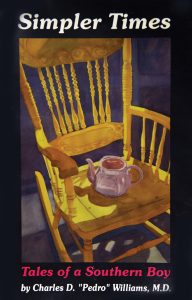 His grandmother moved the family to a rundown farm close by to try sharecropping, which paid their rent. Williams’ father Millard, one of her seven children, never learned to read or write and carried on the family tradition, something that made a young Charles, whom they affectionately called “Pedro,” proud.

“To me, Dad was a giant, but he was tallest when he was on his knees. Six days out of seven, he was up before dawn. He was a simple, hardworking country man trying to make a living, but he was at his best when his hands were in the soil,” Williams writes in his book More Simpler Times. 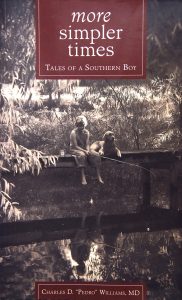 Sharecropping was in Williams’ blood and could’ve been his destiny as well, but his grandmother wouldn’t have it. “Grandma wanted me to get out of the cotton fields,” he says. “Get your education. It’s something they can’t take away from you,” she told him.

He wanted more too, having found inspiration in a young physician who moved “just a short piece down the dirt road” when Williams was just 5 years old. Dr. James Paulk would buy eggs from Williams’ family, and every time he’d visit the farm, Williams would rush out barefoot to greet him, excitedly telling him how he’d kept the “egg-sucking dog” out of the henhouse for another week.

“Dr. Paulk gave Pedro glasses, which kept the big boys from hittin’ him and the girls from kissin’ him. He told Pedro that he was a good boy, and I never forgot it,” Williams writes in his book. “I’ve remembered it clearly over the years and I believed him.”

Paulk’s belief in him encouraged Williams to excel in high school and helped him earn several scholarships to attend Mercer University, two hours up the road in Macon. He excelled there too, serving as vice president of the freshman class, president of the sophomore class and president of the Blue Key honor fraternity.

He knew “from the git” he wanted to pursue a career as a physician — just like Dr. Paulk and other doctors who’d inspired him. They were doctors like Dr. Frank Gay, who had an office on the square in town where Williams would hang out each day. At 15 years old, Williams had asked, “How do you become a doctor, and how do you get there from Moultrie?” Gay had told him, “You just have to want to bad enough.”

After graduating from Mercer in 1962, Williams returned home to Moultrie and worked carrying tar buckets while he applied to the state’s public medical school.

When he received word that he’d gotten an interview, he wondered how he’d get to it. The family had a rundown car that couldn’t make the trip. So Williams hitchhiked his way from Moultrie to Augusta in a chicken truck, which carried him halfway. He spent the night on the side of the road in Dublin and hitchhiked the rest of the way the next day. He arrived with just enough time to find a Texaco station and freshen up before his interview.

He started medical school that fall. At MCG, Williams says he flourished and began to figure out the kind of doctor he wanted to be. “I feel like MCG really formed the foundation of who I am today,” he says. “I didn’t even know a radiologist was a type of doctor back then.”

He’d found that he enjoyed his pediatrics rotations, but wanted to see fewer common colds and coughs and be part of the team that helped figure out what major illnesses were plaguing his young patients. Diagnostic radiology was the perfect fit. “I feel like Columbo in a way,” he says. “Pediatricians send you a problem, and you get to help figure it out.”

After graduation in 1966, Williams returned to Macon for a general practice residency. He was drafted during the Vietnam War and practiced pediatrics in the Air Force for several years before heading to Baylor College of Medicine for his radiology training. He completed a pediatric radiology fellowship at the University of Florida before moving to Tallahassee, where he still lives.

But “home” will always be down a dirt road near Moultrie, where the memories of his mama, his daddy, his beloved grandma and Drs. Paulk and Gay were made. He hopes that one day he’ll be able to inspire a new generation like they did, a point he illustrates in More Simpler Times.

In the ‘80s, Paulk’s wife had a coronary arteriogram and coronary artery bypass at Tallahassee Memorial Hospital. Paulk came down to the Department of Radiology to visit Williams, who was gloved and gowned and performing a femoral arteriogram. Paulk had aged and his vision was poor, so he placed his face within inches of him.

“He grabbed me and held me for about two minutes. For a second I thought I felt something (a tear) on my cheek,” he writes. “As he was leaving I was thinking I never told him what he meant to me and the influence he had on me. Will the cycle be completed? Is there a young person out there that I may influence and not know it at the time? Perhaps I should be careful and do better. An impressionable barefooted kid in need of direction might be watching.”