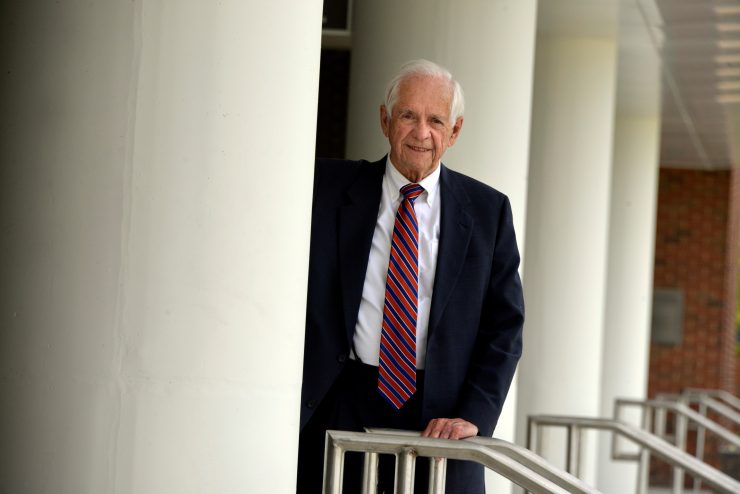 Rowland, 96, was a native of Wrightsville, Georgia, and attended Emory University before enlisting in the Army during World War II. After the war he pursued his dream of becoming a physician, enrolled at MCG and after graduating, he practiced family medicine in Dublin, Georgia, for 28 years.

He was elected to the Georgia State House of Representatives in 1976 and was elected to the U.S. House of Representatives in 1982. During his 12 years in Washington, he remained involved in health care issues, including serving on the Veterans Affairs Committee and spearheading bipartisan legislation to create a network of community health centers to provide care to Medicaid patients and the under- and uninsured.

In his book House Call, he shared his story of the behind-the-scenes machinations of a complex health care reform package and his unique role as one of two physicians serving in Congress at that time. “As one of two medical doctors among the 535 members of Congress, I was about to help President Clinton transform the country’s health care system from one of the industrialized world’s most impaired systems to one worthy of a great nation. Or so I believed on the day Congress convened for the 1993-94 term,” Rowland wrote.

Though the legislation didn’t pass, when he returned to Georgia, he continued his work at a local level, working with the Community Mental Health Center of Middle Georgia, which covers a 10-county mid-state area and provides mental health, addiction and developmental disability services.

“I’ve always thought the brain is like striated muscle,” Rowland once said. “If you don’t use it, you’ll lose it.”

From the Alumni Association President