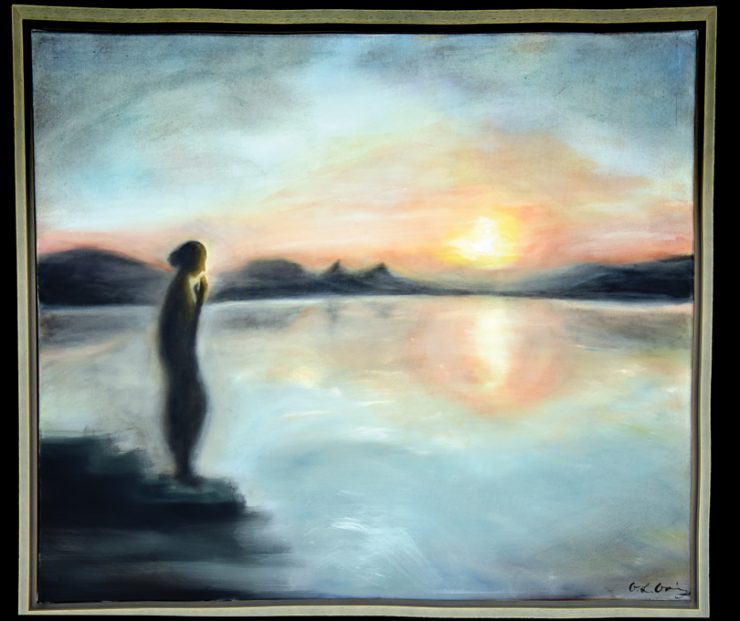 A Link in the Chain

Konchady, a DCG assistant professor, was driving home to Ackworth, Georgia, for the weekend in March 2017 when the car behind hers failed to slow at a construction site on the interstate. This car hit Konchady’s, leading to four-car pileup. Konchady, 44, was pronounced dead at the scene.

“We were broken-hearted,” says Gabrielle Going (’19) of her classmates’ stunned reactions. “We had gotten to know her so well. She was with us every step of the way.”

Shockwaves pulsated throughout the school at the news of her sudden death. “Life can be so fragile,” Going says.

But she and her classmates were determined that the chain reaction Konchady had set in motion in their lives at the DCG would live on. Gabrielle, who earned a dual major in studio art and pre-health studies at the University of Notre Dame, was asked to create an oil painting in Konchady’s memory to inspire every DCG student from that day forward. Gabrielle considered the invitation a great privilege, noting, “I thought it would be such a wonderful way to honor her.”

She loves painting landscapes, so she began researching lakes in Konchady’s country of origin, India. “I learned in my classes that no matter how technically good your work is, it’s not art if it doesn’t have an emotional meaning,” she says.

Working closely with Konchady’s family, Gabrielle created a 30×24” oil painting of a woman standing by a lake at sunset. The sun casts a glow on her head, heart and hands—the source, Gabrielle says, of a good dentist’s gifts. The painting was dedicated at a ceremony on Feb. 26, and hangs on the fourth floor.

Gabrielle looks forward to perpetuating Konchady’s legacy when she begins practicing general dentistry after graduation. Both her parents and grandfather are dentists, and she is honored to be the next link in the chain. In the meantime, she loves that Konchady’s image will grace the halls of the DCG. “This,” she says, “has been one of the most meaningful things I’ve ever done.” 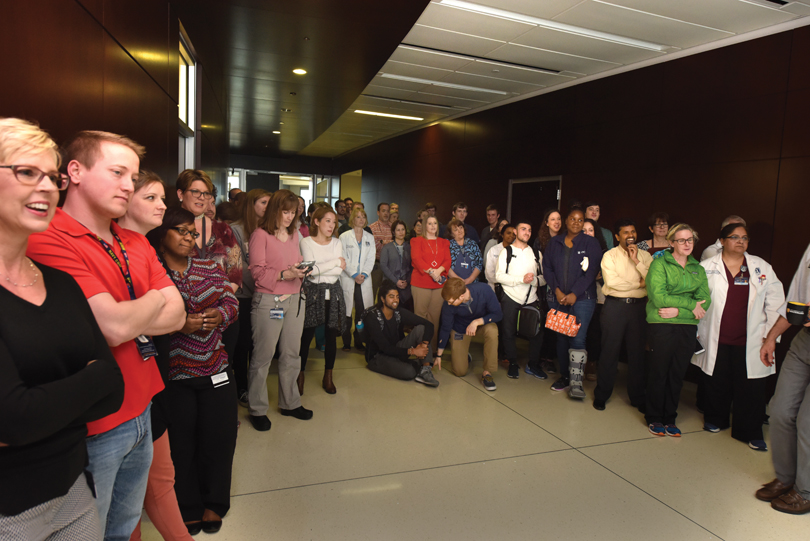