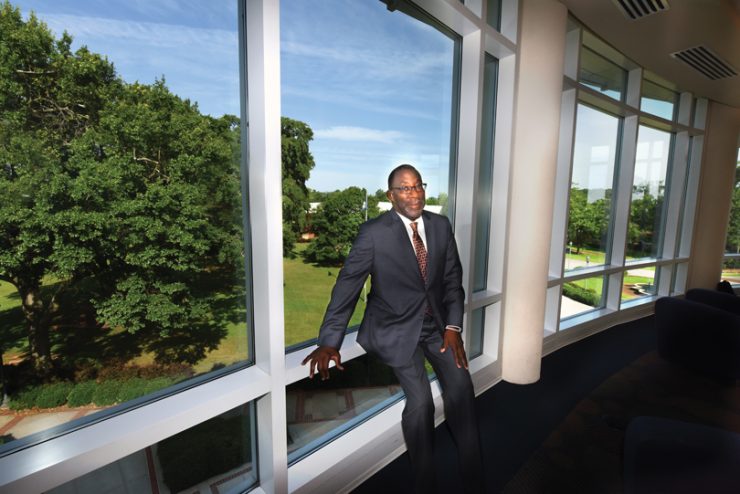 Ed Tarver (BA ’81) recently returned to the private sector and is doing what he knows best: helping others. Having served as the first African-American U.S. Attorney in the 229-year history of the Southern District of Georgia and as a Georgia state senator, Tarver dedicates his time and talents toward serving his community.

1.  What would you say to Augusta University students considering a career in politics?

That they should go for it. It is so important. Elected officials make and are involved in decisions that have a direct impact on the community and the citizens, and we need good people who are willing to offer themselves for public office.

2. How would you say government has changed in the last few years?

Unfortunately, I think it’s gotten a lot more acrimonious. There seems to be a lot more distrust. I think that [there is] probably too much emphasis on political parties and political titles and labels as opposed to the emphasis we would hope to see on just doing what’s best for the community.

3. Would you ever consider getting back into politics?

I enjoy being back in the private sector — probably more so than I ever imagined. I learned so much during my time as U.S. Attorney that relates to what I do now. I think you have to look at it from the standpoint of, ‘Can I make a difference,’ and I do believe that one person can make a difference, and if I can help, I will do that.