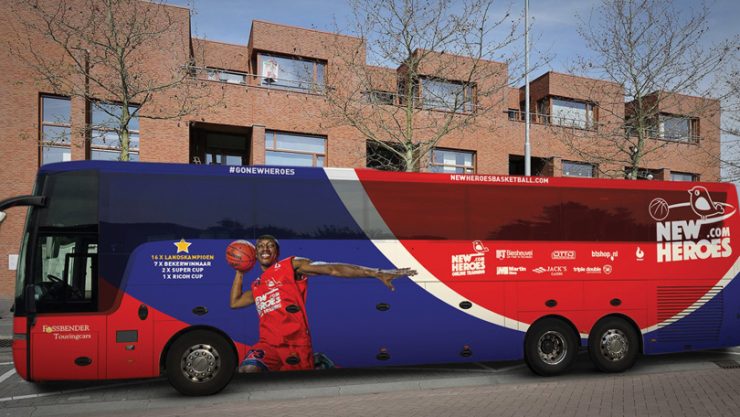 Keshun Sherrill ended his college basketball career as the all-time leading scorer in Peach Belt Conference history when he beat the then-record with 2,333 points scored.

Sherrill had an amazing collegiate basketball career including being named an All-American by the National Association of Basketball Coaches and the NCAA Southeast Region Player of Year.

But would he go pro?

“You know, he [volunteer assistant coach Lenny Carlson] was certain I was going to get something — whether it was in the NBA, the G-League or overseas,” he says. “After that, we just started working out; I signed with my agent, and we kept staying positive.”

It wasn’t long before Sherrill signed to play professionally for New Heroes basketball team in Den Bosch, Netherlands — over 4,000 miles away from Augusta.

“It’s different,” he says. “It’s real quiet. Everybody is friendly, you know. Everyone is friendly. I remember walking — just taking a walk one day — and seeing a complete stranger, and he spoke to me, and we had a conversation.”

Upon arrival to Den Bosch, it took Sherrill about a month to get settled in; and not too long after that, he became the face of the team’s bus wrap.

“To this day, it’s still amazing to me because when I took the picture they told me I was going on the bus and I thought that was going to be a small picture,” he says. “But when I saw it? Just wow. It was amazing — it was an amazing feeling.”

And when it comes to others following in his footsteps, Sherrill hopes to motivate.

“For anybody who is trying to follow my — or anyone’s — route, you just have to believe in yourself and continue staying positive, continue working hard and start developing good habits at an early age,” he says. “Once you have those habits, good things will happen.”

“I just wanted to play basketball while earning my degree, and I did. Now, playing professional basketball is just a plus. Because once that ball stops bouncing, I have my degree to fall back on.”