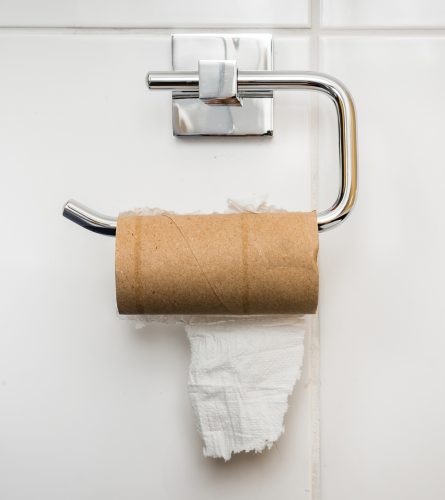 It is a common health problem that causes uncommon personal discomfort.

Fecal incontinence affects some 8 to 10 percent of the 325 million people in the United States. In up to half of patients, there is both fecal and urinary incontinence.

“Not all patients with incontinence are the same. There are some with muscle injuries, some with nerve injuries, some with more diarrheal illness, some with a combination of diarrhea and nerve injury. We want to know what is the right thing to do for our patients,” says Dr. Satish S.C. Rao, director of neurogastroenterology/motility at the Digestive Health Clinical Research Center at the Medical College of Georgia.

He is helping lead a federally funded initiative that will provide the first head-to-head comparison of the benefits, side effects and costs of three Food and Drug Administration-approved treatments already in regular use.

“The body is such a finely tuned, ecologically balanced organ,” he says.

“If any of these three go wrong – and there are multiple reasons why each one may go wrong – then you are in trouble.”

Tough on health, quality of life

The bottom line is that fecal incontinence is bad for quality of life and health, says Rao, J. Harold Harrison MD Distinguished University Chair in Gastroenterology.

“Studies have shown that incontinence is an important cause not only of morbidity but mortality in the elderly,” Rao says, as bad turns worse. Incontinence, for example, can lead to localized infection, which can lead to a serious blood infection and skin breakdown as well as inactivity and social isolation.

While men and women report about the same incidence of fecal incontinence in population surveys, physicians like Rao tend to see more women, possibly because women are more generally inclined to go to the doctor and because fecal incontinence is generally more severe in women, with pregnancy and obstetrical injury both important predisposing factors, he says.

Some patients don’t report it at all, and some physicians don’t ask, says Rao, acknowledging the topic is tough and embarrassing, but so is living with the condition.

But fecal incontinence is coming out of hiding, to some extent, because of the realities of an aging population, which further increases the risk and likely incidence. It’s also made its way into our homes via advertisements regularly reminding us of how a product can help us be more active with bladder and/or bowel leakage. Both ratchet up the demand for improved understanding and treatment, Rao notes.

“People are more aware things can be done,” he says. “People want to live a better quality of life and they don’t want to be shut-ins because of their medical condition.” This concern and interest appears shared by the National Institutes of Health.

Five years ago, Rao was one of four planning directors for an experts meeting at the NIH that gathered gastroenterologists, basic scientists, urogynecologists, urologists, epidemiologists, lay people and others to address concerns and needs. The consensus that emerged included the need for effective treatments, a side-by-side study comparing efficacy like the one now underway, as well as a better understanding of underlying mechanisms including epidemiology and nerve function, Rao says.

While there are FDA-approved options out there today, there still is no comparative data on what works best, and a dearth of knowledge about how some treatments do work, Rao says.

“We are seeing these patients all the time and we have to decide what to do for them,” he says. Which treatment often depends on multiple factors, including which ones are available, he says, noting that while all options are available in Augusta, that is more often not the case in other cities across the nation. 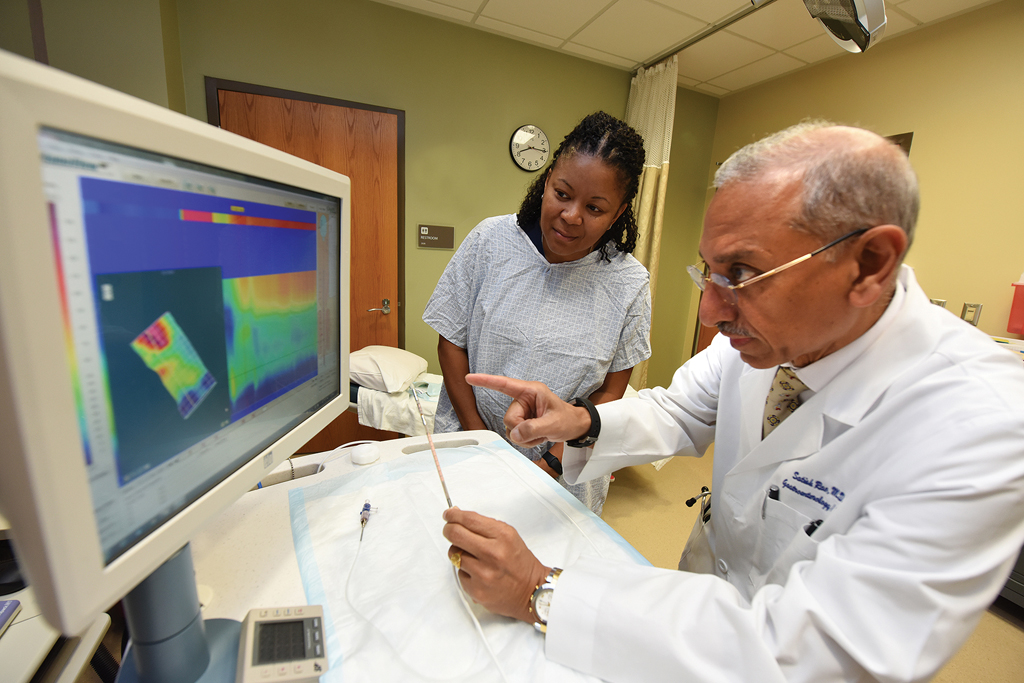 The first side-by-side comparison of treatments

The new study is the first to put the three treatment options side-by-side: biofeedback therapy to enhance awareness and control, inert injectables that bulk up the anus so it can fully close and a pacemaker that stimulates and strengthens muscles key to keeping urine and feces where they belong.

The study is comparing their efficacy and impact on quality of life, and measuring issues like patients’ anxiety and depression before and after their treatment. The study is also comparing safety, by looking at adverse events, as well as costs.

The $18.8 million, five-year study funded by the NIH’s National Institute of Diabetes and Digestive and Kidney Diseases just started at MCG and AU Health as well as three other sites nationally that are referral centers for fecal incontinence.

Participants will keep daily stool diaries for two weeks, then will be enrolled in a four-week medical management program that provides support like learning pelvic floor exercises and how to use nonprescription drugs to normalize stool consistency. They will also learn relatively easy lifestyle changes.

If the leakage problem appears to result because stool is too liquid, “We need to look at diet, we need to look for mucosal disease, we need to look at medications that may be causing it, as well as upper and lower gut problems.” Constipation presents a different but equal problem, with liquid seepage around the hard stool. “You have to get the balance right,” Rao says.

Patients who experience a 75 percent or more reduction in fecal incontinence with this enhanced medical management will be followed for two years. But previous clinical trials have shown that even with super compliant patients, the success of medical treatment is 15 to 20 percent and that it will be clear within a month whether it’s working for a patient. “So it’s not a panacea,” he says.

Those who don’t find success with medical management will be randomized into one of three treatment arms. A bottom line is to see what impact each treatment has at three months.

“A lot of patients have lost the connection between their brain and gut, but by looking and reinforcing, they start reconnecting with their own body,” he says.

Rao’s a pioneer in biofeedback for fecal incontinence as well as a hard-to- treat constipation, in which patients have lost their ability to squeeze the top of their rectum and relax their anus in the natural pattern that we ideally learn when we are potty trained. Injury and disease can be causes for the lost natural rhythm.

In the new study, participants who regain the ability to control when they defecate will be assessed at three, six and 12 months.

The final option is using a pacemaker to stimulate the sacral nerve, an important nerve in controlling muscles involved in both pooping and peeing. Constant stimulation of the nerve – and so the muscles – works much like regularly pumping iron to increase muscle size and strength. The battery will periodically need replacing and the pacemaker can be removed, but like working out, the pacemaker likely will be needed for the rest of the patient’s life to continue to provide benefit, Rao says.

When a treatment results in a 75 percent reduction within three months, those patients will be followed for two years to look at longer-term impact. Those who don’t respond that well will be offered one of the two treatments they did not initially receive.

Investigators anticipate it will take about five years to get all participants enrolled, treated and followed for the two-year timeframe.

While biofeedback is essentially a benign procedure in terms of complications, it requires self-motivation and patient compliance so it is not always clear which patient will benefit most from it or one of the more invasive treatments, Rao says. The study should help provide more evidence on that front as well.

“All three options are FDA-approved and commonly used in practice today, but we really don’t know which is good, which is better and, if it works, why it works,” Rao says. “We want to know scientifically what the best options are. I think a tiered approach may be what we will come up with that is based on the patient’s problem and the evidence generated from the study.”

Other treatments have fallen by the wayside and one of these may need to as well, he notes, as comparative evidence piles up.

Outside the study, Rao typically starts with medical treatment, then moves to biofeedback as a next step if needed before moving to the more invasive anus bulking or nerve-stimulating procedures.

At this writing, he is working on another promising noninvasive treatment for this condition using magnetic stimulation.

Rao notes that there is a wide range of normal for how often you defecate. Some poop three times a day, others three times a week. Either direction outside that range can be problematic, he says. He notes that our bodies are continuously producing poop out of what remains when the body has pulled what it needs from food and that when we go to the bathroom, we typically only clear the distal foot of poop.

For more information about the study, contact Shashana Fiedler or Rachael Parr at 706-721-1968 or sfiedler@augusta.edu and rparr@augusta.edu.