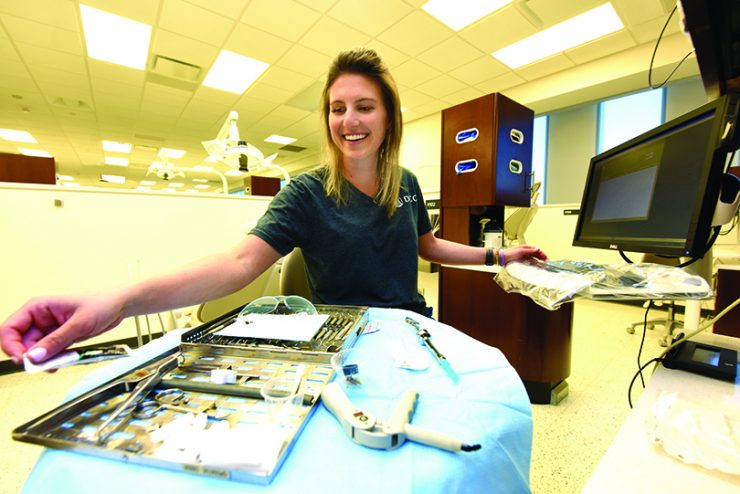 Michelle Lonati was in Dr. Jeffrey James’ oral surgery class in May 2018 when she happened to notice that one of her lymph nodes was swollen.

She thought almost nothing of it, but since she was sitting just a few feet from a highly renowned oral surgeon, what they heck. . .

After class, she mentioned it to James, who asked a few follow-up questions, then suggested a just-in-case doctor’s visit. After a series of inconclusive tests, he recommended a CT scan.

“They found a tumor, and Dr. James did the biopsy,” says Lonati, who just completed her third year of
dental school.

James was also the one to deliver the crushing diagnosis: Lonati, seemingly the picture of health, had stage-two Hodgkin’s lymphoma. “I spent the whole day in Dr. James’ office, and he said he’d always be there for me,” says Lonati. “He spoke to my parents. He arranged for insurance that would allow me to get treated in Augusta and stay in school. He referred me to an oncologist. And he’d already emotionally prepared me. He said, ‘This is going to be a defining moment in your life.’” 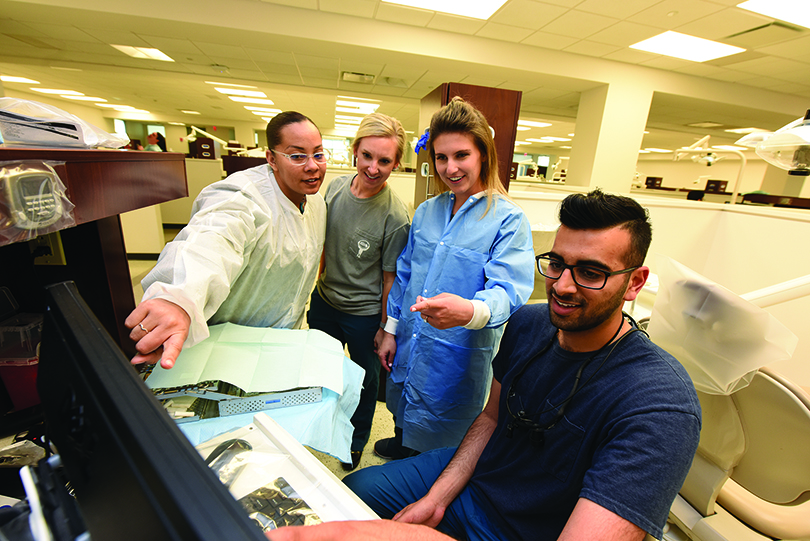 The next few months were a whirlwind of chemotherapy, radiation and schoolwork. But the latter felt less like a burden than a Godsend. “My classmates are the greatest people in the world,” says Lonati. “The students, the faculty, the staff . . . so many people were praying for me and supporting me. They made me believe there’s nothing I can’t get through.”

She and her fiancé decided to harvest her eggs in the event that treatment rendered her unable to conceive in the future. A nonprofit called Team Maggie helped defray the expenses, and Lonati vowed to one day repay the favor.

She and her classmates made good on that pledge last November, when they formed a team for the American Association for Women Dentists’ 5K run, accepting contributions that they would donate to Team Maggie. “My team had bracelets made that had ‘#TeamLonati’ on one side and ‘No one fights alone’ on the other,” Lonati says. “The proceeds from bracelet donations benefited Team Maggie as well. I’d see them on people’s wrists walking down the hall. I’ll never forget that.”

Shortly after the 5K, tests showed her body had completely responded to the cancer treatment. “It was the day before Thanksgiving, and I had so much to be thankful for,” Lonati says.

She’ll follow up with her oncologist once every three months for the next five years, then annually after that.

She looks forward to practicing general dentistry after graduation. “I love that in dentistry, I’ll have one-on-one relationships with patients and follow them potentially their whole lives,” she says.

“I want to be there for my patients the way people have been there for me.”