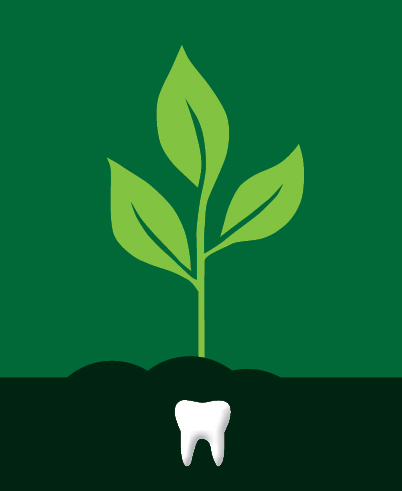 Dr. Kimberly Edwards Beal had barely begun her dental education when she started laying out a welcome mat for those following behind her.

Beal (’00) grew up in Atlanta watching her mother practice pediatric dentistry, but she knew that many of her fellow African Americans lacked ready access to such role models. So she rolled up her sleeves and became a role model herself.

“When I was elected chapter president of the Student National Dental Association (which supports the academic and social environment for minority dental students), I started thinking about ways to give young people more exposure to dentistry,” says Beal, an orthodontist in Atlanta. “I wanted to offer a preview and hands-on experience to help them realize why it’s such a wonderful career.”

Beal brainstormed with her fellow association members and hit on an idea.

“One of the first things dental students learn to do is make impressions, so that became the focus of our efforts. We wanted to make an impression on potential applicants.”

The DCG chapter introduced Impressions Day in 2000, welcoming select high school and undergraduate college students to campus for a day of immersion into the dental school environment. The participants met representatives from admissions, student affairs, financial aid and other DCG units, obtaining information to ease their path into dental school, should they choose to go that route. They even took full-mouth impressions of each other and received a model of their teeth as a parting gift.

It was a tremendous success right out of the gate. “A lot of minorities grew up without exposure to dentists who looked like them,” Beal says. “We wanted them to be able to envision themselves in that role.”

The event, held in February, became annual, and when Beal was elected SNDA president at the national level, she redoubled her efforts. Dental schools nationwide incorporated the event into their programs, which grew to include workshops, lectures, tours and mock interviews. The host city of the SNDA’s annual national meeting hosts an Impressions Program each year as well.

The DCG Impressions Program was held virtually last year because of COVID-19, but the lack of in-person interaction didn’t lessen participation or preclude the deep and lasting connections that characterize the initiative.

“I think it gives participants a preview not only of the physical environment, but of the people and experiences they will encounter,” Beal says. “They’re able to make connections that will smooth the way through dental school.”

Myra Morris (’20), who helped conduct Impressions Programs during her DCG education, concurs. “The connections are key,” she says. “Attendees actually get to meet the faculty while they’re here and go through mock admissions interviews. The faculty remember them when they come back for their actual interviews.”

Former participants give the program glowing reviews. Says one, “I really enjoyed the hands-on experience, and I learned a lot about the different career opportunities available in dentistry, including things I’d never really thought of, like research, product development and academia. I’ve always wanted to go into health care, and it was enlightening to learn that the profession is so versatile.”

That is music to the ears of Stephanie Perry, DCG director of admissions and SNDA faculty advisor. “Impressions is a student-run program, and it improves every year,” she says. “We have more participants and more activities, including hands-on activities, than ever. The virtual programs lasted an entire week.”

She adds, “The SNDA has done an amazing job with this. It’s important to have the DCG environment ready before all students ever set foot on campus. Impressions enables all participants, especially minority students, to interact with DCG students who look like them and those who do not. The program allows so many to look beyond their comfort zones and recognize the uniqueness and differences of those they will be interacting with, including classmates, faculty and, most importantly, patients. If you provide oral health care only to people who look like you, you’re doing an injustice to people who don’t.”

The dividends, she notes, are enormous. “To have people who were in the pipeline not long ago come back to visit as orthodontists, oral surgeons and other specialists is incredibly rewarding.”

Makua Okoye, who just completed her third year of dental school and has served two years as president of the DCG’s SNDA chapter, is fiercely committed to the program’s continued growth and improvement.

“I attended the Impressions Program twice as an undergraduate and know how important it was to me,” she says. “The dental students and faculty were so joyful and got us extremely excited about dentistry. I stayed in contact with several of them as I completed my undergraduate degree, and when I started dental school here, it felt like family. I had the sense that this is where I belonged.”

The role models were particularly important to her considering that she is the first member of her family to attend college. And she has been thrilled to pay it forward.

She recalls the enthusiasm generated during the 2021 Impressions Program when the guest speaker, Dr. Rico Bussey, discussed his Atlanta-area orthodontics practice. “He inspired every single audience member,” Okoye says. “That’s my biggest goal: to encourage people to follow their dreams.”

She adds, “I’ve tried to make sure we stick to the mission: helping students in general, and minority students in particular. And when those Impressions participants begin dental school, that mission continues. For instance, our chapter started a mentoring program last year. I’m very big on networking and making connections.”

Beal agrees.“Many of our former participants have gone on to return to their hometown communities to practice,” she says. “We’re planting the seed. A lot of data indicate that patients receiving care from people they’re comfortable with are more compliant with their treatment plans. We want every patient to have one-to-one examples and role models. If this is a way to inspire even one child, we’re doing well.”

And as happy as she is to have instituted the first Impressions Program, “we look forward to the time when we’re past firsts,” she says. “We want there to be an abundance.”

At DCG, she was chapter president, then national president, of the Student National Dental Association and was inducted into Omicron Kappa Upsilon, the national dental honor society. She completed an orthodontics residency at the University of North Carolina at Chapel Hill, where she was inducted into Alpha Epsilon Lambda for excellence in graduate studies.

The Highest of Values: Professionalism Cultivated from Day One