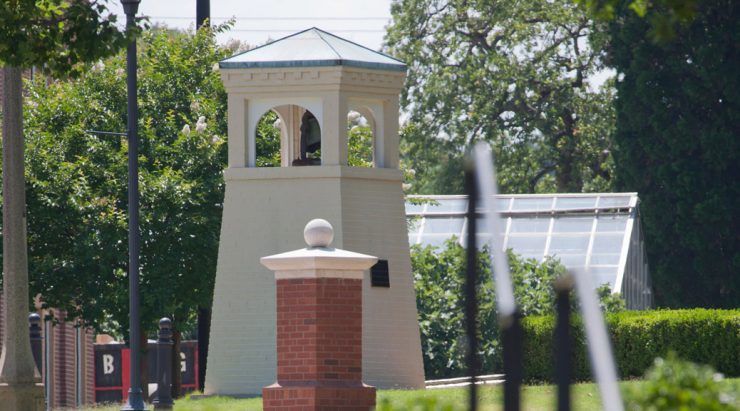 IN THE NEWS President Richard M. Nixon makes an unprecedented eight-day visit to the People’s Republic of China and meets with Mao Zedong. The Pioneer 10 spacecraft is launched from Cape Kennedy, to be the first man-made satellite to leave the solar system. Atari kicks off the first generation of video games with the release of their seminal arcade version of Pong, the first game to achieve commercial success.

Dr. Philip Roberts (MD ’62) received the Lamartine Hardman Cup award from the Medical Association of Georgia. After working in private practice in Albany for a decade, Roberts joined the Phoebe Putney Memorial Hospital in 1990 and became the medical director of the Phoebe Cancer Center before retiring in December 2014.

Dr. John S. Harvey (MD ’78) was sworn in as president of the Medical Association of Georgia on Oct. 17, 2015. The ceremony was in concert with the organization’s 161st House of Delegates meeting. Harvey has cared for his patients in the Atlanta area for over 30 years.

Dr. Jim Vaught (PhD ’77), International Society for Biological & Environmental Repositories president and founding member, joined the Scientific Advisory Board of CloudLIMS. Vaught is currently a senior research fellow at the International Prevention Research Institute (Lyon) and a consultant for a number of international biobanking activities.

Dr. Steven L. Carpenter (MD ’88) was advanced by the American College of Physicians to the level of Master, the highest designation given by the organization. Carpenter is currently chair of the Department of Internal Medicine for Mercer University School of Medicine’s Savannah campus; professor of medicine at Mercer University School of Medicine; and clinical assistant professor at the Medical College of Georgia.

Dr. William Durrett (MD ’85), owner of the Pain & Brain Center at Aiken Neurosciences and Pain Management in Aiken, South Carolina, will be published in the Leading Physicians of the World as a new member of the International Association of HealthCare Professionals.

Dr. Mary Jane Hamilton (BSN ’82), dean of the College of Nursing and Health Sciences at Texas A&M University-Corpus Christi, was selected as the Augusta University College of Nursing Phoebe Kandel Rohrer Distinguished Alumna and Presidential Alumna award recipient. The Texas House of Representatives also honored Hamilton in March with a resolution congratulating her for receiving this award and for her achievements in the nursing profession.

Joe Vignati (BA, Political Science ’87) was appointed by Gov. Nathan Deal to the Juvenile Justice State Advisory Group. Vignati is the deputy commissioner of the Division of Community Services for the Department of Juvenile Justice. He earned a bachelor’s degree in political science from Augusta University and a master’s degree in
public administration from Georgia
State University.

Dale Inglett (BFA ’98), associate professor of art in the College of Liberal Arts & Sciences at Alfred University in Alfred, New York, received a New York State Council on the Arts and the Arts Council of the Southern Finger Lakes grant.

Dr. Thomas R. Kelley (MD ’91) was named chief of quality and clinical transformation at Orlando Health. Kelley is a practicing primary care physician and continues to see patients in his Longwood, Florida, office.

Dr. Christopher Shaffer (MEd ’98), dean of university libraries at Troy University, was one of only 10 librarians in the United States selected to receive the 2015 I Love My Librarian Award. The New York Public Library and The New York Times are co-sponsors of the award, which is administered by the American Library Association.

Dr. Robert Carey (MD ’00), urologic surgeon and head of Sarasota Memorial’s Robotic Uro-Gyn Epicenter, was ranked among the best in Florida for prostate removal in ProPublica’s first-ever Surgeon Scorecard. Carey is the highest-rated surgeon with the lowest adjusted complication rates in the state in his subspecialty.

Dr. Stephanie M. Simonson (MD ’02), radiologist at Cambria Somerset Radiology in Johnstown, Pennsylvania, will be published in the Leading Physicians of the World as a new member of the International Association of HealthCare Professionals.

Dr. Matthew J. Socha (PhD ’09) was named assistant professor of biology at The University of Scranton in Scranton, Pennsylvania.

Dr. Abiodun Akinwuntan (MPH ’12) was named dean of the University of Kansas School of Health Professions in Kansas City, Kansas, effective Jan. 18, 2016. Akinwuntan served as associate dean for research in the College of Allied Health Sciences and professor of physical therapy, ophthalmology and neurology at Augusta University between 2005 and 2015.

Dr. Lauren Bowersox (MFRI ’15) joined Atlanta West Dentistry in Marietta, Georgia. Bowersox is one of the youngest dentists in the country to receive a Mastership with International Congress of Oral Implantologists. This year, she was recognized as the Outstanding Table Clinician during the annual Thomas P. Hinman Dental Meeting.

Dr. Rebekah Thomas (MPA ’13) has joined the Georgia Campus of the Philadelphia College of Osteopathic Medicine in Suwanee, Georgia, as an assistant professor in the Physician Assistant Studies Program. Thomas graduated in 2008 from Drake University with a Doctorate of Pharmacy and then completed two years of general and specialty pharmacy residency training at Grady Health Systems in Atlanta.