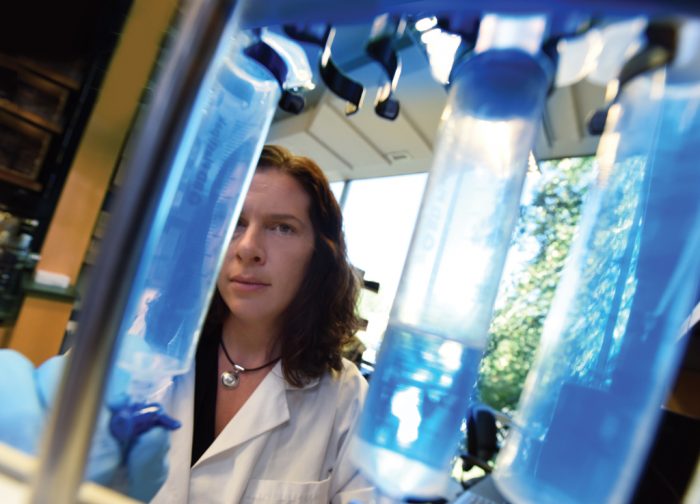 Value Added: Piloting Toward the Future

In August 2015, President Jimmy Carter announced he had metastatic melanoma that had spread to his liver and brain. His loved ones — indeed the world — prepared for the worst.

Less than a year and a half later, Carter announced he no longer needed treatment and that he owes his life to a new kind of cancer treatment called “immunotherapy.”

For the past 11 years in Augusta University’s research labs, Dr. Kebin Liu has been studying the science behind cancer immunology and immunotherapy: How do cancer cells avoid and/or suppress our bodies’ immune systems to continue their deadly growth and progression? What mechanisms-based approaches can be used to overcome tumor cell escape from immune surveillance and immunosuppression? Liu and colleagues have been conducting research and development activities to answer these fundamental questions and to increase the efficacy of this dramatic new tool in our cancer arsenal.

Over the past three years, Liu has been awarded nearly $5 million in grants from the National Institutes of Health (NIH), the VA Medical Center and more to fund his lifesaving research. And much of that funding may not have happened without the $80,000 in intramural grants he was awarded through the Augusta University Research Institute. He used his first $50,000 extramural success award to collect data in a pilot study that ultimately led to significant external awards.

The competition for external funding is fierce — especially for new studies. Being able to conduct a pilot study significantly improves a new project’s chances of success.

Dr. Jennifer Sullivan said she would not have come so far in her research without the boost she has received from pilot grant funding provided by the university.

Sullivan arrived at MCG as a postdoctoral fellow in 2001. In the intervening years, she has applied for and received about $94,000 in intramural grants from Augusta University, which helped her secure more than $3 million in research grants from NIH, the American Heart Association and more.

Most of her research has focused on addressing a known problem in cardiovascular research: Subjects in cardiovascular disease clinical trials are typically 80 percent male, even though heart disease kills men and women at about the same rate. The result?

“We’ve developed a male paradigm and treatment options that work better for men,” she said.

Her research is aimed at understanding the differences in molecular mechanisms that regulate blood pressure in males and females, which could ultimately lead to more effective, sex-specific treatment of cardiovascular disease.

“The external grants are extremely competitive, especially for new research,” she said. “The fact that the institution provides funding for pilot studies is critical for faculty to develop new projects.”

To learn about opportunities to contribute to the Intramural Grants Program and help jump-start critical research, call 706-721-4001 or email
Ralph Alee at ralee@augusta.edu.

Mine the Past: Everything Old is New