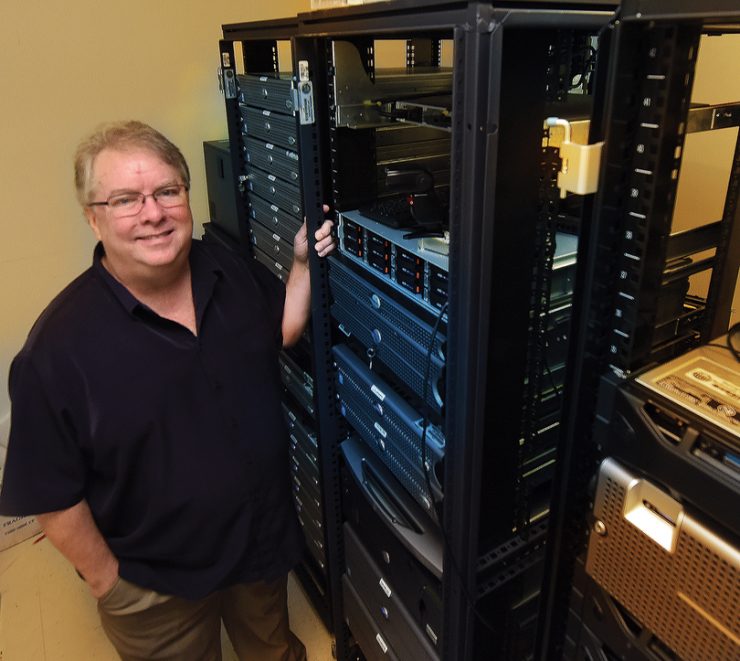 Dr. Richard A. McIndoe, bioinformatics expert and associate director of the Center for Biotechnology and Genomic Medicine at the Medical College of Georgia, has received a $12.8 million grant to continue to lead a national research initiative focused on reducing the complications of diabetes.

This is the fourth time McIndoe has been selected to lead the administrative, scientific and informatics infrastructure for the Diabetic Complications Consortium, a program of the National Institute of Diabetes and Digestive and Kidney Diseases.

Nearly 10 percent of the U.S. population has diabetes, according to the Centers for Disease Control and Prevention. Complications from the pervasive disease include nerve and kidney damage, high blood pressure, cardiovascular disease and stroke as well as skin and eye complications, according to the American Diabetes Association.

The Diabetic Complications Consortium (see diacomp.org) provides a cross section of support designed to move science and ultimately patient care forward, including funding short-term studies in animals or humans to better understand and prevent complications, the primary cause of diabetes-related deaths, says McIndoe, who is also a Regents’ Professor in the MCG Department of Obstetrics and Gynecology.

DiaComp also supports summer programs for medical students to inspire the next generation of diabetes complications investigators as well as scientific gatherings on relevant topics.

The consortium’s Pilot & Feasibility Program is a competitive, peer-reviewed program that provides $100,000 in funding for one year to enable researchers to pursue novel complications treatment and prevention strategies. About 20 grants are awarded each year from more than 80 proposals, a roughly 20 percent funding rate that is slightly above the average 18.1 percent success rate for the National Institutes of Health’s research project grant. The research project grant, commonly called RO1, is the NIH’s oldest grant mechanism for supporting health-related research and the NIH’s largest single category of support. RO1s, which average today about $428,000, typically require significant justifying data in hand when an application is made. One goal of the Pilot & Feasibility Program is to enable investigators to obtain the pilot data needed to secure an RO1, McIndoe says.

“There are some very clever people with some very good ideas, but they just don’t have enough data to be able to submit for a full RO1,” he says.

“Not every grant is going to result in a larger grant and significant scientific findings that will translate to healthier patients, and we know that going into it. But if you hit more often than not, which we have been successful at doing, it will move the science forward,” McIndoe says. “It’s a wonderful program to build the knowledge base about diabetic complications.”

Early in the process each cycle, the consortium’s External Evaluation Committee determines a short list of high-impact areas of diabetic complications research that fall within the realm of the NIDDK and are eligible for DiaComp support. Applications are submitted in June, and award notices typically go out in September. This year’s foci include innovative technologies to analyze tissue from organs most affected by diabetes, such as the kidneys, and biosensors that can improve understanding of the damage diabetes does to various cell types. Others include thin bacterial films called biofilms, a virulent community of microorganisms whose role in diabetic complications has not been well explored; the relationship between insulin resistance, an early indicator particularly of type 2 diabetes, and neurological problems like dementia; and novel ways to block diabetic complications.

The consortium’s Summer Student Program provides support to first- and second-year medical students who want to do research at the nation’s NIDDK Diabetes Centers (see niddk.nih.gov/research-funding/research-programs/diabetes-centers) over the summer. This program funds about 18 to 20 students annually and concludes with an annual August gathering and poster presentation at Vanderbilt University. A big message at that conference is encouraging students to become physician-scientists, McIndoe says. There also are roundtable discussions with residency program representatives about what they look for in future residents as well as future funding opportunities for the young investigators.

The Conference Support Program enables organizations to start new conferences in the area of diabetic complications. The Collaborative Funding Program looks to support novel clinical trials that will improve the outcome of diabetic foot ulcers, a common cause of lower leg amputation in patients with diabetes that can result from poor circulation and nerve damage.

McIndoe manages the myriad information generated, disseminated and received through programs like the funding and student programs and has developed automated or semi-automated programs to ease the processes. This cycle he also plans to update the consortium’s website.

The extensive raw scientific data generated through the work of the consortium and its awardees is shared broadly with the scientific community.

“I like the idea of providing a clearinghouse for diabetic complications data; there really is no other place that does that. You can think of it like an electronic lab notebook,” McIndoe says.

Unlike data published in journals, which only provides a glimpse of the actual information obtained, the consortium makes complete data sets available to scientists who may have a different interest or angle. It also helps scientists reduce unnecessary replication and fine-tune their work.

Diabetes has been McIndoe’s career-long focus, beginning with his PhD work in immunology and molecular pathology at the University of Florida, which he completed in 1991. He joined the MCG faculty in 2002 and in 2008 was recognized as an emerging research and development leader at a Georgia research university with a Georgia Research Alliance Distinguished Investigator Award. 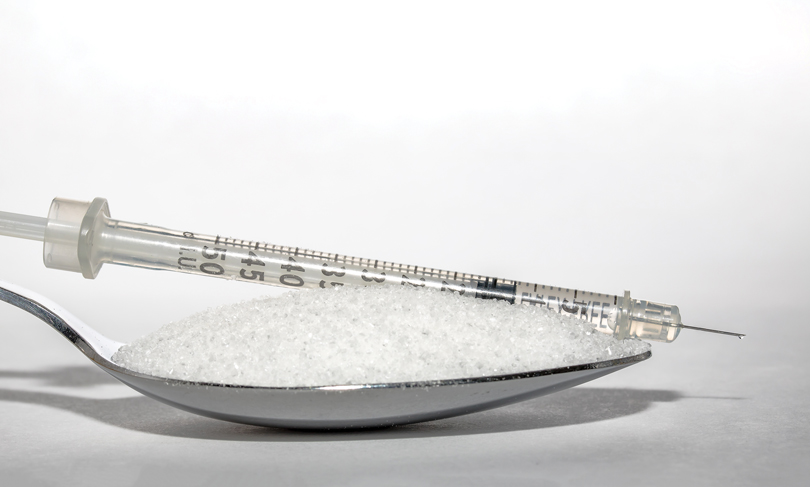