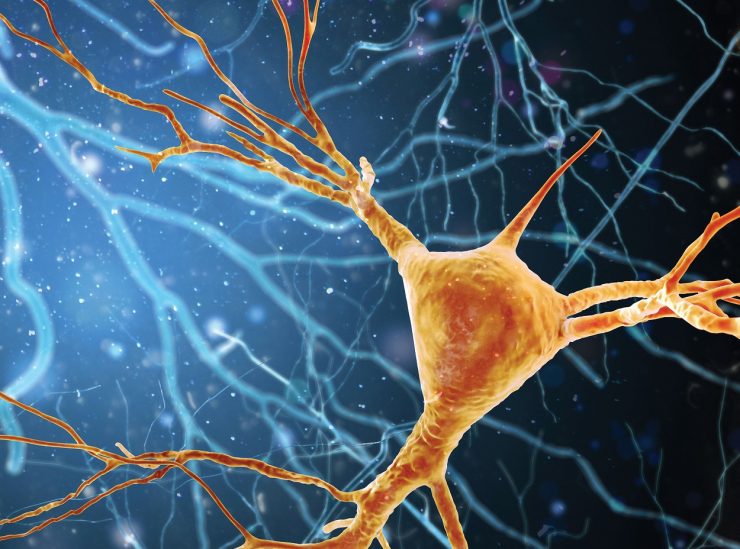 Enhancing care of the brain

The MCG Department of Neuroscience and Regenerative Medicine, under the leadership of Dr. Xin-Yun Lu, department chair since July 2019, has been making strategic hires of scientists with expertise in and passion for life-changing neurodegenerative conditions like spinal cord injury, Parkinson’s, Alzheimer’s, ALS and PTSD. The Departments of Neurology and Medicine in collaboration with the Georgia Cancer Center have hired neurooncologist Dr. John Henson to enhance treatment of brain tumors and other nervous system tumors. Prevention expert Dr. Martha Tingen and Psychiatry Chair Dr. Vaughn McCall, an expert in the trifecta of suicide, depression and insomnia, are taking on suicide, an increasing cause of death in the United States.

Reconnecting the Brain and Body

Despite what we may have heard, there are a handful of places where adult humans can generate neurons.

The obviously highly busy olfactory bulb, which sits in our forebrain at about the same level as the top of our nose and where we process odors detected by the cells in our nasal cavity, is really good at it. Until we get old anyway, so is the dentate gyrus, part of the hippocampus, which is critical to learning and memory. But not our spinal cord, which endlessly relays messages between our brain and our body.

Dr. Hedong Li, molecular neuroscientist, studied retinal and brain development early in his career, and remains fascinated by how neurons, or nerve cells, a fundamental working unit of the central nervous system that enable everything from sight to thought to movement, develop. “I am so curious about why it happens, how it happens,” he says.

Much of his focus today is on encouraging the injured spinal cord to make it happen.

Like a well-functioning highway or high-speed internet, the spinal cord has ascending and descending fibers to and from the brain. “If you have an injury in the spinal cord you basically block the highway,” he says. So he is building a workaround.

“We know cell reprogramming is feasible and we can do it. Now we need to know how do we make this optimal in order to translate this into a clinic so it can lead to functional recovery in spinal cord injury,” he says. “We have a lot to do.”

If it sounds astounding that scientists can help produce functioning new neurons that will make synapses so they can reach out to each other and reach around an injury site, Li says it isn’t really. “It’s all in the genome,” says Li. “Every cell has the same genome, right? All the sequences are there you just have to turn on the right program,” he says referencing the four base pairs of our DNA, — adenine, cytosine, guanine and thymine — which line up in endlessly different combinations to make us. In his case, Li is looking back to his fascination with how neurons first develop and making use of key components to make more of them.

Healthy neurons in our nervous system normally have a lot of good support, about a 10 to 1 ratio of glial cells like astrocytes. Within the central nervous system, which includes the brain and 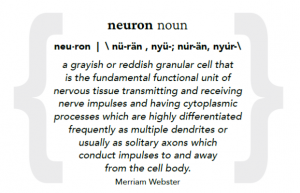 spinal cord, there are at least two other glial cell types — oligodendrocytes and microglia.

But astrocytes are the most common of these supportive cells, and their many essential duties include supporting the synapses, including recycling neurotransmitters, the chemical messengers that neurons pass between each other to incite action; cleaning up after neurons die; and helping ensure neurons get the right amount of blood and fuel so they live and function well. When astrocytes don’t work well, it can contribute to neurodegenerative diseases like amyotrophic lateral sclerosis, or ALS, and Parkinson’s.

When injury happens, like the impact of a car wreck that cracks the boney spine which then severs the spinal cord it was designed to protect, astrocytes appear to further step up their game, growing their number and becoming more reactive. Meanwhile, the neurons they are there to support tend to be more vulnerable to injury and death and do not spontaneously regenerate.

Astrocytes’ proliferation and ramped up stance in the face of injury is likely a function of their natural protective role, as immune cells move in,
inflammation increases and all the glial cells react to multiple factors produced, Li says. Astrocytes even literally change shape, deposit a glue-like extracellular matrix around the injury site, likely with the idea of helping contain the injury like a tourniquet can stop bleeding, but ultimately the glue becomes the foundation and astrocytes themselves become part of a scar, which can further impede communication through the injury site.

But he has developed a way to help tweak this scenario, taking advantage of the proximity of the apparent astrocyte surplus while helping normalize their function in the process.

Li is principal investigator on a two-year, $423,000 R21 Exploratory/Development Research grant from the National Institutes of Health that is enabling he and his team to use a construct he has engineered to aid repair of an injured spinal cord by converting those astrocytes into neurons.

It’s all about balance

The construct takes advantage of the common adeno-associated viruses’ ability to target a cell, in this case to deliver to astrocytes a gene that will increase the amount of NeuroD1 present. NeuroD1 is a neuron-specific transcription factor that helps turn on genes directly related to stem cells becoming neurons during our development. Part of the package is also an element that will make NeuroD1 more responsive to microRNA-124, which is skilled at turning genes down and plays a critical role in the formation, differentiation and maturation ofneurons, once astrocytes become neurons.

The pairing seems logical because Li and his team have shown NeuroD1 can convert — one to one — the multitude of reactive astrocytes that show up after injury into new neurons in the brain and spinal cord. But as complex as that is, it’s not that simple.

Li was corresponding author of a paper published in December 2020 in Frontiers in Cell and Developmental Biology that reported NeuroD1 converts astrocytes into neurons following a spinal cord injury, and that these converted neurons could mature and become part of the spinal cord wiring — even long after an injury. However, the process results primarily in excitatory neurons. Li has evidence that part of the reason for the resulting paucity of inhibitory neurons is that while high levels of NeuroD1 are needed to make the desired reprogramming happen, levels remain high afterward. Normally following development, NeuroD1 levels are low and what those persistent high levels will do to the new neurons is another unknown.

The bottom line is his construct helps ensure a more natural, healthy balance of excitatory neurons, which promote neuron firing so we can do things like walk and think, and inhibitory neurons, which suppress excessive firing, which can result in problems like seizures.

“We want to get things back to normal,” Li says. “We think it’s a smart strategy. The R21 grant is basically to test that idea,” Li says. If he is right, they will have, not the only way, but a working way to retool an injured spinal cord.

The new grant is enabling analysis of the efficiency of his construct in an injured spinal cord, including the makeup of the resulting neurons and whether the new neurons improve function. The long term goal is a treatment for patients.

He and Dr. Sergei Kirov, neuroscientist and director of the 2-Photon Microscopy Core in the neuroscience department, have watched in three-dimension as NeuroD1 transforms astrocytes into neurons in the brain over a couple of weeks, and seen the reactive cells change shape and become a smaller cell body with long processes, or synapses, that can connect with other neurons, toward the end of week two. They are working on a way to also view this transformation within the thin, cylindrical — about the circumference of your little finger in humans — spinal cord.

While other scientists focus on regenerating broken axons — the long, slender nerve fibers that conduct electrical activity away from a neuron — through the spinal cord injury site, Li and his colleagues are working on more of a workaround, like the roundabouts popping up on roadways to help keep traffic moving.

Like those roundabouts with our vehicle speed, the workarounds may slow the speed of neuronal communication a bit, but should reestablish those lost connections.

Li says he has traditionally viewed himself as a doer not a dreamer, but he is working on some personal reprogramming to become one.

One of the first things he did after arriving at MCG in late 2020 was to visit the Spinal Cord Injury Unit at the Charlie Norwood VA Medical Center just across the street from MCG’s teaching hospitals, the AU Health System.

The 40-year-old unit is one of the VA’s largest for both veterans and active duty personnel. That visit kindled a dream for his next construct to be a spinal cord injury research center in Augusta.

Li received his undergraduate and master’s degree in biochemistry from China’s prestigious public research university Nankai University. Then came to the United States where he earned a master’s in biochemistry from Wayne State University followed by a PhD in molecular neuroscience, also at the Detroit-based university. He did his postdoctoral work at Keck Center for Collaborative Neuroscience at Rutgers University, and became a research associate in 2001 and joined the faculty in 2005. He went back to China in 2009 and became a professor at West China Women and Children’s Hospital of Sichuan University before returning to the U.S. to join the faculty at Penn State University in 2015.