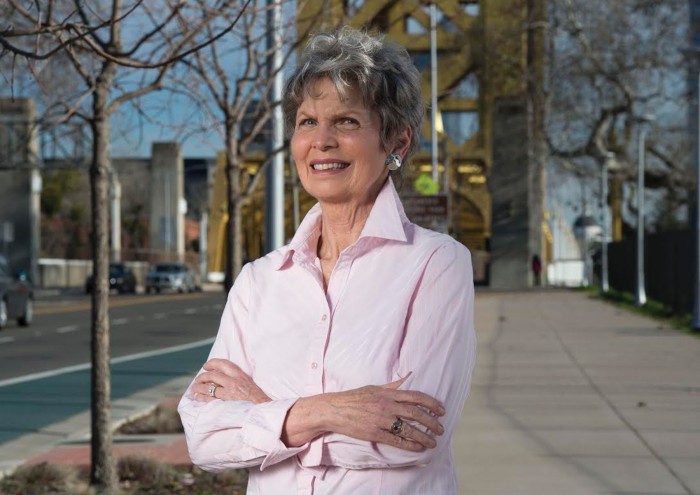 Graduating from Augusta College in 1968 with a bachelor’s degree in history and deciding she didn’t like her prospects as a teacher, Walters answered a postcard from an Air Force recruiter and never looked back.

“I got it on Friday, put it in the mail on Saturday and got a call on Monday,” she says. “I had a physical on Tuesday, an interview Tuesday evening and, on Wednesday morning, I was driven to Atlanta, sworn in and flown to Texas for Officer Training School.”

From that time on, she’s been a trailblazer.

Stationed everywhere from Labrador to Europe to a couple of stints in California, she joined at a time when there were fewer than 200 female line officers [nonmedical] in the Air Force.

Challenging, yes. But Walters always found a way to rise above.

“I learned to make it in a man’s world, but I leaned on my Southern charm to do it,” she says. “I’ve always been delightful … and competent.”

She put down roots in Sacramento after she retired in 1988, working for California Gov. Pete Wilson as one of seven members on the California Veterans Board. Later, she became involved in state-level politics, and now, she helps nonprofits work their way through long-term projects.

On a recent visit to attend her 50th high school reunion, Walters was impressed by Augusta University’s prominence in her hometown.

“Augusta gave me a strong foundation for my life,” she says. “I’m happy to be able to say, ‘I’m a graduate of Augusta University.’”