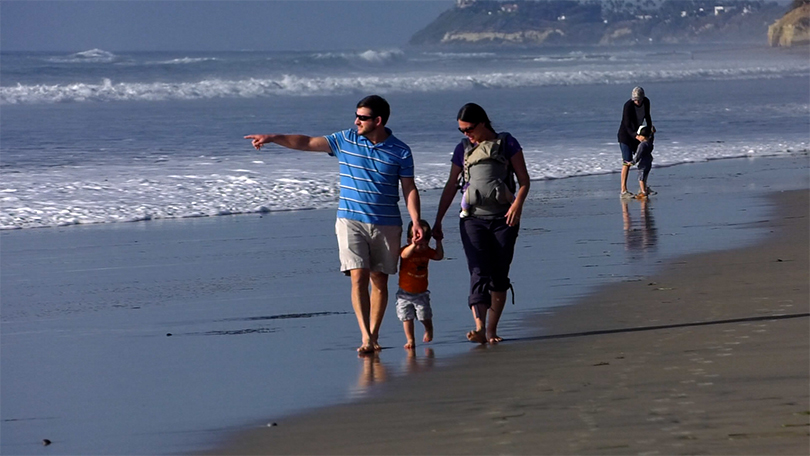 When David (MD ’09) and Diantha (MS ’06) La Vine moved to San Diego in 2009, David was starting his three-year residency at the University of California San Diego, and at the time, they figured they’d probably move after he was done. They were Southerners, after all — David was born in Marietta, Georgia, and Diantha was raised in South Carolina — and California was a long, long way from home.

But San Diego didn’t just grow on them — it seduced them.

“I feel like we have a little bit of everything out here,” Diantha says. “We’re by the beach, so we can see the water any time we want, but we’re also not very far from the mountains, so there’s really great hiking and all sorts of outdoor activities, too.”

The couple met while attending the Medical College of Georgia (for more about their courtship, watch Home Is Where the Heart Is), and while David was beginning his medical career in San Diego, Diantha was putting her medical illustration degree to work, first on a contract basis and later with a local research institute.

Southerners or not, as the parents of two with another on the way, they say they’re lucky to be raising children in such a beautiful area surrounded by so much to do, and they show little interest in leaving.

“There’s the zoo, there’s SeaWorld, there’s Legoland — all within a 15-minute drive,” she says. “Not that we do those things every day, but we do see the water every day, and that’s such a blessing.”

A blessing that comes with a gritty downside.

“We’re always covered in sand,” she says, laughing. “It’s a constant battle, but it’s OK. We have a good vacuum.”

“I could not have been so well-positioned for residency without the excellent curriculum and professors at MCG. I felt supported throughout my time in medical school, both during the didactic years and also throughout the clerkship years. Diantha and I are thankful for our experiences and training at MCG.”
—David La Vine