A Question of Sleep 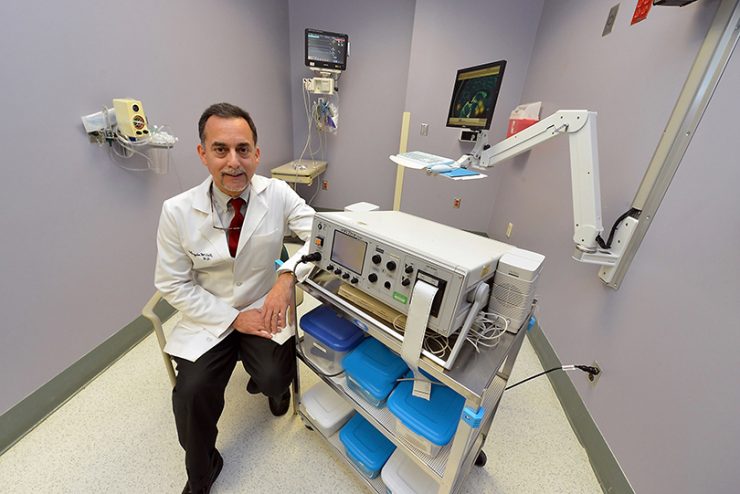 The question Dr. Vaughn McCall, chair of the Department of Psychiatry and Health Behavior at the Medical College of Georgia, and his team of researchers wanted to answer seemed simple enough: Could the targeted treatment of insomnia reduce the risk of suicidal thoughts and behavior?

Funded by the National Institute of Mental Health, the Reducing Suicidal Ideation Through Insomnia Treatment (REST-IT) study was the first clinical trial to study that question, and it was considered so noteworthy that the American Journal of Psychiatry included it as one of its 2019 Articles of Import and Impact.

The eight-week randomized controlled trial included 103 participants with major depressive disorder, insomnia and suicidal thoughts. All took an antidepressant, and half took a prescription sleep aid at bedtime.

While their findings didn’t support the routine prescription of sleeping pills for the treatment of suicidal ideation, they did support the idea that insomnia serves as a risk factor for suicide and that reducing insomnia could help prevent suicidal thoughts.

According to McCall, during the course of the study, there were no suicide attempts among the study group and no adverse events that put anyone’s life at risk. Not only that, but at the end of the eight weeks, the participants didn’t need the sleeping pills anymore.

Sleep aids are considered somewhat controversial in the profession because of their negative effects, including the possibility of addiction, but for McCall, they represent the real-world scenarios facing patients.

“Even though it’s not using the so-called preferred first-line treatment (behavior modification), it’s probably what’s going on in reality,” he says. “The number of primary care practices that have access to deliver behavior modification for insomnia is very small.”

To McCall, it’s an important distinction, and the fact that the participants were able to continue to benefit after stopping was significant.

“Hopefully, that will make doctors feel like they can go in and do a time-limited course of treatment,” McCall says. “Antidepressants take a number of weeks to work, so maybe the sleeping pill provides a symptom treatment bridge while they’re waiting for the antidepressant to come online. Once you’re eight weeks into it, the antidepressant is probably doing whatever it needs to be doing, and the sleeping pills aren’t necessary.”

A larger takeaway — that clinical trials of populations with mild to moderate suicidal ideation can be undertaken without any serious events — is particularly encouraging, especially since patients who are suicidal aren’t always included in clinical trials. McCall is associated with a secondary study looking at the implications of this exclusion.

Suicide is the No. 2 killer of all people between the ages of 15 and 35, McCall says — second only to accidental injuries. It’s also largely a rural problem: The highest rates of suicide occur in rural and “small metropolitan” areas.

Banking for the Future