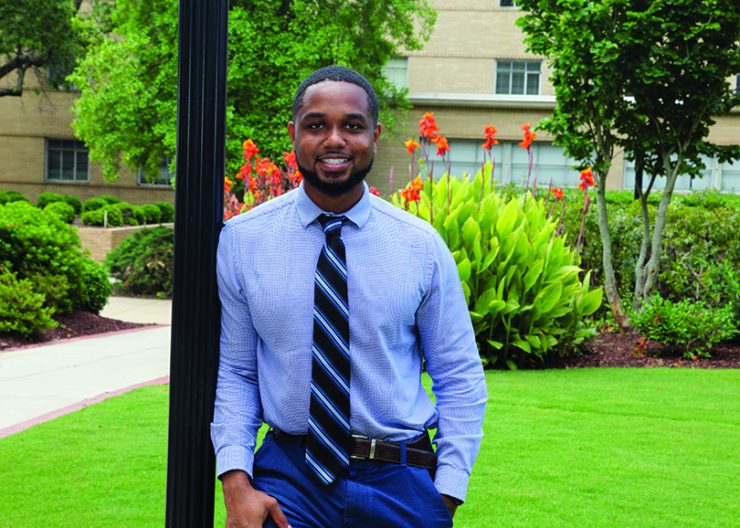 While counties in populous metropolitan Atlanta had the highest number of COVID-19 cases in the initial weeks following Georgia’s first reported case, it was rural Southwest Georgia counties, with a higher number of Black residents and lower number of ICU beds, experiencing the highest rates of infection and death per capita, investigators report.

Among those counties with more than 10 cases, Terrell and Dougherty counties, both included in the Albany, Georgia Metropolitan Statistical Area, along with the Southwest Georgia counties of Randolph and Early, had the highest mortality rates in those first seven weeks ending April 24. By the end of their assessment period, Georgia counties with 50% or greater Black residents had a 79% higher incidence rate than those with less than a 50% Black population, and twice the mortality rate.

These more rural Georgia counties also had a lower number of intensive care beds and primary care physicians per 100,000 population, Dr. Justin Xavier Moore and his colleagues report in the Journal of the American College of Emergency Physicians. They also had more individuals age 60 and older earning under $20,000 compared to counties experiencing lower mortality rates.

It’s likely that higher death rates in counties with less ICU beds are tied to treatment delays resulting from the need to transport patients elsewhere, investigators say. These counties identified as hotspots for COVID-19 are known as well for higher death rates from diseases like stroke and sepsis, corresponding author Moore and his colleagues say.

“Hospital critical care capacity represents the most important medical care factor for preventing deaths from COVID-19,” they write. “Understanding the geographic areas that have the highest disease burden and morbidity will allow policy makers, public health professionals and critical care providers to appropriately allocate resources and adequately prepare for the disease pandemic for specific populations.”

Race and rurality often are connected in disease, as they are in COVID-19, says Moore, epidemiologist in the Department of Population Health Sciences at the Medical College of Georgia. “It’s like these are different ingredients of a horrible recipe.” 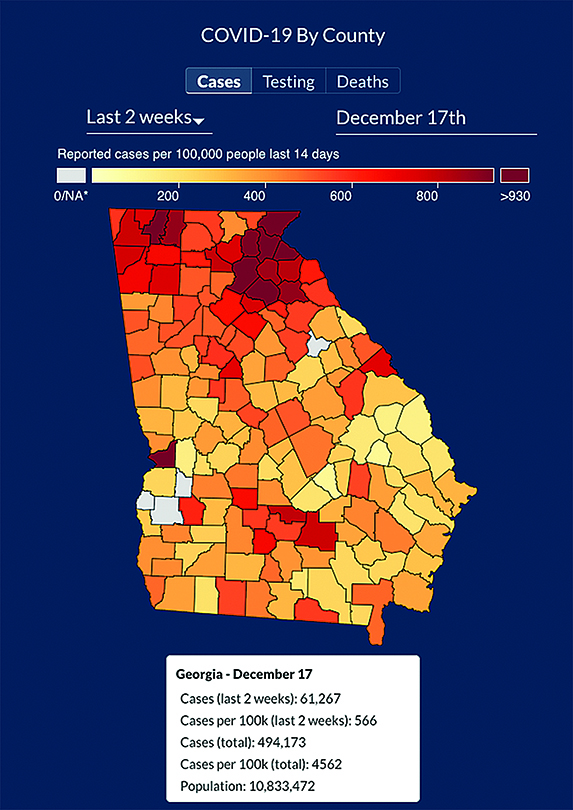 That recipe also consistently includes poor social determinants of health, such as the conditions where you live, learn and work, mixed with a low proportion of health care services in many of these areas, which tends to have a multiplier effect that can overwhelm health services that are available and enable disease, Moore notes. An established history of distrust of health care systems by Blacks, resulting from realities like the 40-year Public Health Service/Tuskegee Institute study in which Black men with and without syphilis were followed for decades with some care but no actual treatment for syphilis, make some hesitant to seek care, Moore adds. Conflicting information that emerged and continues to emerge about COVID-19 likely also fuels that flame.

MCG investigators and their colleagues at Kaiser Permanente in Oakland, California, encouraged state and local governments to strongly support the southwestern portion of  the state with more ICU beds, ventilators and emergency medical staff. “We can’t just take our foot off the gas pedal,”
says Moore.

“As a nation, we need to really rethink how we approach public health,” he says to dramatically reduce lost lives and to prevent already struggling economies from being decimated by disease. Systemic racism plays a huge role and work must be done to repair relationships, he says.

“I honestly believe a lot of people are afraid to seek certain care because of discrimination,” so people may present with more advanced cases of all kinds of diseases, including COVID-19. Now is a good time to make permanent change, rather than a trend that passes like a hashtag, he says.

Initially one out of every two people who got seriously ill with COVID-19 died in Georgia’s rural, largely Black communities, he notes, while today death rates are closer to 10% and to those from other serious medical problems like sepsis in the rest of the country, he says.

“Lung cancer, sepsis, colorectal cancer, diabetes … they all have a different pathophysiology in the sense of how they break down your body, but the problem is we have a persistent and long history of systemic racism disadvantages that have made it to where the social determinants of health are so heavily skewed in a negative way for Blacks, Hispanics, the darker you are basically,” Moore says. “It’s not surprising; it’s saddening and frustrating. The thing is, we just need better health care for people, period. I don’t know how else to put it.”

Through April 24, there were 22,147 confirmed cases and 892 confirmed fatalities from COVID-19 in Georgia. As of June 22, the Georgia Department of Public Health was reporting 64,701 cases and 2,643 deaths in the state; Moore is currently doing a data review to see if the clear disparities he saw early in the disease spread continue to hold. Looking at deaths per 100K population more recently, the Southwest Georgia counties of Turner, Terrell, Randolph and Early were leading the state in mortality rates, according to the Department of Public Health. In May, largely Black and rural Hancock County in Central Georgia also emerged as a hotspot with high death rates.

Fulton County in metropolitan Atlanta —which has the largest population in Georgia and is about 45% Black according the latest U.S. Census Bureau facts — had the highest number of confirmed COVID-19 cases, in fact the first two cases reported in Georgia were in Fulton County, the Georgia Department of Public Health reported March 2. The two individuals lived in the same household and one had recently returned from Italy.

Georgia counties with a larger percentage of male residents also had significantly higher (19%) mortality rates from COVID-19 than those with higher percentages of females, investigators at MCG and their colleagues say. Other studies have suggested that males are more likely to have serious disease and to die.

The current study looked at the impact of COVID-19 in all 159 Georgia counties from March 3 through April 24 and got the county specific information on confirmed cases and deaths from the Johns Hopkins 2019 Novel Coronavirus Data Repository. Investigators then linked COVID-19 data with county-level data on related issues like socio-demographics, access to health care and hospital critical care infrastructures from sources like Centers for Medicare & Medicaid Services hospital reports, Moore says.